CENTRAL GOK INCREASES PRODUCTION OF CONCENTRATE BY 10% IN TEN MONTHS 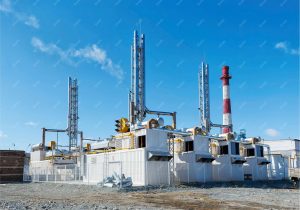 Central Mining and Processing Plant (Central GOK, Kryvy Rih, Dnipropetrovsk region), a member of Metinvest Group, in January-October of this year, according to recent data, reduced the production of pellets by 2% compared to the same period last year – up to 1.86 million tonnes.
As the Interfax-Ukraine agency was informed in the company, 76,000 tonnes of pellets were produced in October, while in September – 202,500 tonnes.
For the ten months of 2020, the production of iron ore concentrate increased by 10.3% compared to the same period in 2019, up to 4.079 million tonnes, including 443,970 tonnes produced in October (in September – 399,520 tonnes).
“The reason for the decrease in production of pellets in October compared to the previous month is the autumn repairs at the pelletizing plant – the work was carried out for 21 days,” the company reported.
As reported, Central GOK in 2019 increased the production of pellets by 4.3% compared to the previous year, to 2.402 million tonnes, iron ore concentrate, by 0.5%, to 4.436 million tonnes.
Central GOK is one of the five largest producers of mining raw materials in Ukraine. It specializes in extraction and production of iron ore raw materials – concentrate with an iron content of 65% and 68.2%, as well as pellets with an iron content of 63.9%