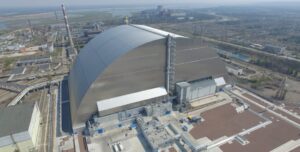 The presence of specialists from the International Nuclear Energy Agency (IAEA) at Ukraine’s nuclear facilities is very important, and they will arrive there in the very near future, primarily at the Chornobyl nuclear power plant, Director General of the agency Rafael Mariano Grossi HAS said.
“We see this as a step in the right direction. We are going to be there very soon, because in Chernobyl there is a lot of work to be done,” he said at a press conference in Vienna on Friday, following visits to Ukraine and Russia March 29 through March 31.
According to him, at this facility, due to power outages or physical damage, there could be a lot of things that could be turned off or fail. At the same time, during the occupation, remote monitoring of radiation indicators did not work.
Ukrainian specialists know how to do their job. But this does not mean that international assistance and cooperation will be superfluous, Grossi said.
According to him, the experience of operating nuclear power plants in the conditions of hostilities has shown that assessing the situation on the spot is much more reliable and efficient than using information from other sources.
In addition, the head of the agency added, it is necessary to check the safety of nuclear material. There are some things that can only be done by IAEA experts, Grossi added.
According to him, he does not know for what reason the Russian troops left the Chornobyl nuclear power plant. They did not tell him about why they left. He said that this could be the decision of the military authorities. And this is not what we discussed with the Russian side in Kaliningrad after a visit to Ukraine, the head of the IAEA said.
He called the general radiation situation around the Chornobyl nuclear power plant quite normal, while allowing some increase in radiation indicators during the withdrawal of troops, which was also observed during their entry to the plant site.
There was a relatively elevated level of localized radiation due to the movement of heavy vehicles during the occupation of the station. And, apparently, this could take place again at the exit, Grossi said.
He confirmed that he had heard about the possibility of radiation contamination of some of the Russian military, but noted that he had no evidence of this.
As for the provision of assistance to Ukraine, according to Grossi, due to hostilities, it may be complicated. However, the IAEA will try to provide it, he said.
In the case of Chornobyl, it is one thing, and in the case of the other plants, it is about the distance and the military situation. One of them remains under the control of the Russian forces. So this will undoubtedly require a different approach, but nothing makes Grossi think that this impossible to do, the head of the IAEA said.
He did not specify what kind of assistance could be discussed, referring to ongoing negotiations with the Ukrainian side on this issue, and asked journalists to be patient.
Commenting on the progress of his initiative on the necessary steps to reduce risks at Ukrainian nuclear facilities, Grossi said that he had abandoned the idea of a trilateral plan in favor of working on a bilateral basis. 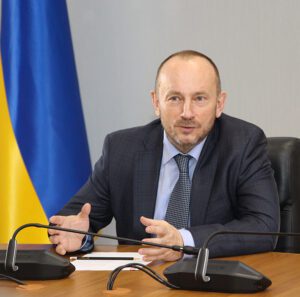 Head of the State Customs Service Pavlo Riabikin considers the idea of transferring the function of foreign exchange control of the customs processing regime to be unrealistic. However, he admits the possibility of expanding the amount of information that the customs office transfers to the National Bank of Ukraine (NBU).
“Now in certain circles they are discussing the possibility of transferring the function of FX control of the customs processing regime to the State Customs Service. But this idea seems unrealistic to me, since this is not part of the customs function,” Riabikin said in an exclusive interview with Interfax-Ukraine.
The authority does not have either the appropriate specialists or technical capabilities, he added.
“But to improve interaction with the National Bank and help the regulator in FX control, in my opinion, it would be possible to consider expanding the volume of information that is transmitted from us to the National Bank,” Riabikin said.
In Ukraine, in September 2018, amendments to the Customs Code were adopted, which provided for the possibility of placing goods under the customs processing regime, regardless of the type of contract and forms of payment. This is a favorable regime for external investors, which allows importing raw materials into the country without paying taxes, producing finished products and selling them for export.
“Today, 355 enterprises process imported raw materials in this mode on the customs territory of Ukraine,” Riabikin said.
“Let me remind you: in Ukraine, the subjects of FX supervision are the National Bank and the tax service. Customs in this story performs a semi-technical function. We participate in FX control only in transferring information from customs declarations to the National Bank in accordance with a special instruction from the regulator,” he said.
At the same time, the volume of transmitted information is limited. Information in four of the 54 columns that appear in the document is given, the head of the service said. 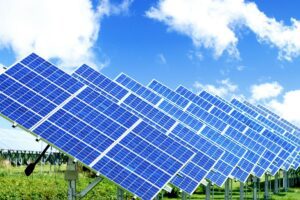 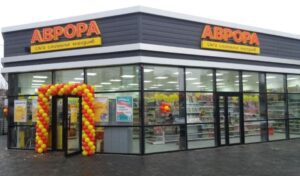 Cypriot Dealbeta Investments Limited, created by Emerging Europe Growth Fund III (EEGF III) private equity fund managed by Horizon Capital, intends to gain control over the Cypriot company Avroretail Investments Limited, the owner of the Avrora social store network.
According to the website of the Antimonopoly Committee of Ukraine (AMCU), the relevant issue was included in the agenda of the commission’s meeting on June 24.
According to the report, Dealbeta Investments has already entered into a shareholder agreement with the citizens of Ukraine and Avroretail Investments, which contains provisions on concerted actions and restrictive obligations for a period of five years.
According to the state register, Avroretail Investments, registered in March of this year, in April became the owner of Prior Investments LLC (Scherbany village, Poltava region) with Seven A LLC (Poltava) instead of the co-owner of the Avrora chain, Poltava businessman Lev Zhidenko, and Vyhidna Pokupka LLC (Poltava) instead of Zhidenko (who owned 33.74%), Taras Panasenko (56.75%) and Lesia Klymenko (9.49%). Promyslova 9 LLC (Vinnytsia), which belonged to Zhidenko and Panasenko on a parity basis, was also registered for Avroretail.
Vyhidna Pokupka LLC (until May of this year – Lafesta) last year increased its revenue 2.4 times, to UAH 1.011 billion, and net profit – 2.2 times, to UAH 55.9 million.
According to the information on the website of the Avrora chain, its stores operate in almost all regions of Ukraine in the One Dollar Store format. 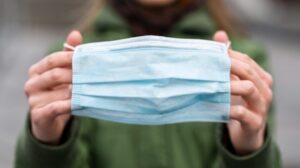 The government is exploring the possibility of strengthening control over visitors from the UK, India, Russia and Portugal to prevent the circulation of the “Delta” (Indian) strain of coronavirus (COVID-19), Health Minister Viktor Liashko said.
“At the Cabinet of Ministers we considered the possibility of strengthening control over people who come from four countries, Great Britain, India, Russia and Portugal, where the greatest circulation of the so-called Delta virus,” he said at a press conference in Kyiv on Wednesday.
As noted by Liashko, the peculiarity of the Delta strain is that it is transmitted faster and leads to hospitalization faster.
“This leads to the fact that hospitals fill up rather quickly, in particular, we see this in Russia,” he said. 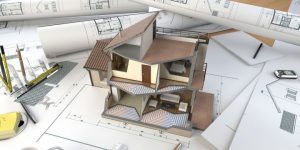 The powers of architectural and construction control will be transferred to local authorities by the end of 2021, Minister of Communities and Territories Development of Ukraine Oleksiy Chernyshov has told Interfax-Ukraine.
“My mission as minister of communities and territories development is to transfer powers to the communities. The deadline will be determined by law [on the reform of the system of architectural and construction control]. The beginning of a new budget year would be perfect so that communities have the opportunity to prepare for the high-quality performance of their powers,” Chernyshov said.