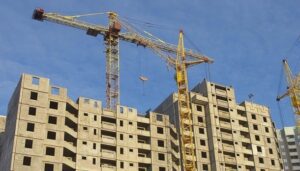 President of Ukraine Volodymyr Zelensky has said that he welcomes the signing of an intergovernmental agreement between Ukraine and Turkey on housing construction for Crimean Tatars, which will allow the construction of about 500 residential apartments, including for internally displaced persons.
“I welcome the signing of an intergovernmental agreement between Ukraine and Turkey on cooperation in the field of housing construction. This makes it possible to build about 500 apartments for representatives of the Crimean Tatar people and other internally displaced persons. This is a very important humanitarian project that will bring the peoples of Ukraine and Turkey closer together,” Zelensky said at the ceremony of signing Ukrainian-Turkish documents with Turkish President Recep Tayyip Erdogan.
In addition, according to Zelensky, “further liberalization of trade and economic relations between Ukraine and Turkey is important.”
“The signing of a bilateral free trade area agreement will be able to significantly increase the momentum of cooperation,” Zelensky said.
“This is a very important step that must be taken in accordance with the national interests of each of the countries, because we agreed with the President of Turkey that the relevant institutions of our countries will conduct a very substantive audit of all controversial issues and find a mutual compromise that will open the way to signing of this important document,” the president added.
The presidents also discussed the prospects for Turkish investments in Ukraine, in particular “opportunities for large-scale privatization in the field of investments in seaports, as well as cooperation in the energy and military spheres, including aircraft construction.”
“Our goal is the implementation of specific projects, the creation of joint ventures, the exchange of experience and technologies,” the President of Ukraine said.