CZECH REPUBLIC CAN NO LONGER ACCEPT REFUGEES FROM UKRAINE 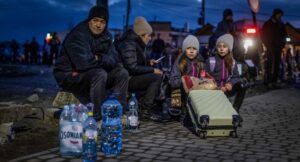 Approximately 270,000 refugees from Ukraine have arrived in the Czech Republic, and the authorities are already running out of resources to accept everyone who wants to stay in the country without any problems, Czech Prime Minister Petr Fiala said on Thursday.

“We have to admit that we are at the very edge when we can accept [these refugees] without problems,” the Associated Press (AP) quoted the prime minister as saying.

According to the agency, the majority of Ukrainian refugees are women and children.

AP notes that the Czech government is making efforts to issue long-term residence permits to refugees in the country, to ensure their access to health care and education. Also, a plan is being discussed at the parliament to allow refugees to be hired even without documents authorizing the performance of work. 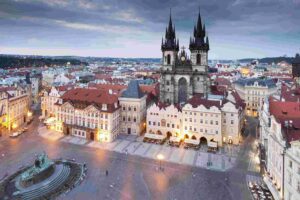 The rules of entry to the Czech Republic for vaccinated Ukrainians have been preserved, Ukrainian Foreign Minister Dmytro Kuleba has said.“The Czech Republic remains open for travel of vaccinated Ukrainians on the same conditions as before. We continue to work with partners in the EU countries to preserve the freedom of movement of our citizens,” he wrote on his Twitter account. All conditions of entry are available on the website of the Consular Service of Ukraine at: https://tripadvisor.mfa.gov.ua/ 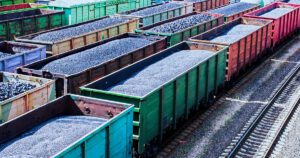 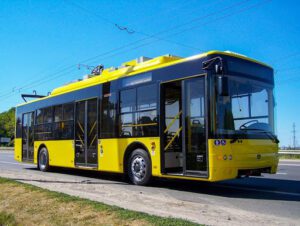 Bogdan Corporation, in a consortium with Czech company Tram For Envi, will supply six new autonomous trolleybuses for the transport company in Jihlava (the Czech Republic) following a tender in which the consortium was declared the winner almost a year ago, the corporation said on its Facebook page on Saturday with reference to the Czech media.
“For the first time, the Ukrainian manufacturer has managed to penetrate the Czech market with new trolleybuses. The signing of the contract can be seen from the data in the register of contracts. The contract was signed almost a year after the transport company Jihlava had declared the association the winner. The purchase will be financed through a European subsidy,” the Czech ezine Zdopravy.cz quoted Bogdan corporation as saying.
According to the contract, the Bogdan T70120 trolleybuses must be adapted to the requirements of the Czech market, in particular, the electrical equipment for them must be supplied by the Czech company Cegelec. The delivery time is estimated at 14 months.
The Czech newspaper notes that before that, for many years, only Škoda Electric had won contracts for the supply of trolleybuses, and the arrival of other manufacturers began to lead to significant price reductions.
As reported, in May 2020, a tender proposal of Bogdan Corporation in a consortium with Czech TRAM FOR ENVI s.r.o. was declared the best in a tender to supply six trolleybuses fitted with traction batteries for autonomous running for a transport company of Jihlava (the Czech Republic). The Czech-Ukrainian consortium offered trolleybuses for CZK 71.4 million (about EUR 2.64 million) or CZK 11.9 million for one trolleybus (EUR 440,300) with an estimated purchase amount of being CZK 82.74 million (EUR 3.06 million).
At the same time, Škoda Electric, which participated in the tender, offered a price of CZK 82.17 million (EUR 3.04 million) or CZK 13.695 million for a trolleybus.

ERU GROUP GETS LICENSE TO TRADE ELECTRICITY IN CZECH REPUBLIC

ERU Europe (the European subsidiary of Energy Resources of Ukraine Group, ERU) has received a license to supply and trade electricity in the Czech market.
“ERU Group is confidently expanding its presence in the European energy market,” the report on the group’s Facebook page says.
As reported, in September 2020, the group announced that ERU Europe had received a license to trade electricity on the Austrian market.
Energy Resources of Ukraine is a group of companies with foreign investments specializing in the implementation of projects in the Ukrainian energy sector. It is one of the largest private importers of natural gas and electricity to the country.
ERU Group belongs to Yaroslav Mudry and Dale Perry. 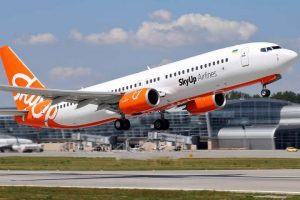 SkyUp Airlines (Kyiv) from April 25, 2021 launches flights on the route Kyiv-Brno (the Czech Republic)-Kyiv.
The press service of the company said the flights will be operated twice a week on Thursdays and Sundays.
The cost of tickets from Kyiv to Brno without luggage starts from UAH 1,016, from Brno to Kyiv from UAH 966.
As reported, the commission of the State Aviation Administration of Ukraine decided to recommend to the head of the service to grant SkyUp the right to operate the Kyiv-London (UK) route for regular flights for an unlimited period from January 4, 2021.