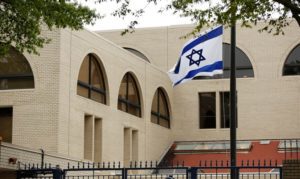 The Israeli Embassy in Ukraine will resume its work on November 1 after a strike announced earlier in protest against the actions of the Israeli Ministry of Finance and the resulting funding problems.
“Our fight has not ended, it has only been temporarily suspended by court order. Tomorrow, on Friday, November 1, we will resume the work of the embassy on an ongoing basis,” the embassy reported on Twitter on Thursday.
The Israeli Consulate in Toronto (Canada) reported on Twitter that Israeli diplomatic agencies around the world were resuming their work. “Our Consulate, as well as other Israeli missions around the world, are back to work. Negotiations between MFA employees and the Israeli Ministry of Finance will continue,” it says.
As reported, on October 30, Israeli diplomatic missions in Ukraine and around the world announced their suspension of work in early hours of Wednesday due to a labor dispute with the Israeli Ministry of Finance. A message was posted on Facebook of the Israeli Consulate in Toronto that the diplomatic mission was on strike.
The Times of Israel said that all Israeli embassies and consulates around the world shut down early Wednesday as diplomats and military attachés went on strike in a long-simmering dispute with the Finance Ministry over expense stipends paid to envoys. The move, coordinated by the Foreign Ministry, the Defense Ministry and the Histadrut Labor Federation, came after the Treasury reportedly backtracked on previous understandings and said it would force the envoys to pay back thousands of dollars that they had been reimbursed for expenses, it said.
The dispute is over expense stipends paid to Israeli diplomats and Defense Ministry envoys stationed abroad that are meant to cover a wide array of expenses, from hosting events at an ambassador’s residence to transport costs.
At the same time, Israeli media say that diplomats have been complaining about low salaries for several years. They also expressed dissatisfaction with the reduction in the cost of the work of diplomatic missions. In 2014, the Israeli union of Histadrut managed to agree with representatives of the Israeli Ministry of Finance to raise salaries for diplomats. However, according to diplomats, this arrangement has not been fully implemented yet.
The closure came into effect at 1 a.m. on Wednesday morning Israel time. Thus, not a single Israeli citizen who is abroad and finds himself in a difficult situation will be able to receive consular assistance, the newspaper notes. 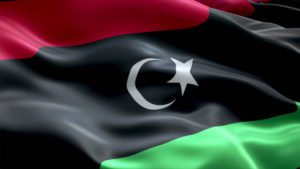 Referring to the decisions of the UN Security Council, international and regional organizations that have recognized the legitimacy of the Presidential Council and the government formed by it (i.e. Government of National Accord) as the only legitimate representative of the executive power in the State of Libya.
Haftar’s declaration of war and the offensive of his troops on the capital city Tripoli is a coup against legitimacy and political consensus.
In the frame of current events, the Government of National Accord emphasizes the following:
– The immediate need to stop the bloodshed in Tripoli and to insist on the return of the aggressor forces to where they came from;
– Attacking the capital by missiles and warplanes, and the recruitment of young people born in 2002-2003, are violation of all international laws and norms of international and humanitarian law;
– The destruction of infrastructure and the bombing of Mitiga International Airport in the heart of Tripoli, at peak hours, terrorizing passengers, all constitutes a clear violation and a crime that is punishable under international law, and are actions prohibited by all international norms.
– The Government of National Accord will submit to the local and international courts all perpetrators and those involved in the actions that caused the death of people and the destruction of public and private properties.
The Government of National Accord calls on the UN Security Council and the international community to urgently intervene by assuming their historical responsibility in order to stop this aggression and deter the perpetrators. At the same time, it stresses that the path of peace is the only way to solve the Libyan crisis through the national gathering that is proposed by the UN special envoy to Libya, to build a democratic civil state and reject the military state.
Finally, the Government of National Accord asserts that this conflict is not a regional or ideological conflict, and that will never be drawn into that. And renews its call for all Libyans throughout the country to give priority to the interests of the country, to unite and work together to overcome the current crisis in Libya.

Embassy of the State of Libya in Ukraine

THE EMBASSY OF INDIA IN UKRAINE, IPMA AND PHARMEXCIL ORGANIZE BUSINESS SEMINAR, ACCREDITATION FOR MEDIA IS OBLIGATORY 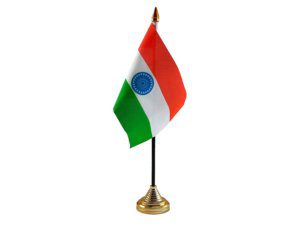 The Embassy of India in Kyiv, in association with Pharmaceuticals Export Promotion Council of India (PHARMEXCIL) and Indian Pharmaceuticals Manufacturers Association (IPMA), Ukraine is organizing the annual business seminar on pharmaceutical and herbal sectors “India- a Global Power in Pharmaceutical Sector: a Reliable Partner for Ukraine” on 30th November, 2018 in Kyiv to promote and display the potential of India in these sectors.
For more information, please send a request to the e-mail com.kyiv.india@gmail.com.
Accreditation for media representatives is obligatory under the following link: goo.gl/7cGuVS