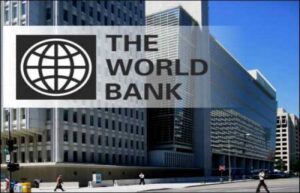 The World Bank will consider providing EUR 300 million to Ukraine for improving energy efficiency, First Deputy Prime Minister, Minister of Economy Yulia Svyrydenko has said. “The good news is that on December 17, the World Bank Board will consider providing EUR 300 million for Ukraine within the framework of the second tranche under the Second Economic Recovery Development Policy Loan for Ukraine. These funds will be used primarily to finance the presidential project Energy Independence,” Svyrydenko wrote on her Facebook page.
The large-scale program of thermal modernization of housing is designed to significantly reduce the energy consumption of Ukrainians and, accordingly, reduce energy costs. Program participants will be able to reduce energy consumption and utility bills by 60%. Already in 2022, it is planned to cover up to 5,000 apartment buildings throughout the country.
The minister of economy also said that at the meeting with World Bank Regional Country Director for Eastern Europe (Belarus, Moldova and Ukraine) Arup Banerji key issues of deepening the partnership were discussed.
“We are jointly preparing a systemic document on the areas of cooperation. This is Partnership Strategy for 2022-2026. The focus is on the economic development of Ukraine, macro-financial sustainability, the introduction of e-governance and digitalization, the expansion of export markets and the strengthening of the competitiveness of Ukrainian green technologies,” Svyrydenko said.
It is also expected that the World Bank will implement investment projects in the fields of mechanical engineering, energy, information technology, agriculture and construction.
As the minister of economy said, an important area of cooperation is increasing the competitiveness of foreign trade. The Ministry of Economy is working to legislatively strengthen and improve the efficiency of the Export Credit Agency (ECA). The institution’s activities should contribute to increasing the presence of Ukrainian exporters in foreign markets.
Another priority, according to the minister, is the expansion of public-private partnerships and the overall improvement of the business climate. Cooperation with the World Bank is important for Ukraine not only due to financial support of important projects, but also as expert assistance in the implementation of reforms. Strengthening national economic institutions is the way to strengthen the Ukrainian economy, she said. 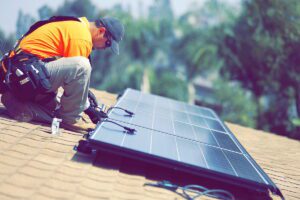 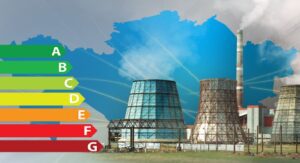 Ukraine will be able to use loans from international financial organizations attracted by the government to improve energy efficiency through high quality projects, Ima Khrenova-Shimkina, the director of the project on promoting energy efficiency and implementing the EU energy efficiency directive in Ukraine, has said.
“Ukraine has already attracted loans, pays interest on them, has concluded all the necessary international agreements, and our government has fulfilled all its obligations. Projects from cities and regions must now be submitted in order to pour these funds into the Ukrainian economy. But this, unfortunately, is not happening because we do not have enough specialists and well-prepared projects,” she told the Interfax-Ukraine agency during the IV International Coal Conference at DTEK Academy in Kyiv.
At the same time, she pointed out that the funds raised can be used if projects appear that meet all the necessary criteria.
At the same time, the expert expressed hope that this will be facilitated by, in particular, the Ministry for Communities and Territories Development and the State Agency on Energy Efficiency and Energy Saving of Ukraine.
As reported, in October of this year, the state energy efficiency agency and the Ministry of Energy signed a memorandum with the German society for international cooperation GIZ, aimed at developing the field of energy efficiency in Ukraine.
Support from the German government and the State Secretariat for Economic Affairs of Switzerland is provided to the Ukrainian side within the framework of a new international technical assistance project for promoting energy efficiency and implementing the EU energy efficiency directive in Ukraine, which is being implemented by GIZ. The project is planned to be completed within five years.
Over the past three years, NEFCO (Nordic Environment Finance Corporation, NEFCO) canceled energy efficiency projects in 18 Ukrainian cities due to bureaucratic obstacles, which is approximately 20% of the organization’s investments, and losses from unrealized projects are estimated at about EUR 35 million.

The State Agency of Ukraine on Energy Efficiency and Energy Saving intends to submit for approval by the government a program to support energy efficiency for 2022-2026 with the volume of UAH 10 billion, acting chairman of the agency Kostiantyn Hura has said.
“Since the insulation credit program is coming to an end this year, we have developed the concept of a new target program for 2022-2026 to support energy efficient measures in the amount of UAH 10 billion, which would include not only “warm loans” for individuals, but also apply to industry, the budgetary sector, transport and individual projects for the development of bioenergy,” he said in a comment to the Energy Reform portal at the all-Ukrainian forum Ukraine 30. Ecology.
He said the mechanism of the proposed program for loans to legal entities will differ from the program of “warm loans,” which consists in compensation for their part.
“We are now considering the possibility of launching such a mechanism as lowering the loan rate, in this case – at the double refinancing rate of the NBU, which is currently 6.5%. That is, the bank’s standard rate minus 13% if an entrepreneur takes out a loan for energy efficiency. The banks’ expenses will be compensated from the budget,” he explained.
According to the expert, the agency has coordinated the program with all interested bodies and is now awaiting approval from the Ministry of Energy.
“After that, we will send it to the government. I hope for its support,” Hura said, adding that such a program to stimulate energy efficiency will provide an opportunity not only to modernize housing, budgetary sectors, enterprises, but also have a positive effect on the economy, creating projects, jobs, increasing budget revenues.
As reported, the Cabinet of Ministers of Ukraine extended until 2021 the state target program for energy efficiency and development of the sphere of energy production from renewable energy sources and alternative fuels, being in effect from 2010 to 2020. 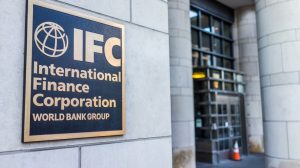 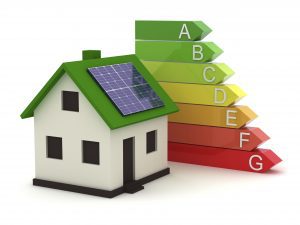 The trend towards energy efficiency and high competition in the office real estate market in Ukraine stimulates the launch of projects that meet the requirements of international “green” certificates, according to NAI Ukraine.
“Interest in “green” certification in Ukraine has appeared relatively recently – most of the projects have passed it in the last five years. Thus, among the names of projects with “green” certification are the most notable and successful projects on the market. Compared with the dynamics of certification in Ukraine in the past years, when these were only isolated cases, the number of projects undergoing it now makes it possible to speak of a ‘boom’,” Maryna Hurevych, the head of the consulting department of NAI Ukraine, told the Interfax-Ukraine agency.
According to her, 18 buildings are certified in Ukraine, of which six are certified according to the European eco-certification system BREEAM (two stages of the Astarta business center, Grand in Kyiv, Optima Plaza in Lviv) and 13 objects according to the American LEED system (buildings in Unit.City, Lviv Innovation Park, the business centers MAG.NETT and KMOST, separate offices of Shell, NOX, NEC, the Chanel boutique). At the same time, in general, there are 457 such projects in Eastern Europe, almost 5,000 projects in Western Europe, and more than 20,700 in the United States.
Among the triggers for the development of “green” certification, the expert names the requirements of socially responsible clients, government regulatory policy, a decrease in operating costs against the background of growing costs of utilities, care for health and the environment, and PR.
“High competition in the real estate market forces developers to introduce new formats as quickly as possible. Despite the fact that the price for one square meter of such an eco-building is slightly higher than the “usual” one, requests from investors are becoming more and more,” the expert noted.
According to her, the “green” certification of a building can reduce operating costs by an average of 11-15%, increase the cost of business (up to 38%), ensure the best competitive position in the market, improve the reputation and brand image (up to 18%), and allows increasing rental payments (up to 18% on average higher rental income). In addition, certified business centers attract a progressive audience of tenants, whose share in the country is constantly growing.