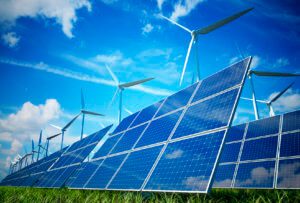 New renewable energy generating facilities with a total installed capacity of 160.1 MW were launched in Ukraine in July-September 2018, which is 2.4 times more than a year ago, the press service of the National Commission for the State Regulation of Energy, Housing and Utilities Services (NCER) has reported. “The share of wind farms and solar power plants is 97% of all facilities launched,” the commission said.
Wind farms with a total capacity of 7MW, solar power plants of 148.8 MW, biogas plants of 3.6 MW and small hydroelectric power plants of 0.7 MW were launched in Q3 2018.
Thus, as of October 1, 2018, Ukraine has wind farms with a total capacity of 522.4 MW, solar power plants – 1.096 GW, biomass plants – 43.8 MW, biogas plants – 44.6 MW, small hydroelectric power plants – 96.4 MW.
The total installed capacity of renewable energy facilities is 1.8 GW (not taking into account annexed Crimea where wind farms of 494.9 MW were launched earlier).
Today, the share of renewable energy of total electricity generation in Ukraine is 1.8%, and the share of the total cost of electricity is 8.3%. 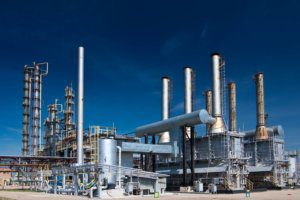 SigmaBleyzer investment company has announced the creation of a new International Fund for Ukrainian Energy LP (IFUEL) for $250 million, which will focus on investments in the energy sector of Ukraine. “We will consider everything, including alternative energy. But, of course, we are interested in oil and gas, energy saving,” SigmaBleyzer President Michael Bleyzer told Interfax-Ukraine on the sidelines of the 15th YES forum organized by the Victor Pinchuk Foundation in Kyiv. According to the company, during the first closure, which took place in September 2018, more than $100 million has already been approved.
“SigmaBleyzer cooperates with highly-capitalized and very experienced energy companies in Texas to create this fund,” the document says. Bleyzer added that for investment of funds both greenfield, and brownfield projects can be considered. According to him, significant potential is concentrated in energy saving projects, as the level of energy efficiency in Ukraine lags behind the best world indicators.
SigmaBleyzer is based in Houston (Texas). It has been operating private investments in Ukraine for more than 25 years. Since its creation, SigmaBleyzer has implemented more than 100 investments in a wide range of sectors, including power generation, cable television, food and beverage, agriculture, and retail. 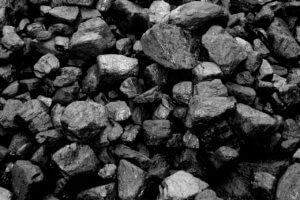 Coal Energy S.A. (Luxembourg) with assets in Ukraine in June 2018 increased coal production by 16.2% (by 1,698 tonnes) compared to the same period in 2017, to 12,150 tonnes, the company said on the Warsaw Stock Exchange.
Compared to the previous month, production increased by 1.4% (by 171 tonnes), the report says.
Coal Energy unites ten coal mines, rock dumps processing facilities and objects for enrichment. The company’s business was significantly affected by hostilities in Donbas. 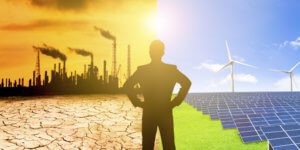 Federal Minister for Economic Affairs and Energy Peter Altmeier intends to make visits to Russia and Ukraine, the German news agency DPA has reported referring to the sources in the cabinet of the Federal Republic of Germany on Monday. According to it, the trips are scheduled for May 13 and May 14.
It is expected that the head of the German Economy Ministry will discuss energy and economic policy with his counterparts in Russia and Ukraine.
The key topic of the negotiations should be the future of the Nord Stream 2 gas pipeline project and Ukraine as a transit state for Russian natural gas supplies to Europe.