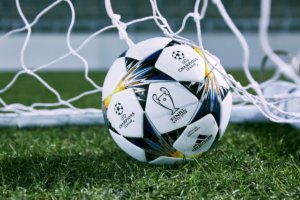 Kyiv is ready to host the final of the UEFA Champions League in 2018 at a proper level, a chief representative of Kyiv City State Administration (KCSA) in charge of preparations for the Champions League final, Andriy Myroshnichenko, has said.
“The city is already prepared for this event. Nine points out of ten on a ten-point scale. Kyiv is ready to host such events, which was proved by the holding of Eurovision in 2017, when we calmly held it and got the best marks from the European Broadcasting Union. It determined that it was the first Eurovision in 11 years without significant remarks. I am sure that we will get the same marks from UEFA,” he said at a press conference in Kyiv on Thursday.
Myroshnichenko said that for the preparation of the city there was no need to implement large infrastructure projects.
“All projects that are being implemented in the city are not directly related to the Champions League final,” he said. 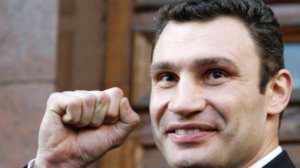 Kyiv Mayor Vitali Klitschko has invited football fans to Kyiv to visit the UEFA Champions League 2018 final to take place in Kyiv on May 26. A video clip where Klitschko jointly with head coach of the national team of Ukraine and UEFA Champions League final ambassador Andriy Shevchenko took part was posted by Klitschko on his Facebook page. “Friends, Kyiv is preparing for a large sports event that will host for the first time – the UEFA Champions League final. We expect that around 100,000 guests would visit our city,” Klitschko wrote.
He said that a Ukrainian creative team worked on the video clip. Funds from the Kyiv city budget were not spent on making the clip.