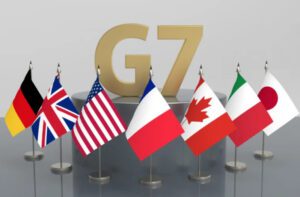 Foreign Ministers of Ukraine Dmitry Kuleba and Moldova’s Nikolai Popescu will attend the meeting of the G7 foreign ministers, which starts on Thursday in Germany, the Süddeutsche Zeitung reported on Wednesday.
“The representative of the German Foreign Ministry said on Wednesday in Berlin that the discussions near the Baltic Sea in Schleswig-Holstein will periodically join the Foreign Ministers of Ukraine Dmitry Kuleba and Moldovan Nikolay Popescu,” the newspaper writes.
The publication recalls that Germany is currently chairing the G7. At the meeting of the G7 foreign ministers, they will discuss the consequences of the situation around Ukraine, its impact on energy and food security.
Ministers will also talk about China and the situation in the Indo-Pacific region, the situation in the Middle East, Africa and Afghanistan, climate change and the coronavirus pandemic. Indonesian Foreign Minister Retno Marsudi, whose country now chairs the G20, will take part in some of the discussions.
Later, the Süddeutsche Zeitung recalls, on May 14-15, the foreign ministers of the NATO countries will gather for an informal meeting in Berlin. At the same time, the newspaper specifies, on Saturday the Foreign Ministers of Sweden and Finland, Ann Linde and Pekka Haavisto, will join the consultations.
In turn, the German Foreign Ministry noted that this format of meetings within NATO will be held for the first time, it should contribute to the development of a dialogue between the members of the alliance, a more direct and open exchange of views. 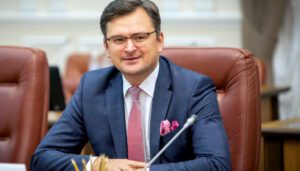 Czech Foreign Minister Jan Lipavsky, Austrian Foreign Minister Alexander Schallenberg and Slovak Foreign Minister Ivan Korčok will together visit Ukraine on February 7-8 on the invitation of their Ukrainian counterpart Dmytro Kuleba, the Ukrainian Foreign Ministry said.
The first ever visit by the foreign ministers of the Slavkov or Austerlitz format to Kyiv is to demonstrate solidarity with Ukraine, the Ukrainian Foreign Ministry’s press service said in a statement.
Kuleba and his Czech, Slovak and Austrian counterparts will hold talks with key agenda items such as “further support for Ukraine in countering Russian aggression, the implementation of a comprehensive containment package for the Russian Federation, strengthening security cooperation, supporting the economic and financial stability of our state,” it said.
The Slavkov format ministers are also planning to visit the zone of Ukraine’s Joint Forces Operation to familiarize themselves with the current situation, Kyiv said.

FOREIGN MINISTERS OF UKRAINE, POLAND AND LITHUANIA TO MEET THIS AUTUMN 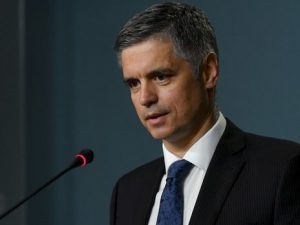 Foreign ministers of Ukraine, Poland and Lithuania – the countries that founded the Lublin Triangle format – agreed to meet in Ukraine in the fall, Ukrainian Foreign Minister Dmytro Kuleba said.
“We are already working on the content of our new partnership, making plans and believe that the Triangle should become an important element in the configuration of forces in Central Europe and in Europe as a whole. I can inform you that we have reached an agreement with my Polish and Lithuanian colleagues on that the next meeting of the Foreign Ministers of the Lublin Triangle will be held in Ukraine this fall. We are committed to maintaining a dynamic dialogue and the dynamic development of our new format,” he said at an online briefing on Friday.Kuleba recalled that the Lublin Triangle is the first international format that Ukraine has been creating in its Western vector since independence, since 1991.
“Usually, when it comes to different European formats and structures, we join or seek to join the existing structures. Here we are already taking a leadership position and, together with partners, create new mechanisms that meet our regional and European interests,” the minister explained.As reported, Poland, Lithuania and Ukraine have established the Lublin Triangle format. Ukrainian Foreign Minister Dmytro Kuleba said that that format would become an important element in strengthening Central Europe and Ukraine, as a full member of the European and Euro-Atlantic family of nations.