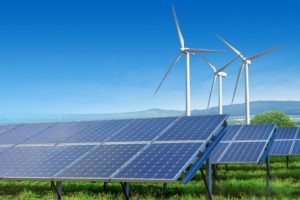 Director-General of the International Renewable Energy Agency (IRENA) Francesco La Camera said at the opening of the tenth International Renewable Energy Investment Forum that IRENA is committed to support Ukraine in this sphere, the press service of the State Agency on Energy Efficiency and Energy Saving of Ukraine has reported.
“To diversify energy is quite realistic. We are ready to continue supporting Ukraine along this path,” La Camera said.
According to him, in particular, IRENA experts advised Ukraine in developing the legislative framework for auctions. As the experience of various countries of the world shows, auctions are an effective tool to reduce the cost of electricity generated by renewable facilities.
La Camera said that the world is increasing the pace of transition to “clean” energy: “Over the past seven years, we have seen an annual increase in the volume of new clean energy capacities that exceed the capacities of conventional energy. In 2018, 170 GW of new “green” energy projects were introduced in the world,” he said.
“At the same time, clean technologies are becoming cheaper. According to experts, in the future, solar power plants and wind farms will become more profitable sources of electricity than conventional energy facilities,” La Camera added.
In addition, IRENA experts analyzed the development status of renewable energy in the countries of Southeast Europe. It is reported that the region operates 127 GW of capacities that generate “clean” energy. By 2030, these figures can be increased by almost five times and reach 620 GW.
During the forum, the IRENA director-general met with Prime Minister of Ukraine Oleksiy Honcharuk. The parties discussed the investment attractiveness of renewable energy and plans for further development in the country.
La Camera recalled that “green” projects have many advantages and simultaneously address the energy, environmental, economic and social issues of communities. 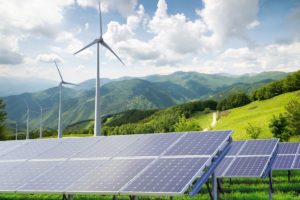 Ukrainian Parliament passes law on green auctions for investors in green energy
KYIV. April 25 (Interfax-Ukraine) – The Verkhovna Rada at a plenary session on Thursday passed bill No. 8449-d on green auctions for investors in renewable energy. A total of 251 lawmakers baked the bill amending some Ukrainian laws regarding ensuring competitive conditions for production of electricity from alternative energy facilities.
The document proposes the introduction of auctions from 2020 and the obligatory participation for investors in solar power plants with a capacity of more than 1 MW and wind farms with a capacity of more than 5 MW (or one turbine).
The pilot auction should be held no later than December 31, 2019, and the ProZorro electronic trading system is proposed to be the platform for the auctions. The period of granting a guaranteed tariff for transmission of electricity by the winner of the auction is 20 years.
The project assumes that the size of quotas to be put up for auction, according to the Cabinet of Ministers, is approved by the Ministry of Energy and Coal Industry. During the first three years it is planned to provide wind farms and solar power plants with 30% of quotas, after this period – at least 15%.
Responsibility of producers of renewable energy facilities for misbalances is proposed to be introduced after the intra-day market is recognized as liquid, but no later than 2024.
It is proposed to reduce the current feed-in tariff for solar power plants in 2020 by 25%, and in 2021-2023 – by 2.5% annually.
For wind farms with a capacity of more than 2 MW, the tariff is proposed to be reduced in 2020 by 10% without further annual reductions.
The tariff for energy generated from biomass and biogas is proposed to be maintained at the current level.
For household solar power plants, the tariff is planned to be reduced by 10% from 2020 (currently it is EUR 0.18 per kWh). Before the start of the voting, the deputies returned the amendment, which introduces the condition for its receipt, the installation of a solar power plant up to 50 kW on roofs, facades of buildings and other hard-wall facilities.