UKRAINE COULD RECEIVE $700 MLN TRANCHE FROM IMF IN SEPT 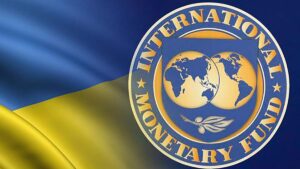 Ukraine may receive a $700 million tranche from the International Monetary Fund (IMF) in September, the adviser to the President of Ukraine on economic issues, Oleh Ustenko, has said.
“The President of the country had a more than successful telephone conversation with Managing Director of the International Monetary Fund Kristalina Georgieva. The IMF mission is going to Ukraine. In addition, Ukraine has implemented all the preconditions of the IMF. We expect that a new tranche of about $700 million will be received from the IMF rather quickly,” he told Interfax-Ukraine.
“I suppose that now we are moving according to the following scenario: in September – the mission, at once the issue of Ukraine is brought up to a meeting of the IMF Board of Directors, and in September I expect that we will receive a new tranche,” the president’s adviser added.
At the same time, Ustenko does not rule out the possibility of extending the Stand-By Arrangement (SBA).
“We have made serious progress, and this was noted. So I do not rule out that the SBA may be extended,” he said.

IMF TO PROVIDE UKRAINE WITH $2.7 BLN FREE OF CHARGE AND WITHOUT ADDITIONAL CONDITIONS 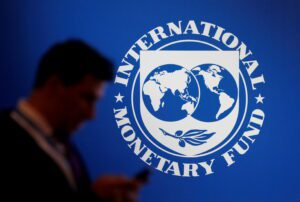 The International Monetary Fund (IMF) will provide Ukraine with more than $2.7 billion “free of charge and without additional conditions,” according to the President’s Office of Ukraine website on Tuesday. The relevant decision was made by the IMF Board of Governors at the suggestion of IMF Managing Director Kristalina Georgieva to help restore the world economy affected by coronavirus (COVID-19) pandemic. In total, special drawing rights (SDR) in the amount of $650 billion will be allocated between the countries.
The IMF said in the official statement that this is the largest allocation of SDRs in the history of the fund. “The SDR allocation will benefit all members, address the long-term global need for reserves, build confidence, and foster the resilience and stability of the global economy. It will particularly help our most vulnerable countries struggling to cope with the impact of the COVID-19 crisis,” Georgieva said.
Ukraine is expected to receive the tranche on August 23.
According to a statement on the presidential website, the decision was made after a telephone conversation between President of Ukraine Volodymyr Zelensky and Georgieva last week.
“This will be a good gift for our country on the 30th anniversary of independence. These funds will help overcome the consequences of coronavirus crisis and stimulate our economy. I am grateful to the IMF and personally Kristalina Georgieva for this decision,” the President of Ukraine said.
He also said that cooperation with the IMF is very important for Ukraine, so it continues to implement reforms and carry out structural beacons to receive a new tranche under the current stand-by arrangements. “We are working on completing the first revision of the current program of the International Monetary Fund and expect the IMF mission in September. I spoke about that during our telephone conversation with Ms. Kristalina Georgieva,” Zelensky said.

UKRAINE MAY RECEIVE IMF TRANCHE IN 2021 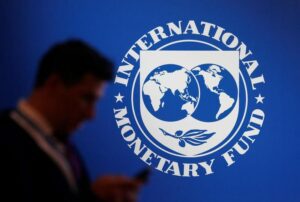 Ukraine may receive a tranche from the International Monetary Fund (IMF) under the Stand-By Arrangement (SBA) by the end of 2021, Deputy Governor of the National Bank of Ukraine (NBU) Yuriy Heletiy said.
“Continuing cooperation with the IMF is the most important task for the NBU, Ukrainian stakeholders and all government agencies. Now we need to move towards reaching the Staff Level Agreement, which will mean updating our memorandum of cooperation for the first revision by the Board of Directors,” he said in an interview with Interfax-Ukraine.
According to the deputy governor, the NBU also expects to receive the second tranche of macro-financial assistance from the EU in the amount of EUR 600 million and the second part of the DPL from the World Bank for $350 million. He said that the possibility of obtaining this financing by Ukraine directly depends on success in cooperation with the IMF.
Heletiy said that in order to continue cooperation with the IMF, the NBU fulfills structural beacons, in particular, it conducts a self-assessment on the supervisory process, reporting and tools in accordance with the Basel Core Principles.

BANK OF AMERICA: UKRAINE MAY REFUSE TO COOPERATE WITH IMF IN 2023-2024 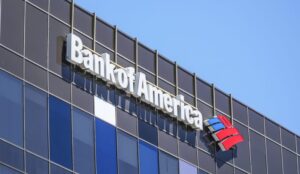 Ukraine may try to refuse cooperation with the International Monetary Fund (IMF) during the electoral cycle 2023-2024, analysts at Bank of America (BofA) believe.

According to the BofA Global Research report, which is owned by Interfax-Ukraine, analysts believe that it may be extended to 2022 “given limited progress.”

“However, we also think that the Ukrainian authorities may try to ‘graduate’ from reliance on IMF financing during the next electoral cycle in the second half of 2023 – the first quarter of 2024,” the analysts said in the report.

According to the report, the authorities may be open to the idea of ​​a new program after the elections as part of broader cooperation with the West, but may prefer not to be bound by IMF conditionality and the usual implementation problems during the electoral campaign.

According to BofA, this may lead to a period without an active IMF program, although some form of cooperation will likely remain in place in any scenario.

The next Verkhovna Rada elections are planned for October 2023, followed by presidential elections in March 2024. This leaves 2022 as the remaining window for continued close cooperation with the IMF, BofA believes.

“We think the extension of the current SBA program [under the stand-by arrangements] for another year or so is the most likely scenario. The extension may allow Ukraine to roll over at least part of its nearly $3 billion in maturities to the IMF in 2021-2022,” BofA said in the report.

Ukraine’s ability to withhold official funding is likely to directly depend on fiscal consolidation in 2022-2023.

At the same time, as noted by BofA, a flexible approach to fiscal policy is likely to mean the need for IMF financing even during the electoral cycle.

Although Ukraine must fulfill a number of conditions in the current program of the Fund, analysts still believe that Ukraine will be able to pass the first test and receive the first tranche in July-September 2021.

GOVERNOR OF NBU: UKRAINE MAY RECEIVE MORE THAN $2.7 BLN FROM IMF 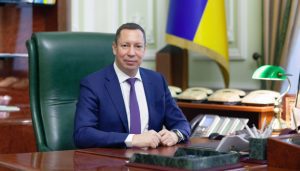 Ukraine, in proportion to its quota in the International Monetary Fund (IMF), could receive more than $2.7 billion in U.S. dollar terms as part of the IMF new initiative on the additional allocation of special drawing rights (SDRs), Governor of the NBU Kyrylo Shevchenko has said.
“We hope that Ukraine will be able to receive additional funding under this initiative… The last time the IMF did a similar allocation in 2009. It was a reaction to the crisis. The IMF initiative for Ukraine could be a positive factor,” he said in an exclusive interview with Interfax-Ukraine.
According to him, a more accurate figure will depend on the exchange rate of the currencies included in the SDR basket.
Shevchenko said that the goal of this new initiative, announced by the IMF, is to provide additional liquidity to the global economic system by supplementing the reserve assets of the Fund’s 190 member countries, and its announced total volume is $650 billion.
The governor of the National Bank said that this allocation will be discussed at the beginning of the spring meeting, however, for the implementation of this initiative, approval is required first by the IMF Executive Board, and then by the Board of Governors. 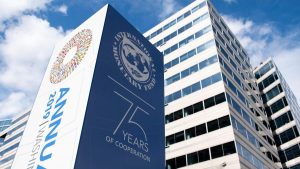 The deficit of the national budget of Ukraine should fiscal deficit will need to return to pre-pandemic levels as soon as the economy recovers and the pandemic dissipates, IMF Resident Representative in Ukraine Goesta Ljungman told Interfax-Ukraine.
“Once the pandemic dissipates and the economy recovers, the fiscal deficit will need to return to pre-pandemic levels. This is important to instill confidence in Ukraine’s economy and reduce Ukraine’s borrowing needs,” he said.
Ljungman said that a strong fiscal position also gives Ukraine room to provide fiscal stimulus in the case of a future downturn.
“So the question should not be if Ukraine should reduce the fiscal deficit, but when. And in order to do so, there needs to be already a good plan for how that would happen, including through well-designed tax measures,” Ljungman said.