Germany’s GDP was at zero growth in second quarter 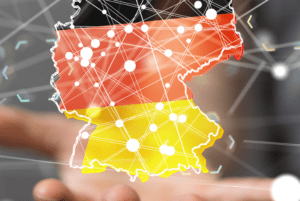 The volume of the German economy in the second quarter did not change compared to the previous three months, according to preliminary data from the German Federal Statistical Agency (Destatis).
In annual terms, GDP growth, adjusted for the number of working days, was 1.4%.
Analysts on average expected the first indicator to rise by 0.1% and the second by 1.7%, according to Trading Economics.
In the first quarter, GDP grew by 0.2% qoq and increased by 3.8% yoy.
The volume of the German economy is still 0.2% lower than in the fourth quarter of 2019 – that is, in the last quarter before the onset of the coronavirus pandemic, Destatis said.
Destatis will publish final data on the dynamics of the country’s economy in the second quarter on August 25.
At the same time, the statement of the statistical office notes that due to the ongoing COVID-19 crisis and the Russian invasion of Ukraine, the data is subject to more uncertainty than usual. This indicates the possibility of a stronger revision of the figures compared to those originally announced. 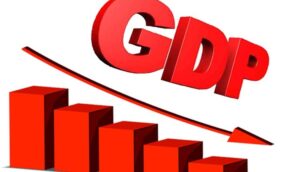 The real GDP of Ukraine in 2022 will decrease by more than a third, inflation accelerated to 20% in the first half of the year, according to bankers surveyed by the Interfax-Ukraine agency.
“We maintain our forecast for a 33% decline in Ukraine’s real GDP by the end of 2022. The reduction in investment and private consumption will be partially mitigated by an increase in government consumption and inventories,” Alfa-Bank Ukraine’s head of analytical department Oleksiy Blinov expects.
According to him, in June, the growth of the Consumer Price Index (CPI) is expected to accelerate to almost 20% in annual terms after 18% in May.
“We expect inflation to stabilize in the second half of 2022, but will remain above 20% until the end of 2022,” the expert added.
His opinion is shared by the head of the board of Unex Bank, Ivan Svitek, according to whom, according to the most conservative estimates, Ukraine’s GDP in the first half of the year fell by a third.
“But in fact, the fall could be even deeper. Moreover, the situation is constantly changing: household incomes continue to decline, consumer demand is declining. (…) Russia still wants to destroy the Ukrainian economy, but it does not quite succeed” , said the banker.
Konstantin Khvedchuk, strategic development analyst at Pivdenny Bank, in turn, notes that the peak of the decline in business activity occurred in March, when production was halved, and later the business adapted to the conditions of the war and gradually resumed its activities.
“In May, the decline in business activity is already estimated at 40% compared to the pre-war level. Domestic consumption and production are also supported by an increase in government spending. In general, the fall in GDP in the second quarter will be 40-45% y/y. In the third quarter, seasonal GDP growth will take place , including due to the harvest,” the expert explained.
According to his forecasts, if active hostilities continue until the end of the year, economic activity will remain at the level of 60-65% compared to the pre-war level.
Khvedchuk notes that inflation was accelerating even before the full-scale war both in Ukraine and in the world as a result of economic recovery after the pandemic, and the war further exacerbated these trends because now inflation has reached 18% y / y and is likely to grow before the end of the year .
He expects inflation to continue to be fueled by disruptions in supply chains, higher transport costs, including due to rising fuel prices, situational shortages of certain groups of goods and an increase in the money supply as a result of a growing budget deficit.
A significant factor in price dynamics will also be the receipt of external financial assistance and, accordingly, the ability of the NBU to ensure exchange rate stability, the banker points out.
“According to our forecasts, consumer price growth will reach 30% y/y at the end of the year and will continue to slow down,” he said.
The head of the board of Unex Bank, Ivan Svitek, also expects that the inflation rate for the first six months of the year will approach 19-20% on an annualized basis, and, taking into account the abolition of tax incentives for imports, in the next month or two, they may go beyond the specified corridor.
“It is almost impossible to predict how these figures will change in the second half of the year, because the situation is too unpredictable. The end of the war and the return of Ukrainians to their homeland is one scenario. The continuation or even escalation of hostilities is another,” Svitek said.
In addition, according to him, the gas war against Europe, the G7 negotiations on the introduction of a price ceiling for Russian oil, and many other events can have a global impact on inflationary processes in the world and in Ukraine, in particular, so it is difficult to make forecasts in such conditions. 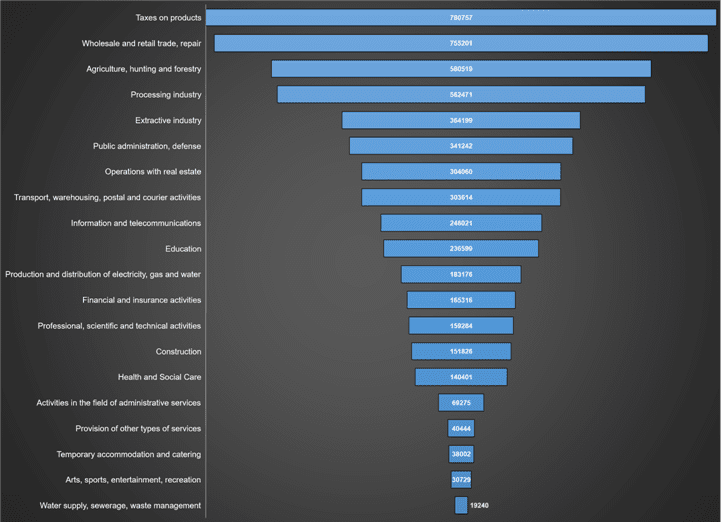 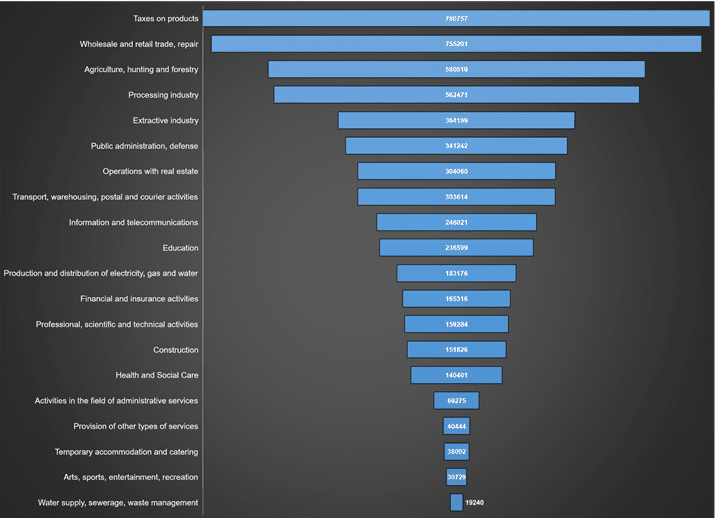 RAIFFEISEN BANK ANALYST PREDICTS UKRAINE’S GDP WILL FALL BY THIRD IF HOSTILITIES CONTINUE FOR ANOTHER 1-1.5 MONTHS 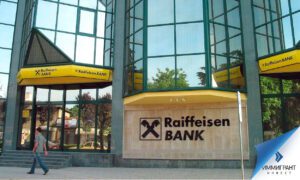 The fall of the Ukrainian economy in 2022 will be about 33% according to the baseline scenario, in which the war will last for another month and a half at the most, Alexander Pecheritsyn, a leading analyst at Raiffeisen Bank (Kyiv), said.

“If the war lasts until the end of the year, then (GDP) could fall as much as 45%,” he said at a zoom conference on Tuesday.

Pecheritsyn specified that this is the bank’s third forecast since the beginning of the war. According to him, the initial decline in the economy was estimated at about 15% based on previous fast-moving conflicts in the world, for example, in Georgia. Then, in March, the bank estimated a decline as low as 24%, taking into account the gross regional product and the map of hostilities. In particular, as part of this analysis, a 34% decrease in this year’s crop is expected.

Serhiy Kolodiy, Chief Manager for Macroeconomic Analysis at Raiffeisen Bank, recalled that in 2014-2015, the fall in GDP was approximately 25% compared with pre-war Ukraine (in official statistics, data are compared only for controlled territories).

Pecheritsyn added that in terms of GDP, the bank estimates a 39% drop in private consumption due to the emigration of 15% of the population, lower incomes and negative consumer expectations.

According to him, domestic investment, which is the most vulnerable component, will fall by half this year under the baseline scenario.

“On the positive side, production relocation programs have little effect, but on the scale of the total output, of course, it is small,” the analyst said.

Speaking about inflation, Pecheritsyn noted that the bank still maintains its forecast for this year at 17% after 10% in the past. He explained that the volume of purchases by the National Bank of military bonds in the amount of UAH 60 billion is still within the limits of controllable, in addition, state control over prices and the freezing of utility tariffs affect.

In general, speaking about the work of analysts during the war, Pecheritsyn said that the bank began issuing weekly military reviews.

“War is a new challenge, we are no strangers to them, since there was a coronavirus two years ago. But the current (challenge) is much more difficult,” he stressed.

Pecheritsyn until February of this year served as chief economist at Credit Agricole Bank (Kyiv).

The National Bank of Ukraine predicts a decline in the country’s GDP this year by at least a third, refusing to make more detailed estimates. The IMF expects a 35% decline.

UKRAINE’S GDP FELL BY 16% IN FIRST QUARTER, MAY FALL BY 40% BY END OF YEAR – AUTHORITIES 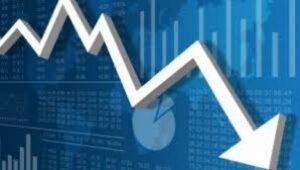 The gross domestic product of Ukraine in the first quarter of 2022 fell by 16% compared to the same period last year, the country’s Ministry of Economy estimates.
“Our forecast for GDP decline in the first quarter is 16%, and the annual decline could reach 40%,” First Deputy Minister Denis Kudin is quoted in a press release from the department.
He noted that those industries where remote work is impossible, in particular, aviation, maritime transportation, and the service sector, where businesses work directly with consumers, have suffered the most.
At the same time, Kudin pointed out that over the past 10 days, the economy as a whole has begun to recover, business in safe regions is returning to work, and farmers have begun sowing.
The ministry noted that in the process of economic recovery, special attention will be paid to supporting industries that directly provide for the livelihoods of citizens and strengthen the defense capability of the state. “We are talking about agriculture, food production, retail, utilities and energy services, industries working on mobilization orders,” the press release says.
According to the Ministry of Economy, Ukraine in March of this year exported 5.97 million tons of goods worth $2.7 billion, which is more than half the quantity and value indicators for February. Imports fell three times – to 1.6 million tons for $1.8 billion.
Ores, corn, ferroalloys and oil remained the main export items. The export of metals (including flat-rolled products – decreased by almost 10 times, to 47,000 tons) and agricultural products was especially affected, the ministry noted.
“For some metallurgy positions, exports were not made at all. This is primarily due to the physical destruction of metallurgical facilities and the stoppage of production,” the ministry commented.
In March, Ukraine exported 1.1 million tons of corn, 309 thousand tons of wheat, 118 thousand tons of sunflower oil, 40 thousand tons of soybeans. This is four times less than in February.
Currently, the most important imports are gas, oil, oil products and coal.