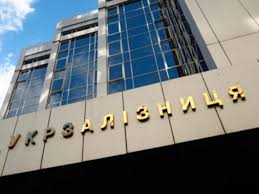 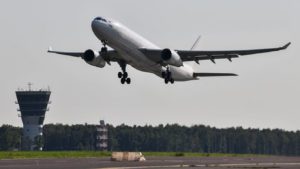 Ukraine’s Infrastructure Ministry has decided not to ban flights of passenger planes with the age of over 20 years as it was announced in summer last year, but the ministry would toughen control over its technical conditions by the State Aviation Service of Ukraine.
“We expressed our understanding for the numerous appeals of airlines not to prohibit the use of aircraft with the age of over 20 years… The State Aviation Service will toughen control over the technical condition of aircraft used for transportation of passengers,” the Infrastructure Ministry said on Monday, citing Minister Volodymyr Omelyan, who spoke at a meeting for preparation of airlines servicing charter flights for the summer season.
The Infrastructure Ministry said that Director General of the Boryspil airport Pavlo Riabikin, Head of the State Aviation Service Oleksandr Bilchuk, the top managers of SkyUp, Azur Air, Ukraine International Airlines and others took part in the discussion.
Omelyan said that the situation that had developed last summer, when airlines were massively delaying charter flights and did not provide information and services to passengers in due time, should not be repeated this year.
He said that in March 2019, a new edition of the aviation regulations for the transportation of passengers and baggage entered into force. Separately, delays and transfers of flights will be strictly controlled, as this is the responsibility of the air carriers.
According to the minister, Ukraine will also introduce European directives relating to the environmental friendliness of aircraft.
The Infrastructure Ministry said that, according to aviation regulations, in the event of a flight delay, the carrier is obliged to provide passengers with the necessary services at the established standards, as well as meals and soft drinks, and the ability to make two free calls.
If the flight is delayed the next day, the carrier is obliged to provide passengers with hotel rooms, meals, and an airport-hotel-airport transfer.

The Ministry of Infrastructure plans to persuade Elon Musk’s Tesla to create a Gigafactory for production of storage batteries in Ukraine.
“We believe that we will be able to convince Tesla, the world’s largest manufacturer of electric cars, to create its Gigafactory for production of storage batteries in Ukraine,” Minister of Infrastructure Volodymyr Omelyan said when presenting the Ukrainian Transport Strategy until 2030.
In his opinion, Ukraine’s integration into the world economy and a technological leap in the sphere of infrastructure are possible only by attracting the world companies to the country.
According to Omelyan, such companies as Hutchison Ports, DP World, General Electric, Bombardier, Tesla and Ryanair should remain in Ukraine.
Earlier the Ministry of Infrastructure of Ukraine and Hyperloop Transportation Technologies signed a memorandum of understanding and cooperation in the work on the Hyperloop project. 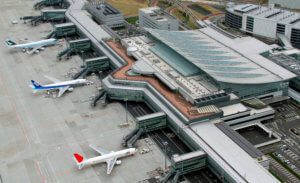 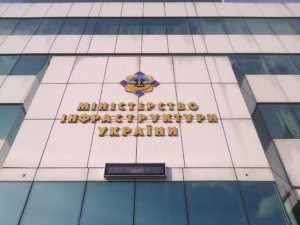 The press service of the ministry reported that this was discussed at a meeting on April 16 chaired by Deputy Infrastructure Minister of Ukraine Yuriy Lavreniuk. Deputy Regional Development, Construction, Housing and Utilities Economy Minister Lev Partskhaladze, Deputy Chairman of the Kyiv City Administration Dmytro Davtyan, acting Deputy Chairman of Ukravtodor Oleksandr Kharchenko, representatives of the State Service for Geodesy, Cartography and Cadastre in Kyiv region, Kyivavtodor, Kyiv City Administration and Kyiv Regional Administration took part in the meeting.
Lavreniuk determined three financing options: at the expense of the national budget, attracting international investors or concession.
“It is necessary to solve all the problematic issues as soon as possible and start construction of the first stage of the big orbital road, which will relieve and save the roads of Kyiv, reduce the number of road accidents in the city, contribute to strengthening Ukraine as a transit state and development of the infrastructure of Kyiv region,” he said.
According to the ministry, at the end of the meeting all participants were instructed to submit proposals to the Ministry of Infrastructure in two weeks to find solutions to the problematic issues.