PLANE WITH FIFTH PRESIDENT OF UKRAINE POROSHENKO LANDS IN KIEV 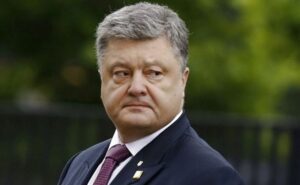 The plane with the fifth president of Ukraine, Petro Poroshenko, landed at the Zhuliany airport (Kyiv).
According to the airport’s online information desk, the plane landed at 09:03.
Poroshenko returned to Ukraine by a Warsaw-Kyiv scheduled flight.
Members of the European Solidarity faction, who flew to Poroshenko the day before, and the wife of the fifth president, are with him on board.
As reported, Poroshenko was met at the airport by about a thousand people. 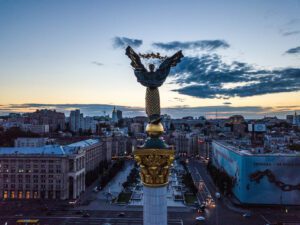 Public placement of issues of domestic bonds of the Kyiv City Council Series O and N, UAH 400 million each, will be held on the PFTS stock exchange from December 6 to December 8, according to a Friday posting on the official website of the exchange.
According to the report, the organizer of the placement of both series is state-owned Ukreximbank (Kyiv).
Settlements under the concluded agreements will be carried out without observing the delivery versus payment (DVP) principle.
As reported, by Kyiv City Council decision No. 1529/1570 dated June 24 this year, Kyiv plans to attract UAH 1.1 billion by issuing domestic bonds in three issues: UAH 300 million for Series M, UAH 400 million each for series N and O.
According to the document, the interest rate will be determined at the level of the NBU key policy rate as of the start date of the quarterly interest period plus a margin of 1% to 5% per annum based on the results of the competition for the selection of an underwriter. Proceeds from the placement of bonds will go to finance investments in the city’s infrastructure. 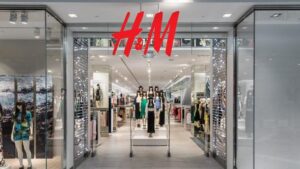 Swedish fashion retailer H&M will open its sixth store in Kyiv on December 10 in the Respublika Park shopping and entertainment center, the press service of the retailer reported.
“We are pleased to announce the opening of an H&M store in the Respublika Park shopping and entertainment center. By increasing the number of outlets in Ukraine, we continue to provide the best customer experience and follow our constant principle – fashion and quality at the best price with care for the environment,” Regional Manager of H&M in Ukraine and Eastern Europe Mehmet Arisoy said.
The store with a total area of about 2,200 square meters is made in a new brand concept with the least impact on the environment. The materials used in the interior are more environmentally friendly, and the lighting with the most modern LED technologies, combined with an innovative ventilation system, reduces the store’s carbon footprint by 40%.
The H&M store will present clothes for the whole family. On the day of its opening, there will be a special offer – discounts up to 50%.
“The opening of H&M in the Respublika Park shopping and entertainment center is an opportunity to become even closer to our customers. I am sure that due to its location in a dynamically developing area of the Ukrainian capital, as well as the innovativeness and attractiveness of the shopping and entertainment center itself, the new store will very soon become a favorite shopping destination for Kyiv residents,” Olha Oliynyk, PR & Marketing Manager of H&M in Ukraine, said.
As of November of this year, the H&M chain in Ukraine has eight outlets: five in Kyiv, one each in Odesa, Kharkiv and Lviv.
The Swedish company Hennes & Mauritz AB (H&M), the owner of the second largest clothing store chain in Europe, opened the first store in Ukraine in 2018.
H&M Hennes & Mauritz LLC was established in 2013. According to the data of the Unified State Register of Legal Entities and Individual Entrepreneurs, the ultimate beneficiary is Stefan Persson (Sweden). 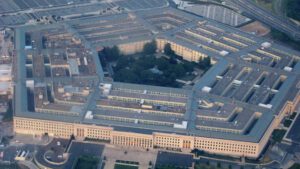 Two American Island-type boats, which the United States has given to Ukraine as part of material-technical assistance, have arrived in Ukraine on board a cargo vessel, the Ukrainian Navy’s press service said.”Two Island-type boats, which have been given the names the Fastiv and the Sumy, arrived today, on November 23, on board the Ocean Grand vessel from Baltimore, Maryland, the U.S.,” the press service said.The Ukrainian Navy ensign will be hoisted on the Fastiv and the Sumy soon, after which they will begin performing their duties maintaining security in the Black Sea and the Sea of Azov under the command of Ukrainian crews, it said.A new group of Ukrainian sailors earlier took part in a passing out ceremony at a U.S. Coast Guard shipyard after taking a six-week training course to operate Island-type boats, the press service said. 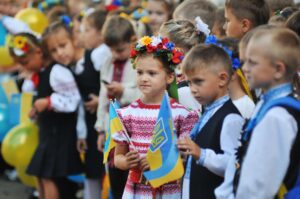 From next Monday, November 22, full-time education in the capital’s schools will be resumed, mayor of Kyiv Vitali Klitschko has said.
“The Commission for Emergency Situations of the city made a decision to resume full-time education in the capital’s schools from next Monday, November 22. For students of all grades,” the mayor wrote on his Telegram channel on Wednesday. 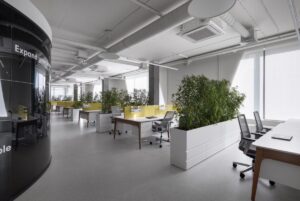 Israel’s Similarweb, one of the leading digital intelligence companies that carried out an IPO on the New York Stock Exchange in May this year, announced the opening of two new European offices in Kyiv, Ukraine and Munich, Germany.
“Similarweb’s Kyiv office will employ over 50 R&D and IT professionals, and this number is expected to triple in the next two years,” the company said on its website.
According to the report, the Kyiv office will serve as a technical center, employing a highly skilled workforce in Ukraine, and is intended to be an important part of Similarweb’s global success.
The Munich office will carry out mainly commercial, marketing and technical functions, in particular, among the company’s clients there are already a number of leading German brands, including Adidas and DHL.
Similarweb, headquartered in Tel Aviv, clarifies that it has increased its headcount in all 13 global offices this year and plans to continue its rapid global expansion in the new year.
At the IPO in May of this year, the company was valued at $ 1.6 billion. Its revenue for the nine months of this year amounted to $ 97.52 million, an increase of 45.9% over the same period in 2020, and net losses tripled to $ 45.17 million. Free funds of the company by the end of the third quarter amounted to $ 159.1 million.
The company, founded in 2007, monitors websites and mobile apps and provides analytics and digital data to customers. According to the website, the number of its staff exceeds 800 people.