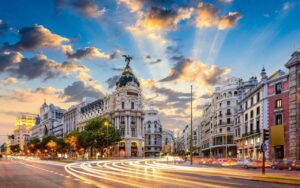 Kyiv Mayor Vitaliy Klitschko and Madrid Mayor Jose Luis Martinez-Almeida have signed an agreement on twinning between the two cities, the press service of the Mayor of Kyiv has reported.
“Today, a memorandum of twinning between our cities was signed with the mayor of Madrid, Jose Luis Martinez-Almeida. Madrid became the first Spanish sister city of Kyiv. This is a historic event for our cities and it happened during the historic NATO summit, which is taking place these days in Madrid,” Klitschko said.
He noted that when signing the agreement, several joint projects of Kyiv and Madrid were planned.
“I thank our Western partners, our Spanish partners for supporting Ukraine at this critical time for it. And I am convinced that our cooperation with Madrid will be effective and beneficial for our capitals. Today Madrid accepts refugees from Ukraine, provides humanitarian assistance to Kyiv and Ukraine. We also discussed many projects that we plan to jointly implement in the Ukrainian and Spanish capitals,” Klitschko summed up. 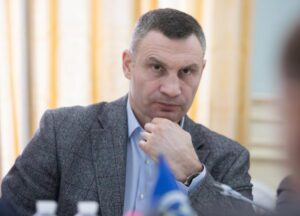 The mayor of Kyiv, ex-world heavyweight boxing champion Vitali Klitschko has been awarded the prestigious Arthur Ashe Courage Award, Boxing Scene reports.
The award is presented by the American television channel ESPN to a worthy representative of the sports community for his work, which goes beyond sports and has a significant impact on the world.
“Vitaliy’s poise and strength as his city and country face unfathomable trials far exceeded the incredible determination he displayed as one of boxing’s finest heavyweight champions. His dedication to the people of Ukraine has been an inspiration to the world and his courage is a shining example of the bones of the human spirit. We are honored to present him with the Arthur Ashe Award for Courage,” said ESPN Content executive editor Rob King.
The publication emphasizes that Vitali Klitschko became a central figure in the defense of his country when Russian troops invaded Ukraine.
In turn, Klitschko noted that he perceives this award as recognition of the courage of every Ukrainian who defends his state.
“It is a great honor for me to receive this award. I am convinced that this is a recognition of the courage and inviolability of the Ukrainian people, who have courageously resisted the Russian aggressor for more than 3 months. This is an award for everyone who defends the independence and freedom of Ukraine,” he said.
The Vitali Klitschko award ceremony will take place on July 20.
The Arthur Ashe Award for Courage is one of the most distinguished, prestigious and well-known awards in sports. Previously, it was awarded to such stars and figures as Muhammad Ali, Nelson Mandela and others.

VITALI KLITSCHKO: KYIV MADE ANOTHER PAYMENT ON EXTERNAL DEBT IN AMOUNT OF $28.8 MLN 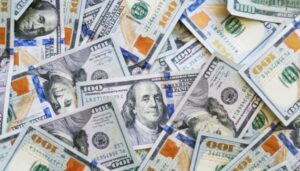 Kyiv has redeemed the payment on the participation bonds in the PBR Kyiv Finance Plc loan in the amount of $28.8 million on June 13 in accordance with the schedule, Kyiv Mayor Vitaliy Klitschko said.
In addition, the city will also pay a semi-annual $2.2 million coupon.
“Despite the war in Ukraine and the difficult economic situation, Kyiv fulfills its obligations, remaining a stable and predictable partner for foreign investors,” the mayor stressed.
As reported, the international rating agency S&P Global Ratings downgraded the long-term credit rating of Kyiv in foreign and national currency from “B-” to “CCC +” with a negative outlook.

MAYOR OF CAPITAL KLITSCHKO: KYIV WILL ALLOCATE ABOUT 18 MILLION EUROS FOR RESTORATION OF BUILDINGS DAMAGED BY SHELLING 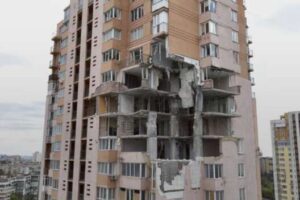 Kyiv is allocating funds and is starting to reconstruct and overhaul residential buildings and premises of the social infrastructure of the capital, damaged by the shelling of Russian barbarians. This was announced by the mayor of the capital Vitali Klitschko in the Telegram channel on Monday.
“The capital allocates about UAH 600 million from the budget. The government promised to provide another UAH 200 million. We very much count on it. After all, almost 390 buildings need to be restored in the capital. Of these, more than 220 are residential buildings. Others are social infrastructure facilities (medical institutions, kindergartens, schools, social security institutions, administrative buildings),” Klitschko wrote. 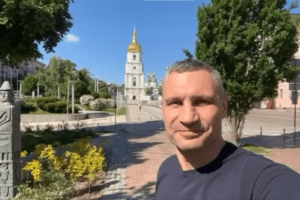 Kyiv Mayor Vitaliy Klitschko congratulated the people of Kyiv on the City Day, the press service of the Kyiv City State Administration reported.
“Kyiv… Ancient and modern. Cozy and energetic. Our city has been standing on the hills of the Dnieper for 1540 years already! Proud, rebellious, beautiful. And together we make it even better! For the soul of the city is its people! Happy Kyiv Day, dear people of Kiev! Happy birthday, our beloved city! Glory to Ukraine! Glory to Kyiv!”, the press service quotes Klitschko’s words.
It is noted that on Sunday Kyiv is 1540 years old from the date of its foundation.

DAY OF THE CITY, KIEV, KLITSCHKO 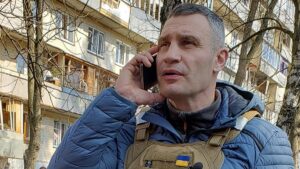 Kyiv will have a restoration plan “one day after the war,” Mayor Vitali Klitschko told Interfax-Ukraine following talks at the World Economic Forum (WEF).
“Everyone is stressing that we should prepare a plan for the day after the war: where and what we plan to do,” he told Interfax-Ukraine on Wednesday on the sidelines of the Ukrainian Breakfast hosted by the Pinchuk Foundation in Davos, host of the WEF.
According to Klitschko, separate projects for the renewal of infrastructure, logistics and the construction of a number of facilities are planned even for wartime.
At the same time, the mayor said that due to problems with the execution of the national budget, the capital is experiencing difficulties in accessing its own funds in the State Treasury.
“We have the city’s money in the Treasury, but there is no money in the Treasury. That is, we have money virtually, but not really,” he said.
Answering the question whether it is possible in such circumstances, Kyiv, following the example of the government, will also turn to the issuance of war bonds, Klitschko said: “Maybe.”
In the middle of May, the mayor estimated the cost of restoring all damaged buildings in the city at more than EUR 70 million.