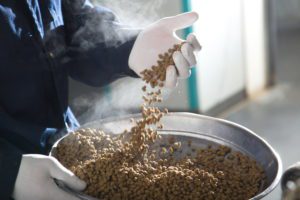 The European Bank for Reconstruction and Development (EBRD) plans to provide Kormotech LLC (Lviv region), a large Ukrainian producer of pet food, with a loan in the amount of EUR 10 million.
According to the EBRD, the loan could be issued to Kormotech for the construction of a pet food plant in Lithuania and the expansion of feed production facilities in Ukraine.
The bank said it would support the first cross-border investment of the Ukrainian company, consisting of the construction of a new production facility in Lithuania.
According to the EBRD, Kormotech is one of the three largest producers of pet food in Ukraine.
The EBRD could approve the decision on the loan on December 11, 2019.
As reported, Kormotech launched the construction of a feed plant in Lithuania in 2018 and plans to launch it in 2019. The planned capacity is 5,000 tonnes of wet feed per year.
Kormotech exports products to over 20 countries, including France, Estonia, the Netherlands, Slovenia, and Poland. The company’s facilities include two plants for the production of dry and wet feed in Lviv region. The company produces goods for cats and dogs under its own brands Optimeal, Club 4 Paws.
The ultimate beneficiaries of Kormotech are Olena and Rostyslav Vovk. 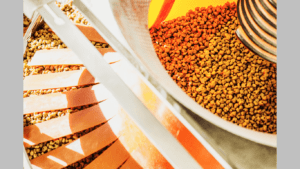 Kormotech LLC (Lviv region), a Ukrainian producer of cat and dog food, plans to expand the number of countries to export its products in South America and enter Hungary, Lebanon, Libya and the Czech Republic with own brands, the company’s press service has reported. According to the company’s press release, Kormotech is now delivering private label products to Chile in cooperation with Chilean distributor Anasac Ambiental. “Anasac Ambiental works throughout Latin America. In the future, we plan to increase the number of export countries. Therefore, we hope to cooperate with a Chilean partner in other countries of South America not only in private label, but also with Kormotech brands,” the press service reported, citing Production Director Ihor Paraniak.
As the company told Interfax-Ukraine, the company sent the first shipment to Chile in November 2018, its volume was 43 tonnes of wet food for cats. The sales in the new export countries are planned under private label, as well as Optimeal and Club 4 Paws trademarks.
In addition, the company plans to export products under its own brands to Hungary, Lebanon, Libya and the Czech Republic.
At the same time, Director and co-founder of the company Rostyslav Vovk said in an interview with Global FDI Reports that Kormotech is considering the acquisition of other pet food companies.
“We are building a new plant in Lithuania. And in the future – not next year, but soon – we are considering some acquisitions… In the near future, I think we will find companies that we can buy,” he said.
He also said that at the moment the strategic export directions for Kormotech are Poland, Romania and the Baltic countries, where the company has its own sales departments.
According to the results of 2018, Kormotech increased sales to 37,000 tonnes (a rise of 19%), exports amounted to 12.5%. By 2023, the company plans to increase the share of export sales to 50%.
In 2018, Kormotech increased the annual capacity of wet food production to 16,000 tonnes, and in 2019 plans to launch a wet feed factory in Lithuania with a capacity of 5,000 tonnes per year.
In addition, in 2020, Kormotech wants to increase the production of dry food at its production facilities in Ukraine to 46,000 tonnes (now – about 30,000 tonnes).
In 2019, the company plans the first private label shipments to the U.K. and Finland, as well as to go to U.S. retail chains (now products are sold through Amazon in this country).
Kormotech exports products to about 20 countries, including France, Estonia, the Netherlands, Slovenia, and Poland. The facilities of the company include two plants for the manufacture of dry and wet pet food. The company produces products for cats and dogs under its own brands Optimeal, Club 4 paws (Meow! and Woof! trademarks) and in private label.
The ultimate beneficiaries of Kormotech are Olena and Rostyslav Vovk.