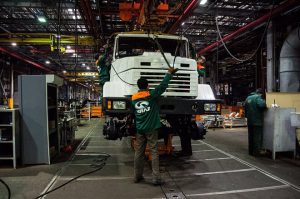 Kremenchuk Steel Plant (Kremenchuk, Poltava region), which is part of the industrial assets of TAS Group, according to preliminary data, in 2020 received a net loss of UAH 22.81 million, while in 2019 its net profit amounted to UAH 66.03 million.
According to the information on the agenda of a general meeting of shareholders of the company scheduled for April 30, published in the information disclosure system of the National Securities and Stock Market Commission, the uncovered loss of the plant by January 1, 2021 amounted to UAH 50.57 million (a year earlier – UAH 27.71 million).
As reported, in 2019, the plant reduced its net profit by 3.2 times compared to 2018.
According to the plant, by the beginning of 2021 its current liabilities amounted to UAH 342.19 million, which is 9.5% more than a year earlier, long-term liabilities decreased by 3%, to UAH 258.74 million.
The company’s assets in 2019 increased by 6.6%, amounting to UAH 854.79 million, in particular total debtor indebtedness rose by 90%, to UAH 240.94 million.
Net worth as of January 1, 2021 amounted to UAH 253.86 million, in particular charter capital – UAH 132.12 million.
Kremenchuk Steel Plant is the leading foundry enterprise in Ukraine for production of steel castings for freight cars and heavy trucks. 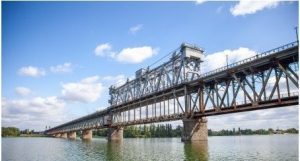 The State Agency of Automobile Roads of Ukraine (Ukravtodor) during tenders in the state electronic trading system ProZorro has reduced the expected cost of building a new bridge in Kremenchuk (Poltava region) by 11%, or UAH 1.27 billion.

Ukravtodor reported the tender was won by the Turkish company Dogus Insaat Ve Ticaret with a final offer of UAH 11.249 billion – an agreement with it will be signed after the completion of all tender procedures.

“The fact that new international players appear in the road sector who are immediately ready to compete on equal terms with others is a sign of a healthy market. And another confirmation that the path we have chosen is working. I am sure that there are more such companies – and quality as well will grow,” Head of Ukravtodor Oleksandr Kubrakov said.

According to him, 95% of the materials that will be used in the construction of the bridge will be Ukrainian.

According to the feasibility study of the project, the new bridge will be cable-stayed, with four lanes, two in each direction. On the right bank of the Dnipro River, it will connect with the N-08 highway, on the left – with the existing street network of Kremenchuk. At these points, it is planned to build transport interchanges at different levels. The total length of the structures will be over 3 km. 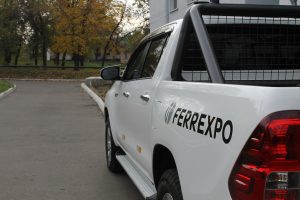 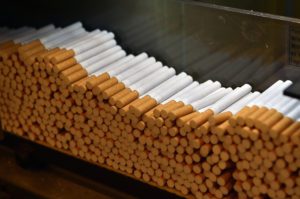 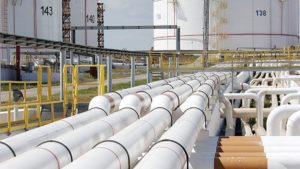 JSC Ukrtransnafta, having checked the quality of U.S. crude oil (the Bakken formation), which was delivered by a tanker late last week, has started pumping it into the pipeline towards Ukraine’s Kremenchuk oil refinery.
“After the compliance of the crude oil was confirmed, Ukrtransnafta began pumping oil for its further transportation through the Odesa-Kremenchuk oil pipeline to the Kremenchuk refinery,” Ukrtransnafta said on Facebook on July 13.
As reported, the first batch of crude oil from the United States arrived in Odesa on July 6. It was delivered by the Wisdom Venture tanker.