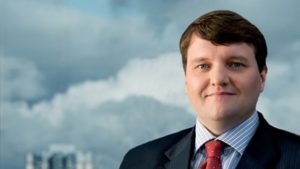 Ukrainian President Volodymyr Zelensky has appointed Andrew Mac, the head of Ukrainian law firm Asters office in Washington, as his non-staff adviser (by consent). The head of state signed relevant decree on November 5, according to the president’s press service.
Andrew Mac specializes in cross-border transactions involving the U.S., Ukraine and CIS entities being an expert in mergers and acquisitions, corporate and competition law, corporate compliance, Foreign Corrupt Practices Act (FCPA) and Bribery Act, capital markets and state regulations.
He has deep hands-on experience in coordinating complex cross-border disputes, as well as in advising Ukrainian and CIS businesses in their U.S. partner interactions.
Andrew Mac is a licensed advocate both in Ukraine and the United States. He is a member of American Bar Association and Ukrainian-American Bar Association.
Asters was founded in 1995 as Shevchenko Didkovskiy and Partners and renamed to Asters during rebranded in 2008.
In 2010, Kyiv Post recognized Andrew Mac one of the most influential foreigners in Ukraine.