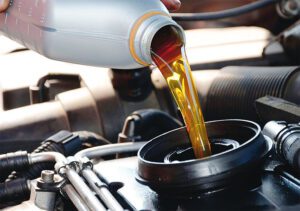 The volume of the motor fuel market, including petrol, diesel fuel liquefied gas, in Ukraine, in 2021 increased by 6%, to 12.22 million tonnes, according to a press release from the A-95 Consulting Group.
According to the group, the growth of the market is dictated by economic activity and de-shadowing of the sector.
“The increase in supplies was the result of not only the growing economic activity, especially in the agricultural sector and road construction, but also comprehensive efforts to combat the illegal market. Part of the volumes were brought out of the “shadow,” but this sector, especially with regard to petrol, still accounts for up to 20% of the market,” Serhiy Kuyun, the director of A-95 Consulting Group, said.
According to A-95, the volume of diesel fuel and motor gasoline markets increased by 7% in 2021, to 7.97 million tonnes and 2.29 million tonnes, respectively. At the same time, the liquefied natural gas market showed negative dynamics for the first time in the last eight years, decreasing by 1% to 1.96 million tonnes.
Last year, in the structure of diesel fuel supplies, the share of imports increased in percentage terms from 84% to 86%. At the same time, the share of Russian diesel fuel decreased from 35% to 25% (2.05 million tonnes against 2.61 million tonnes in 2020), the main reason for which was the cessation of pumping through the PrykarpatZakhidTrans oil product pipeline.
At the same time, 2.89 million tonnes were supplied from Belarus in 2021, which amounted to 36% of the Ukrainian market against 30% of the share of Belarusian supplies in 2020.
A record volume of diesel fuel – 1.2 million tonnes, which is 1.5 times more than in 2020 – entered Ukraine by sea.
In 2021, Ukraine imported 1.28 million tonnes of gasoline, or 56% of the market volume. At the same time, Belarusian refineries supplied up to 1 million tonnes and retained their share in gasoline imports at the level of 2020 – 78%. The Polish concern Orlen increased deliveries by 11% over the year – up to 262,200 tonnes.
Domestic gasoline production in 2021 amounted to 1.01 million tonnes, demonstrating a 3% drop due to malfunctions at the Ukrtatnafta refinery last fall (the plant produced 880,000 tonnes of gasoline for the year).