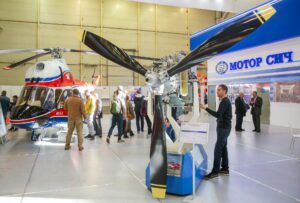 China’s Beijing Skyrizon Aviation Industry Investment Co. has filed a lawsuit against Ukraine in the Permanent Court of Arbitration in The Hague, demanding %4.5 billion in compensation for the violation, in its opinion, of the Sino-Ukrainian intergovernmental agreement of October 1992 on protection of the company’s investment in Motor-Sich shares, the Chinese publication Global Times reported, with reference to Skyrizon.“Chinese investors have suffered significant losses both in Ukraine and in China due to five years of unfair treatment and continued use of illegal measures in Ukraine,” the newspaper reports.At the same time, information about the claim is not yet available on the website of the Hague Arbitration.Earlier it was reported that Skyrizon and other Chinese investors in Motor-Sich shares notified Ukraine of their intention to submit to international arbitration in early September 2020, and sent a direct request to the court in early December as there was no compromise with Kyiv. The initial amount of claims was %3.5 billion. The interests of the Chinese plaintiffs were represented by the international law firms WilmerHale, DLA Piper and Bird & Bird.PJSC Motor-Sich is one of the world’s largest manufacturers of engines for aviation equipment, as well as industrial gas turbine units. It supplies products to more than 100 countries around the world. Last year, Motor-Sich received UAH 906.65 million in net profit against UAH 703.18 million in net loss in the previous year. The company’s revenue increased by 14.1% – up to UAH 11.432 billion.According to a source in the Ukrainian government, currently about 75% of Motor-Sich’s shares are already owned by a group of Chinese owners, and some part of the disputed block of shares acts as a pledge for financing provided, among other things, by China Development Bank.

PJSC Motor Sich (Zaporizhia) in January-September 2021 received UAH 920.03 million of net profit, which is 0.7% less than in the same period in 2020.
According to the interim consolidated financial report of Motor Sich on the website, net income for the nine months of this year increased by 25.9% – to UAH 9.696 billion.
The company’s gross profit increased by 5.4% – to UAH 3.375 billion, while operating profit decreased by 35.4% – to UAH 1.078 billion.
According to the balance sheet, the company’s retained earnings at the end of September reached UAH 19.14 billion.
“During the reporting period, Motor Sich increased the share of sales of new types of equipment in the total volume of sales and continues to work towards achieving the planned profitability indicators of such projects. The diversification strategy of production is expected to offset the decrease in receipts for products that are approaching the end of their life cycle in the long term,” the report says.
According to the report, for the nine months of this year, serial aircraft engines accounted for about 56% of production and sales, and helicopters – about 10.6%. Another 8.2% of production and 7% of sales came from aircraft engine repairs.
Motor Sich is one of the world’s largest manufacturers of engines for aviation equipment, as well as industrial gas turbine units. It supplies products to more than 100 countries around the world. 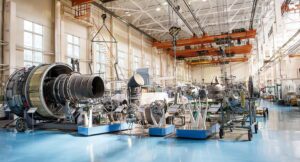 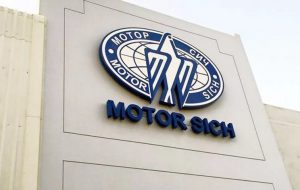 China asks Ukraine to properly resolve the conflict issue surrounding the purchase of Motor Sich shares by Chinese investors, Chinese Foreign Ministry Spokesperson Hua Chunying said at a briefing, answering a question from the RIA Novosti Russian state agency about the reaction to possible nationalization enterprises by decree of the President of Ukraine.
“China asks the Ukrainian side to protect the legitimate rights and interests of Chinese enterprises and investors in accordance with the law and properly resolve the relevant issues,” Chunying said in a transcript of the March 25 briefing on the Chinese Foreign Ministry’s website.
The spokesperson said that the Foreign Ministry was informed about the relevant documents on Motor Sich.

The Shevchenkivsky District Court of Kyiv, based on materials of the SBU, seized the integral property complex and 100% of the shares of JSC Motor Sich.
According to the SBU press center, based on the results of the judicial review, the property was transferred to the management of Asset Recovery and Management Agency of Ukraine (ARMA) with the obligatory determination of a state-owned management company.
At present, the Main Investigation Department of the SBU carries out pretrial investigations of Motor Sich in two directions.
The first is on the grounds of crimes provided for in Articles 14, 15, 111 and 113 of the Criminal Code of Ukraine (regarding sabotage and subversive activities in favor of the Russian Federation).
The second – on the grounds of crimes provided for by Articles 209, 212 and 364 of the Criminal Code of Ukraine. It examines violations of the law during the initial privatization and subsequent illegal concentration of shares.
“This is not only about the fate of one enterprise, but about how the state is able to protect its own interests. Since the security of the Ukrainian Motor Sich is a matter of national security,” the press center quotes head of the SBU Ivan Bakanov.
The state-owned enterprise JSC Motor Sich will continue its work in accordance with requirements of the current legislation, with the preservation of jobs and fulfillment of obligations within the framework of production orders, the SBU reports.
As reported, on March 12, Secretary of the National Security and Defense Council of Ukraine Oleksiy Danilov said that at a meeting of the National Security and Defense Council on Thursday, March 11, it was not about the nationalization of Zaporizhia Motor Sich enterprise, but about its return to the ownership of the Ukrainian people in accordance with the current legislation.
Chinese Foreign Ministry Spokesperson Zhao Lijian, in turn, stated that China requires Ukraine to protect the legitimate interests of Chinese investors in connection with the decision to nationalize the Motor Sich JSC, more than 50% of which is owned by Chinese companies.
The Chinese shareholders of Motor Sich initiated an arbitration against the state of Ukraine in December 2020 for $3.6 billion. They claim that the Ukrainian authorities expropriated their investments, as well as violated their other rights provided for by the intergovernmental agreement on the encouragement and mutual protection of investments between Ukraine and China from October 1992. The interests of the Chinese plaintiffs are represented by international law firms WilmerHale, DLA Piper and Bird & Bird.
According to a source in Ukrainian government, currently about 75% of Motor Sich shares are already owned by a group of Chinese owners, and some part of the disputed block of shares acts as collateral for financing provided, among other things, by China Development Bank.
Motor Sich is one of the world’s largest manufacturers of aircraft engines and industrial gas turbine units. It exports its products to more than 100 countries. Motor Sich reported UAH 930.2 million in net profits in January-September 2020, while it saw net losses of UAH 532.7 million in the same period in 2019. The company’s net revenue has grown by 20.2% to UAH 7.6795 billion.

MOTOR SICH TO BE RETURNED TO UKRAINIAN STATE – OPINION

Motor Sich PJSC will soon be legally returned to the ownership of Ukraine, said Oleksiy Danilov, Secretary of the National Security and Defense Council (NSDC) of Ukraine.
“… We are talking about the Motor Sich enterprise in Zaporozhia. To date, a decision has been made according to which the Motor Sich enterprise will be returned to the Ukrainian people. It will be returned to the ownership of the Ukrainian state in a legal, constitutional way in the near future,” Danilov said at a briefing on Thursday following the results of the NSDC meeting.
Every case of Ukrainian defense industry enterprises “miraculously ending up in private hands” will be considered separately, he said.
“People who have invested in these enterprises will certainly receive proper compensation. This is being done for our country’s national security,” Danilov said.
Motor Sich is one of the world’s largest manufacturers of aircraft engines and industrial gas turbine units. It exports its products to more than 100 countries. Motor Sich reported UAH 930.2 million in net profits in January-September 2020, while it saw net losses of UAH 532.7 million in the same period in 2019. The company’s net revenue has grown by 20.2% to UAH 7.6795 billion.
As reported earlier, Chinese shareholders of Motor Sich initiated arbitration proceedings worth $3.6 billion against the state of Ukraine in December 2020. They argued that the Ukrainian government expropriated their investments and violated their other rights guaranteed by the October 1992 intergovernmental agreement between Ukraine and China on the encouragement and mutual protection of investments. The international law firms WilmerHale, DLA Piper, and Bird&Bird are representing Chinese investors’ interests in the claim.
According to a government source, about 75% of Motor Sich’s stock already belongs to Chinese investors, while a portion of the disputed stake is being used as security for financing provided, among other investors, by China Development Bank.
Wang Jing’s Beijing Xinwei said in early August 2020 that it had abandoned attempts to obtain permission to buy Motor Sich jointly with Ukroboronprom and that Oleksandr Yaroslavsky’s company DCH was its new partner in the deal. The companies have filed four applications with Ukraine’s Antimonopoly Committee to approve the deal, the last time in December 2020, but none of them have been granted yet.
Another attempt to hold a shareholders meeting on January 31 also failed in view of the fact that a 41% stake in the company was frozen at the Ukrainian Security Service’s initiative in 2017, and the freeze was later expanded to the entire stock. On January 29, 2021, Ukrainian President Volodymyr Zelensky enforced a National Security and Defense Council decision to impose sanctions on Chinese citizen Wang and companies Beijing Xinwei Technology Group Co., Ltd; Beijing Skyrizon Aviation Industry Investment Co., Ltd (both Beijing-based); Skyrizon Aircraft Holdings Limited (the British Virgin Islands); and Hong Kong Skyrizon Holdings Limited (Hong Kong), which are associated with Wang and which have been trying over the past several years to exercise the Motor Sich shareholders’ rights in Ukraine. In the wake of this decision, China forwarded a note to the Ukrainian Foreign Ministry.
Former U.S. National Security Advisor John Bolton said at the end of August 2019 that the U.S. was concerned about Motor Sich’s possible sale to Chinese investors. U.S. Charge d’Affaires ad interim to Ukraine William Taylor said at the end of 2019 that the U.S. expected a new deal to be concluded to invite a U.S. or some other investor to Motor Sich to prevent its sale to Chinese buyers.
The Bureau of Industry and Security at the U.S. Department of Commerce put the Chinese company Skyrizon on its Military End User list in early January 2021, meaning that cooperation with it requires special authorization. “Skyrizon – a Chinese state-owned company – and its push to acquire and indigenize foreign military technologies pose a significant threat to U.S. national security and foreign policy interests,” U.S. Commerce Secretary Wilbur Ross was quoted as saying.