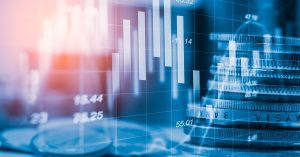 Ukrainian company Augmented Pixels, which is based in Palo Alto (California, the United States) and develops products in the fields of navigation, digital mapping and virtual/augmented reality, has raised $2 million in investments.
“Augmented Pixels, Inc. closed a $2M funding round from current and new investors and completed the development of indoor navigation, earth-scale 3D mapping and cloud localization technologies,” CEO and Founder of Augmented Pixels Vitaliy Goncharuk has said.
Augmented Pixels will use the funds to continue its innovative R&D efforts while also expanding with an executive team based in the United States.
In general, the company has raised $7 million since 2015.
As reported, ICU invested in Augmented Pixels in July 2020. The amount of the investment was not disclosed.

ICU has invested in Augmented Pixels, a Ukrainian company that develops products in the fields of navigation, digital mapping and virtual/augmented reality, the press service of ICU said on Thursday. The amount of the investment is not disclosed.
“Augmented Pixels already has solid market experience and a promising product that solves important practical problems – this is exactly what we are looking for in companies,” Head of ICU Ventures, ICU’s venture wing, Roman Nikitov said.
According to the press release, the Augmented Pixels’ product enables autonomous navigation for robots in GPS-denied environments, as well as having features that allow to create 3D maps for navigating in unknown spaces through a smartphone or virtual/augmented reality devices (indoor navigation).
“During COVID-19 pandemic many companies fired excellent programmers. We decided to move forward more aggressively and develop new products, therefore we attracted additional funding. The whole process took less than a month – I am impressed by the professionalism and proactivity of the ICU team,” CEO of Augmented Pixels Vitaliy Honcharuk said.
According to ICU, each new success story of a Ukrainian company increases the credibility of the Ukrainian venture capital market and makes us more visible on the world map.
“This is one of our goals as a strategic investor in this region,” Nikitov said.
As reported, earlier ICU invested in the following well-known Ukrainian start-ups: Petcube, Apostera, 3DLook, Hideez and Respeecher.