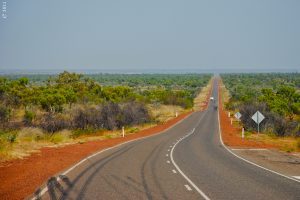 The State Agency of Automobile Roads of Ukraine (Ukravtodor) has announced its intention to overhaul 40 km of the M-05 Kyiv-Odesa road at the expense of funds from international financial organizations, Onur Taahhut Tasimacilik Insaat Ticaret Ve Sanayi A.S. (Turkey) was determined as the contractor with a contract signed for the amount of EUR65.033 million.
The agency said on Telegram the reconstruction of the road section (km 87+442 – km 128+028) will be carried out as part of the project for improving the transport and operational condition of roads on the approaches to Kyiv, which is implemented for credit funds of the European Investment Bank (EIB) and the European Bank for Reconstruction and Development (EBRD).
According to Ukravtodor, in particular, the matter concerns three facilities where road, bridge, drainage and other works will be carried out.
“Based on the results of open international tenders in accordance with the principles and rules of the EBRD, Onur Taahhut Tasimacilik Insaat Ticaret Ve Sanayi A.S. was determined as the contractor. A contract was signed with it on January 20, 2020 for a total of EUR65.033 million excluding VAT,” the report says.
According to Ukravtodor, the contractor is currently carrying out preparatory activities. The active phase of the overhaul of the site will begin after the issuance of an appropriate permit for road work by the State Architectural and Construction Inspectorate.