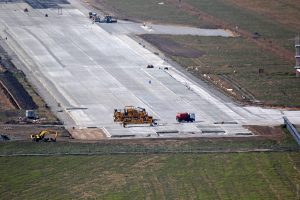 President of Ukraine Volodymyr Zelensky during a working visit to Odesa region was informed on the implementation of the project of reconstruction and construction of the Odesa International Airport airfield complex, the president’s press office announced.
Minister of Infrastructure Vladyslav Krykliy noted that the new runway of Odesa airport is 2,800 meters in length and 45 meters in width. The new airfield will allow to accommodate airplanes in category D designated for mid- and long-duration flights, in particular, Boeing-747-400/800, in category III ICAO and other aircraft with a capacity up to 300 passengers. The overall cost of the aerodrome reconstruction project totals UAH 3.9 billion.
The minister added that the new runway will allow Odesa airport to receive more than 2 million passengers a year, a new taxi strip, when constructed, to receive more than 5 million.
Zelensky inquired if there was a passenger demand for the construction of a new airport strip.
“There is a demand, of course, because Odesa is a tourist city, it is developing. This year, the Travel Ukraine program was launched, and Odesa airport accepted too many passengers, even despite COVID-19 challenges we face today,” Krykliy said. 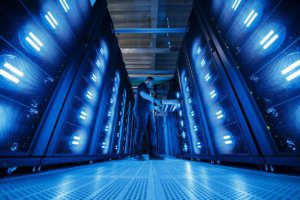 State-owned enterprise (SOE) Pivdenne Design Bureau (Yuzhnoye, Dnipro) has put the Yuzhnoye computer center with the most powerful super computer in Ukraine into operation, the press service of the bureau reported. According to the report, the unique computer was developed specially for solving of engineering and scientific tasks using methods of computational physics in cooperation with MTI, Hewlett Packard Enterprise, APC and ANSYS.
“Reliable and smooth functioning of the computer center is guaranteed by the developed engineer and computer infrastructure and effective tasks solution is guaranteed by the most advanced software, which is used for simulation in such fields as aerodynamics, mechanics, heat exchange and physics,” the press service said.
The bureau said that the high-performance system of super computer contains a hundred of servers and approximately 4,000 of computational cores and newest architecture processors. The general size of random access memory is approximately 18 terabytes, as well as storage for data with a size of 200 terabytes is available. All super computer components are connected using special high speed computer network. Moreover, the system is equipped with a hybrid computing servers with new graphic accelerators and separate modules for processing and visualization of big calculation data.
The peak performance of super computer is 300 teraflops (Trillion Floating-Point Operations per Second) and this can be compared with the power of 1,000 of personal computers operating simultaneously, the press service said.
The access to such computer power will allow the Pivdenne Design Bureau’s specialists to study hundreds of technical solutions and implement the most optimal and effective ones, it will also enhance possibilities for implementation of new and non-standard ideas, the press service said.
The Pivdenne Design Bureau is a leading research center of Ukraine and a holder of advanced space technologies, many of whose products and services are exported to the EU, the United States, and other countries. 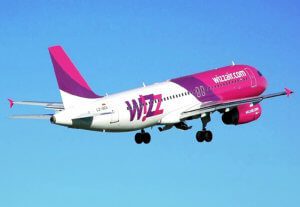