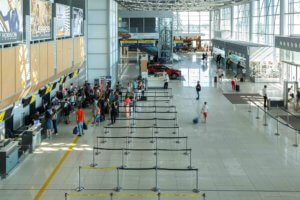 Kharkiv International Airport’s passenger traffic in August 2018 was 94,700 people, which is 10% more than in the same period in 2017, the airport’s press service reported. The most popular regular destinations in August 2018 were Kyiv (UIA), Istanbul (Turkish Airlines, Pegasus), Warsaw (LOT), Tel Aviv (UIA), Dortmund (Wizz Air), Katowice (WIzz Air), Minsk (Belavia), Milan (UIA), Batumi (Yanair, MyWay Airlines) and Tbilisi (MyWay Airlines),” it said on Thursday. As the press service informs, this is a record indicator for Kharkiv International Airport.
In July 2018, the most popular destinations were Istanbul (Pegasus, Turkish Airlines), Kyiv (UIA), Warsaw (LOT), Tel Aviv (UIA), Dortmund (WizzAir), Minsk (Belavia), Milan (UIA), Batumi (MyWay Airlines , Yanair), Katowice (WizzAir), Tbilisi (MyWay Airlines), Lublin (Bravo Airways).
In July 2018, passenger traffic totaled 104,500 people, which was 20% more than for the same period in 2017 (87,200).
Since the beginning of 2018, the airport’s passenger traffic airport has made up 440,200 people, which is 21% more than for the same period in 2017 (364,100 people). Kharkiv airport has a runway 2,500 meters long and 50 meters wide. There are two passenger terminals with the capacity of 100 and 650 people on its territory. DCH manages the airport through New Systems AM. 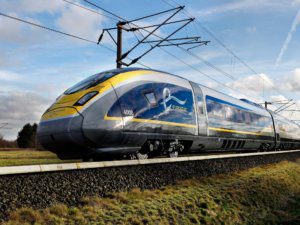