OVER 2 MLN PEOPLE IN UKRAINE REGISTERED AS INTERNALLY DISPLACED PERSONS

The Ministry of Social Policy says that since the introduction of martial law, more than two million people have registered as internally displaced persons.
“I know that now, when talking about internally displaced persons, they often talk about people who have moved after martial law. But the war has been going on for eight years, and the number of those who have been forced to leave their homes since 2014 and seek asylum in other regions of the country is higher. To date, the Unified Information Database on Internally Displaced Persons has information on 3.4 million people,” the ministry’s press service quotes the Minister of Social Policy.
It is noted that more than two million of them are people who were forced to move after the introduction of martial law.
According to the report, most people after the large-scale military invasion of Russia moved to Lviv, Dnipropetrovsk, Poltava, Vinnytsia and Kyiv regions.
Most internally displaced persons are registered in Donetsk, Luhansk, Kharkiv, Dnipropetrovsk and Kyiv regions.
The Ministry of Social Policy also reports that more than 225,000 people have registered as internally displaced persons through Diia. 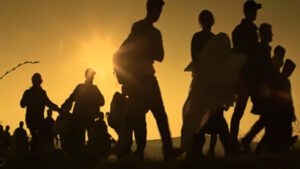 On April 8, 41,000 people crossed the state border from Ukraine to the EU and Moldova, compared to 34,000 the day before, about two-thirds came to Poland, which is in line with the average values, the State Border Service said in a Facebook post on Friday.
According to the data of the Polish border service on Twitter, on April 8, 27.5 thousand people entered the country from Ukraine, which is 17% more than the day before, but over the first 7 hours of Saturday, the flow decreased by 4.4% to 6.5 thousand 16.6 thousand people left Poland for Ukraine on Friday.
According to the State Border Service, the flow of people entering Ukraine on April 8 increased slightly – from 25 thousand to 26 thousand, including citizens of Ukraine – from 22 thousand to 23 thousand.
All checkpoints on the western border (except “Dzvinkove” – from 8:00 to 20:00 and “Kosino” – from 8:00 to 24:00) operate around the clock.
The State Border Service also reported that over the past day the number of registered vehicles with humanitarian cargo increased to 660 from 550 the day before.
According to UNHCR data, at 13:00 on April 8, a total of 4.36 million people left Ukraine since the beginning of the war, of which 2.56 million went to Poland, 745.07 thousand to Romania and Moldova, and 431.89 to Hungary. thousand, Russia – 389.85 thousand, Slovakia – 310.99 thousand, Belarus – 19.1 thousand.

FROM BEGINNING OF WAR, 1.9 MLN PEOPLE LEFT UKRAINE FOR POLAND 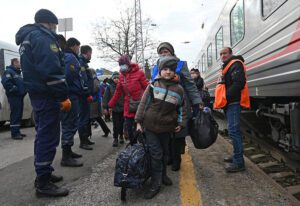 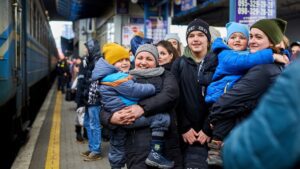 Since the beginning of hostilities in Ukraine, Ukrzaliznytsia has evacuated more than 2 million people, Deputy Head of the President’s Office Kyrylo Tymoshenko said live on the information marathon.
“This is really a big figure, and many thanks to Ukrzaliznytsia, which carries people to safe regions,” he said.
According to Tymoshenko, about 150,000 more people were taken by buses from the cities where the most active hostilities are taking place.
“This applies to Luhansk region, Donetsk region, Sumy region, Kyiv and Zaporizhia regions. For all the time, 26 humanitarian corridors have been worked out,” he specified.
Separately, Tymoshenko dwelled on the issue of evacuation from Mariupol.
“We have been trying to get to Mariupol for the fourth day already – now a humanitarian convoy is standing 60 km from the city, but they are not letting it through,” he said, adding that on Monday, March 14, it was possible to ensure that people were able to leave at least in private cars.
Those who managed to evacuate from Mariupol were accepted in Zaporizhia region. 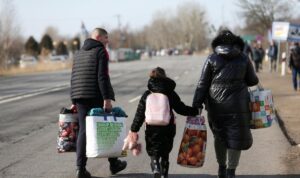 Russia’s military offensive against Ukraine led to the destruction of civilian infrastructure and civilian casualties, and forced over 2.011 million people to leave the country in 12 days of war in search of safety, protection and assistance, according to information on the website Office of the United Nations High Commissioner for Human Rights (OHCHR) at 12:00 on Tuesday.
According to it, most of the refugees from Ukraine arrived in Poland, namely 1.204 million people.
Hungary received 191,350 refugees from Ukraine; Slovakia some 140,750; Moldova some 82,760; Romania some 82,060; other European countries some 210,240 people.
According to the UN OHCHR, some 99,300 arrived in Russia from Ukraine, and 450 people arrived in Belarus.
According to the organization, as the situation continues to evolve, about 4 million people may leave Ukraine.
The organization said the right to free movement within the Schengen area means that there are very few border controls in the European Union, so arrival data for Hungary, Poland and Slovakia only reflect border crossings in these countries, but the UN estimates that a large number of people moved to other countries.
In addition, UNHCHR does not take into account persons from border countries who leave Ukraine and return home. 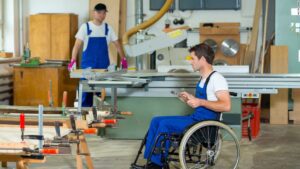 Employment of people with disabilities in Ukraine can be based on two models, advisor and presidential envoy on disability issues Tetiana Lomakina said in an exclusive interview with Interfax-Ukraine.
According to her, currently 2 million 2,700 people with disabilities live in Ukraine, of which only 26% are employed.
She also noted that if all employers actually fulfill the 4% quota for hiring people with disabilities provided by law, they will all be employed, but theory and practice are different.
“We talked with companies, with entrepreneurs and found two models. The first is social entrepreneurs – those who, when creating a business, put and continue putting the ideals of society higher than earnings at its foundation. You probably know such examples. For example, Kyiv’s bakery Good Bread from Good People or restaurant in Kharkiv Snow on the Head, where people with mental disabilities work. That is, people initially wanted to do good and after that they formalized it into social entrepreneurship,” Lomakina said.
The second model, as the adviser- presidential envoy on issues of disability said, is the use of international business practices by Ukrainian campaigns.
“The most important thing in such campaigns: the principles of policy, corporate standards, daily routine, the rules are the same for all employees, regardless of whether they have physical or mental disabilities. And if these rules are not respected, the same approaches are applied to all … Such a policy of equality stipulates that a person with a disability may have more needs and the company is ready to meet them, but there are rules, indicators are indicators, the result is a result. And it is in such a situation that all these fears that Ukrainian entrepreneurs talk about (about the difficulties of changing the approach to a worker with a disability, if he does something wrong or he has insufficient qualifications), are simply leveled out by the correct setting of the process of organizing work,” she said.
In addition, according to Lomakina, international campaigns pay great attention to staff training and exploring the capabilities of their employees.
“Their corporate training programs are aimed at closing weaknesses and developing strengths. I am sure that all this is possible in Ukrainian conditions, if we put a person and his qualifications in the center of attention,” she added.
According to her, practice shows that it is this approach that makes it possible to fulfill not even a 4%, but a 6% quota for the employment of people with disabilities.