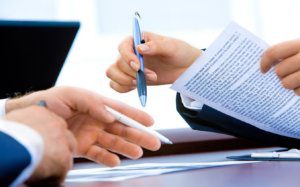 Ukrainian insurance companies in January-September 2018 collected UAH 84.044 million in premiums under insurance contracts signed through resident intermediaries, which is 27.8% less than in January-September 2017 (UAH 116.370 million).
According to a report on the website of the National Commission for the State Regulation of the Financial Services Market, the number of contracts concluded through brokers during this period increased by 63.7%, to 5,363.
In accordance with the regulator’s information, out of the total amount of premiums those for personal insurance amounted to UAH 65.684 million (1,732 contracts), property – to UAH 11.757 million (125), mandatory insurance – to UAH 2.205 million (3,364), life insurance – to UAH 1.6 million (six), and liability insurance – to UAH 2.797 million (136).
The amount of remuneration for the provision of such intermediary services for the nine months of 2018 almost tripled, to UAH 20.138 million.
Reinsurance premiums received by resident reinsurers under reinsurance contracts signed by brokers in favor of reinsurers for the specified period increased by 180%, to UAH 14.321 million (under 106 contracts). In particular, premiums under property insurance contracts amounted to UAH 13.496 million, liability – to UAH 792,400, and mandatory insurance – to UAH 32,500.
Insurance claim fee payments compensated by resident reinsurers were not made under such contracts.