PRODUCTION OF ANIMAL PRODUCTS IN IN JAN-MARCH 2021

PRODUCTION OF ANIMAL PRODUCTS IN IN JAN-MARCH 2021 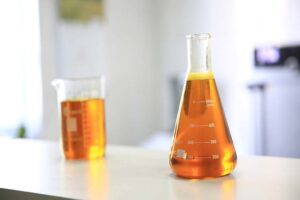 Agroholding Astarta, the largest sugar producer in Ukraine, in July will invest UAH 500,000 in the installation of a technological line for the production of inverted sugar syrup at Novoorzhytske sugar plant (Novoorzhytske, Poltava region), the release of the first batch of products is planned for August 2021, the company’s press service said.
“The main consumers of inverted syrup will be Ukrainian beekeepers. This product can be used to feed bees, since it allows you to preserve the offspring of bee colonies and increase their productivity. Our product will allow beekeepers to increase the efficiency of their apiaries, introduce modern technologies in this process and maintain a leading position in honey production in the world,” curator of the project Ivan Chepak said.
According to the company, inverted sugar syrup is also in demand in confectionery industry, and if the pilot project is successfully implemented, Astarta will expand its production and expand sales markets. Developing this project, the company is increasing the volume of products with a higher degree of processing, forming the added value of its products, the report explains.
As reported, Astarta is a vertically integrated agro-industrial holding operating in eight regions of Ukraine. It includes five sugar factories, agricultural enterprises with a land bank of 220,000 hectares and dairy farms with 22,000 animals, seven elevators, a biogas complex and a soybean processing plant in Poltava region (Globino Processing Plant LLC).

ASTARTA expands its product range and launches a pilot project on invert sugar syrup production. The initial batch is scheduled for August 2021.
The process of technological reequipment of the enterprise has already started. A special processing line will be installed at the Novoorzhytskiy sugar factory in the first half of July. The total investments are UAH0.5m.
– The main consumers of the first batch of inverted syrup will be Ukrainian beekeepers. This product can be used as feeding during the overwintering of bee colonies and helps to increase their productivity. It will also allow beekeepers to increase efficiency in their apiaries, introduce modern technologies and maintain a leading position in honey production in the world, – said project manager Ivan Chepak.
Invert sugar syrup is in demand with the confectionery industry as well. Therefore, in case of successful implementation of the pilot project, ASTARTA plans to increase the production of invert syrup and expand the marketing capabilities.
Thus, forming the added value of its products, ASTARTA increases the volume of products with a higher degree of processing, creates efficient production with a closed technological cycle and performs technical and technological reequipment of its enterprises.

UKRAINE TO INCREASE STEEL PRODUCTION IN 2021 TO 21.7 MLN TONNES 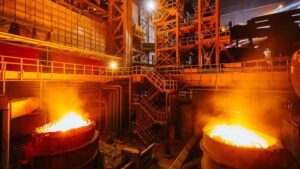 Ukrainian metallurgical enterprises are expected to increase steel production by 5% by the end of 2021 compared to 2020, to 21.723 million tonnes.
As reported in the background documents of the Ministry of Economy, which are at disposal of Interfax-Ukraine, production of general rolled products will also increase by 5%, to 19.394 million tonnes, as well as cast iron – by 5%, to 21.521 million tonnes.
The forecast is based on production indicators for January-May of this year, summarized by the Ukrmetalurgprom association, the ministry said.
At the same time, the source of the agency said that if the existing trends continue, the supply of scrap metal to metallurgical enterprises in 2021 will increase by 13%, to 3.280 million tonnes.
Output of pipes in 2021 may increase by 9%, to 931,000 tonnes, coke – by 3%, to 9.928 million tonnes, and refractories – by 7%, to 235,000 tonnes. 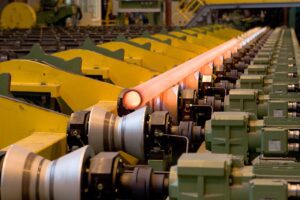 EGYPT AND UKRAINE DISCUSS JOINT PRODUCTION AND EXPORT TO AFRICA 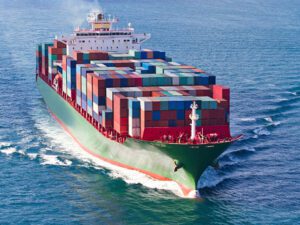 Ukraine and Egypt are discussing the possibility of joint production between enterprises and export to the African market, Ambassador Extraordinary and Plenipotentiary of the Arab Republic of Egypt Ayman Ahmed Mokhtar Elgammal has said in an exclusive interview to Interfax-Ukraine.
Egypt is a member of a number of free trade areas in African and Arab countries, he said. The official added that, for example, they invited the Ukrainian government to invest in the Suez Canal Economic Zone (SCZone).
According to the ambassador, Ukrainian enterprises will be able to manufacture products in Egypt and benefit from Egyptian free trade agreements in the region.
This will also be the topic of a meeting of the intergovernmental technical committee in June, he added.
At the same time, he clarified that so far no proposals have been received from Ukrainian companies on investments in SCZone.
At the same time, various organizations in Ukraine, in particular Ukrmashbud and its member companies, have asked to open their representative offices in Egypt for the joint production of high-tech goods of heavy engineering, the ambassador said.