COLLIERS-UKRAINE: PROFITABILITY OF FIVE-STAR HOTELS IN KYIV 15% UP 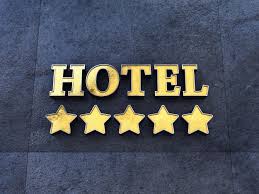 The average daily room rate (ADR) in five-star hotels in Kyiv in euros in 2018 increased by 15% compared with 2017, to EUR 150 per day, while the occupancy rate was still 45-50%, Natalia Chystiakova, the director of the appraisal and consulting department at Colliers International (Ukraine), has said. “The Kyiv market is represented by more than 100 hotels with 10,500 rooms and serves 1 million visitors per year. In 2018 the market actually came to life for the first time after the situation of 2013-2014. There was an increase in ADR and occupancy … If next year the situation is stable, a further growth is planned,” she said at a press conference at the Interfax-Ukraine agency.
According to the expert, for the whole year the ADR indicator in Kyiv hotels grew by 10% and is approaching the 2013 level. At the same time, in the segment of five-star hotels, the second year in a row shows a rather low occupancy rate of 45-50%, while ADR rose by 15%, to EUR 150 per day. At the same time, in the category of three- and four-star hotels, ADR did not grow over the year, but the occupancy rate increased by 5%.
According to a company press release, the average occupancy rate of four-star hotels in 2018 was 50-58%, three-star hotels some 55-65%. The room rates were EUR 80 in the four-star segment, and EUR 45 in three-star hotels.