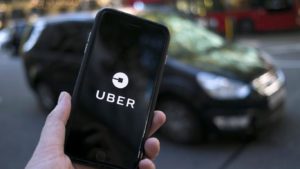 Ukrainian President Volodymyr Zelensky met Uber Technologies Inc. CEO Dara Khosrowshahi on the sidelines of the 74th session of the UN General Assembly in New York and discussed the prospects of increasing capital investment of the company in Ukraine with him.
“During the meeting, the parties discussed a number of issues regarding Uber’s activities in Ukraine, as well as the prospects of increasing the company’s investments in our country,” the press service of the head of state reported.
Zelensky informed Khosrowshahi of the implementation of the reform policy aimed at improving the business climate in Ukraine and creating favorable conditions for attracting foreign investments.
In addition, the use of environment friendly vehicles in Ukraine by Uber was discussed during the meeting.