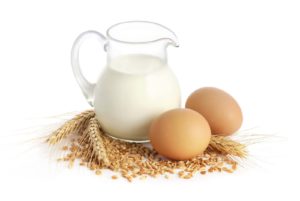 Ukraine has agreed on the veterinary certificates for exporting livestock products to Qatar, the press service of the State Service of Ukraine for Food Safety and Consumers’ Rights Protection has reported. According to the report, the states approved the forms of certificates for exporting meat and meat products (in particular, poultry and beef), milk and dairy products, shell eggs and egg products, fish and fish products, as well as processed food from Ukraine to Qatar.
As reported, Ukraine agreed on certificates for the export of dairy products to Bosnia and Herzegovina and to Oman, as well as for the export of beef to Saudi Arabia.
In 2018, Ukraine opened 85 export markets for various types of products and increased the number of enterprises that received the right to export food products of animal origin. A total of 126 producers of the country can export food products to EU countries. 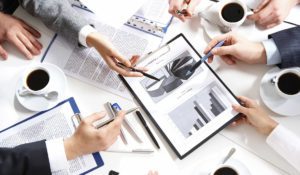 Ukraine’s Verkhovna Rada has ratified a treaty between the governments of Ukraine and Qatar on avoidance of double taxation and prevention of income tax evasion.
The Finance Ministry of Ukraine reported on its website that the ratification of the treaty will help to accelerate the prevention of tax evasion, mutual reduction of tax obstacles for investment and trade.
The treaty introduces taxation of dividends at the rate of 10%, as well as 5% for dividends received by a company holding less than 10% of the capital of the dividend payers. The document sets taxation of royalties at the rate of 10% and 5% for other cases.
In addition, the treaty foresees the exchange of tax information without reservations about the requirements of national tax interest or bank secrecy, the Finance Ministry said. 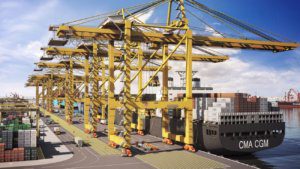 Qatar has showed its interest in concession of Olvia and Kherson seaports, Ukraine’s Infrastructure Ministry has reported on its website. The ministry said that the Ukrainian Sea Port Authority has signed a memorandum of understanding with Qatar ports management company Mwani Qatar, envisaging cooperation aimed at boosting cargo flow between seaports of Ukraine and Qatar, in particular, exports of agricultural products made in Ukraine to Qatar. In addition, it is planned to attract Qatar investments in port infrastructure facilities to include marine terminals in international supply chains.
“The signing of the memorandum opens the way for the further implementation of many projects… First of all, we are talking about the concession of the ports Olvia and Kherson. Qatar is also interested in cooperation in the Yuzhny port, which, according to the strategy of the Ukrainian Sea Port Authority, will start servicing large vessels that can pass the Bosporus Strait in the coming years,” Head of the Authority Raivis Veckagans said.
In turn, Minister of Transport and Communications of the State of Qatar Jassim Saif Ahmed Al Suleithi said that the development of cooperation with Ukraine in the port and aviation spheres is promising for Qatar and confirmed the intention to develop the launch of direct flights between Doha and Lviv at the bilateral level.

UKRAINE AND QATAR IN TALKS ON LNG SUPPLIES 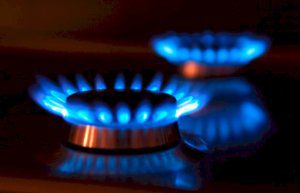 Ukrainian President Petro Poroshenko has said that the diversification of sources of gas supplies to Ukraine is a matter of national security. “Therefore, we are currently holding talks with Qatar’s leadership on supplies of Qatari liquefied natural gas. I want to congratulate you and say that Qatar can become an exporter of gas to our country, Ukraine. The gas can be supplied through the already operating regasification terminal in Poland. Ukraine can really get Qatari gas,” Poroshenko said in an interview with Qatari broadcaster Al Jazeera.
At the same time, according to the Ukrainian president, this is only the first step. “We agreed with our Qatari partners to invite our friends from Turkey to cooperation. We received their assurances of the possibility of implementing a project for the supply of Qatari natural gas directly through Turkey, and not only through Poland. We will be very happy to open our doors to Qatari companies so that they come to the Ukrainian energy market, it would be very important. I believe that the implementation of such a project would contribute to strengthening the energy security of my country,” Poroshenko said.
He also said that Ukraine annually exports $8 billion worth of goods to the Arab states, so cooperation with them occupies an important place in Ukraine’s economic strategy and foreign policy.
“Therefore, Ukraine seeks to acquire observer status in the Organization of Islamic Cooperation. We enjoy the full support of our friendly Arab countries in order to obtain observer status in this organization. We expect and hope that we will eventually get such membership,” Poroshenko said. 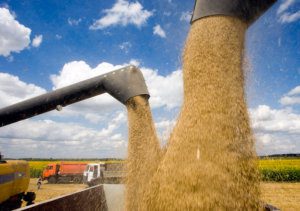 Public joint-stock company State Food-Grain Corporation plans to start exports of grain crops and finished products to Qatar. The press service of the corporation reported that the agreement was reached between the top managers of the corporation and one of the largest agricultural companies in Qatar Hassad Food during negotiations at the Qatar International Agricultural Exhibition 2018 in Doha.
“After the negotiations between the State Food-Grain Corporation and the top managers of Hassad Food, a preliminary agreement was reached on the export of Ukrainian mixed fodders to Qatar, according to the individual recipes of the customer. In May, a representative of Qatar Hassad Food is expected to visit Ukraine for more detailed discussion of the terms of export supplies and creation of commercial offers,” the corporation said.
In addition, the government of Qatar expressed interest in the import of Ukrainian grains, in particular barley and corn. “To this end, the next step in the implementation of the main strategic goal of the state corporation is the export of grain, which will be the start of the accreditation procedure for participation in a public tender for the supply of grain crops to Qatar,” the press service said. 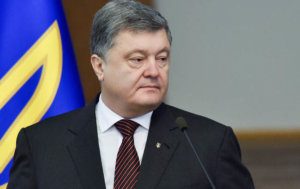