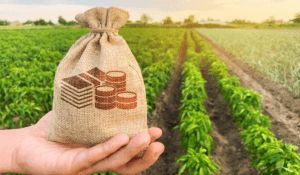 The total amount of indirect (indirect) losses inflicted on the agricultural industry of Ukraine as a result of the full-scale invasion of the Russian Federation amounted to $ 23.3 billion for the period from February 24 to June 9, while the country suffered the largest losses (51%) due to the blockade of its seaports to reduce the cost of agricultural products – $ 11.9 billion.
The relevant data was published on Wednesday in the analytical study “Overview of indirect losses from the war in agriculture in Ukraine”, prepared by the Center for Food and Land Use Studies of the Kyiv School of Economics (KSE Institute) in cooperation with the Ministry of Agrarian Policy and Food of Ukraine.
The organization recalled that the day before it presented a study estimating the direct losses of the agro-industrial complex of Ukraine due to Russian aggression at $4.3 billion. According to the document, direct losses reflect the complete or partial destruction of tangible assets, while costs that producers are forced to bear because of the war.
It is noted that half of the indirect losses of the Ukrainian agro-industrial complex fell on the reduction in the cost of agricultural products due to its accumulation in the country caused by the blockade of Ukrainian seaports by the Russian fleet – $ 11.9 billion. Other factors were the reduction in crop production – $ 9.6 billion (43% of total losses) , an increase in the cost of production factors – $ 0.86 billion (4%), a reduction in the livestock sector – $ 0.68 billion (3%) and a reduction in the yield of perennial crops – $ 0.09 billion (> 1%).
“Due to the blockade of ports by the Russian Navy, Ukraine faced an oversaturation of the domestic market of export-oriented products and an almost fourfold increase in the cost of export logistics. This led to a decrease in prices within the country for the main export-oriented crops by more than 30%,” the statement says. in the KSE study.
As an example, the organization cites food wheat, the price of which in Ukraine on the terms of EXW (self-delivery) during the war with the Russian Federation decreased by 35% – from $297/ton to $192/ton, while over the same price period the world price for it increased post twice.
According to the study, the reduction in the wheat crop in 2022 is expected to be 33% compared to the baseline scenario, which corresponds to $2.03 billion of indirect losses, the reduction in the sunflower crop – 32% ($2.43 billion of indirect losses), barley – 31% ($0 .56 billion), corn – 18% ($1.29 billion). Lost income due to a reduction in the harvest of other crops is estimated at about $3.3 billion.
“With the start of the Russian invasion, Ukrainian agricultural producers also faced higher cost of production factors, including higher prices for fertilizers and fuel. The cost of fertilizers has increased by 37% since the beginning of the Russian invasion, while the price of diesel fuel has increased by about $0.39/liter. Total losses due to increased production costs are estimated at $859 million,” KSE stressed in the study.
According to her, the losses due to the reduction in the yield of perennial crops in 2022 are estimated at $89 million. Considering that it takes an average of five years before the fruiting period of new perennial plantations, indirect losses from the destruction of perennial plantations will amount to $222.4 million over five years.
“Calculation of indirect losses helps to understand not only the scale of the industry’s decline, but also the need for a full resumption of production. A significant part of the lost income was used to cover the costs of the subsequent sowing campaign and the purchase of feed for livestock. Without partial compensation for losses, farmers in the regions most affected by war, will not be able to resume production,” KSE quotes its expert Roman Neiter. 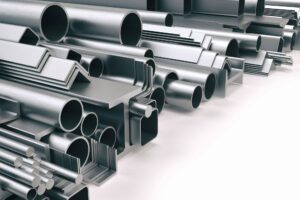 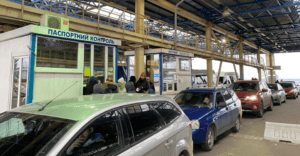 Since the beginning of the full-scale invasion of Russia, about 537 thousand citizens of Ukraine have returned to their homeland, the State Border Service of the country reports.
“Over the past week, 144,000 people left Ukraine. 88,000 arrived in Ukraine. In general, since the beginning of open aggression from the Russian Federation, about 537,000 of our compatriots have returned to Ukraine,” the Ministry of Internal Affairs said in a telegram message with reference to State Border Service data.