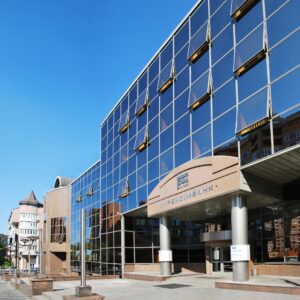 The state-owned Ukreximbank (Kyiv) began selling non-core assets received as repayment of non-performing loans (NPL), in particular, it put up for sale 16 lots of real estate in Kyiv and regional centers with a total value of UAH 1 billion, Head of Restructuring and Recovery Department of Ukreximbank Oleh Lazovsky has said. “For the first time in the history of Ukreximbank, it begins the sale of non-core assets. These are mainly real estate, which the bank received as repayment of debt on NPL over ten years […] Some 16 lots have already been put up for sale through the SETAM trading system in the amount of over UAH 1 billion,” he said at a press conference hosted by Interfax-Ukraine.
According to Lazovsky, these objects were acquired by the bank in ownership back in 2009-2013, but the bank did not take measures to sell them.
Managing Partner of the National Electronic Stock Exchange Yevhenia Bozhko said that six out of 16 objects are located in Kyiv, and the rest are located in the regional centers of Ukraine, including Mykolaiv, Dnipro, Uzhgorod, Poltava, Khmelnytsky and Chernihiv.
“There are three architectural monuments in our pool of assets in Kyiv […] One of the architectural monuments is an object with an area of 5,400 square meters in the very center of Podil […] At present, it is an office center,” Bozhko said.
According to her, two more architectural monuments are located in the center of Kyiv, not far from the Independence Square (Maidan), and have a three-century history. The windows of one of the buildings overlook Mala Zhytomyrska Street, and the second – Sofiyivska Square, Bozhko said.
She said that the auction for the sale of 16 lots will be held on June 29 through the electronic platform OpenMarket of the state-owned enterprise SETAM and the acceptance of applications has already started.
Lazovsky added that Ukreximbank will hold such auctions in the future.
Ukreximbank was established in 1992, its sole owner is the state.
According to the National Bank of Ukraine, as of January 1, 2021, Ukreximbank ranked third in terms of total assets (UAH 246.877 billion) among 73 banks operating in the country. 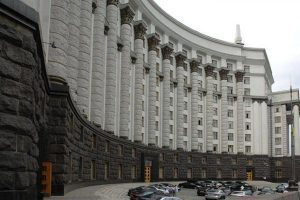 The Cabinet of Ministers has transferred eight state-owned enterprises to the management of the State Property Fund (SPF): Ecotransenergo, Kharkiv Industrial and Trade Enterprise, State Scientific and Technological Production Enterprise Veresk, Settlement and Clearing Center, Industrial and Metallurgical Consulting, state-owned enterprise State Information Analytics, Polupanivka Quarry, as well as the state institution Partner Fund.
The resolution was adopted by the government at a meeting on Wednesday without discussion.
According to an explanatory note to the draft resolution, out of these enterprises, as of July 1, 2020, only three were economically active. These are Ecotransenergo, Kharkiv Industrial and Trade Enterprise, and State Information Analytics.
The total value of Ecotransenergo’s assets as of in the middle of 2020 was estimated at UAH 47 million, Kharkiv Industrial and Trade Enterprise – UAH 22 million, while the value of their assets in the first half of 2020 fell by 6.5% and 3%, respectively, according to the document.
In the first half of last year, both companies posted losses totaling over UAH 4 million, while Ecotransenergo also has wage arrears of over UAH 1.7 million.
As indicated in the explanatory note, there is no data on the activities of SOE State Information Analytics. 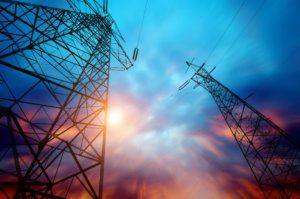 State-owned enterprise Ukrenergo saw a 42% fall in net profit in 2017 (by UAH 1.264 billion) compared with 2016, to UAH 1.748 billion.
According to a company financial report, net revenue last year rose by 15.2% or UAH 1.09 billion, to UAH 8.264 billion, and gross profit grew by 17% or UAH 849.257 million, to UAH 5.838 billion.
As reported, national energy company Ukrenergo in 2017 increased transmission of electricity through the backbone power grids by 2.4% (by 2.616 billion kWh) compared to 2016, to 113.837 billion kWh. The cost of electricity transmission services rose by 13.7% in 2017 (by UAH 965.217 million), to UAH 8.022 billion.
Ukrenergo operates trunk and interstate power grids, as well as performs the centralized dispatching of the united energy system in the country. The company is a state-owned enterprise, it is subordinate to the Ministry of Energy and Coal Industry, but by the end of 2018 the company is to be reorganized into a private joint-stock company.