INTERPIPE INCREASES OUTPUT OF STEEL BY 5% 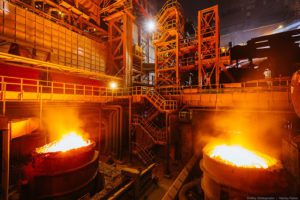 Interpipe, the international vertically integrated pipe and wheel company, increased steel production by 4.8% in January-February of 2020 compared to the same period in 2019, to 138,200 tonnes.
According to the company’s monthly report on Thursday, March 19, pipe production decreased by 32.9%, to 70,500 tonnes, railway wheel production increased by 20.3%, to 17,500 tonnes for two months.
In February, production of steel amounted to 72,900 tonnes, railway wheels amounted to 18,100 tonnes, pipes amounted to 38,400 tonnes.
The company increased sales of round steel billets by 36.3%, to 4,400 tonnes, railway wheels by 43.2%, to 39,600 tonnes and reduced pipe sales by 31.3%, to 66,800 tonnes in January-February of 2020.
It is also reported that pipes were sold in Europe (35%), MENA region (22%), Ukraine (18%), the American continent (13%), the CIS (10%) and other regions (2%). Railway wheels were sold in the CIS (47%), Europe (30%), Ukraine (14%), MENA region (3%), the U.S. continent (4%) and other regions (2%) in January-February of 2020.
According to the company’s statement, the increase in sales of OCTG (oil country tubular goods) in February compared with January was due to an increase in supplies to Africa and the CIS countries, as well as stable supplies to other regions. The main part of the growth in sales of gas and oil pipelines was supported by the countries of the Middle East, Turkey and Ukraine.
“Mechanical pipes showed lower productivity compared to January due to a slowdown in industrial activity in Europe. Negative dynamics of railway wheel sales in February (14.7% less compared to January) is mainly due to the elimination of finished products overstock, accumulated in 2019, which was observed in January,” reads the statement. 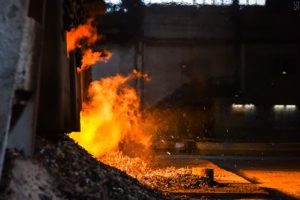 Metinvest, the largest Ukrainian mining and metallurgical holding, increased steel production by 3% in 2019 compared with 2018, to 7.578 million tonnes, and pig iron production fell by 3%, to 7.928 million tonnes, and total coke production – by 11%, to 4.667 million tonnes. Metinvest B.V., the parent company of the holding, said in a report on operational results for Q4 2019 and entire 2019, in Q4 2019 pig iron production fell by 7% compared with the previous quarter, to 1.887 million tonnes due to scheduled major overhauls of blast furnaces at the Mariupol steelmakers.
Steel production in Q4 2019 fell by 16% compared with the previous quarter, to 1.673 million tonnes as the group both produced less hot metal and allocated more to make merchant pig iron. The latter came amid higher demand for that product and lower demand for slabs and finished products.
In Q4 2019, coke production totaled 1.05 million tonnes, which is 8% less than in the previous quarter due to a fall in domestic consumption in the reporting period.
In 2019, Metinvest’s coke output dropped due to: a shortage of coal that started in June 2019, as direct supply stopped from Russia; unstable operation of coke-oven batteries, a coke dryquenching plant and emergency shutdowns of coke cars early this year at Avdiyivka Coke Plant; and lower intragroup consumption in Q4 2019. 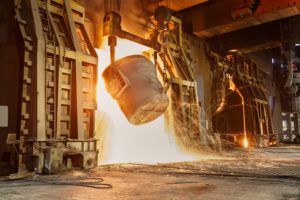 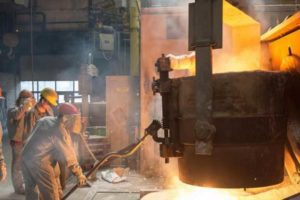 UKRAINE TO RAISE STEEL OUTPUT BY 2.8% 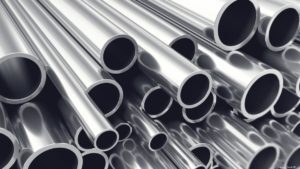 UKRAINIAN METALLURGICAL ENTERPRISES PLAN TO KEEP SMELTING OF STEEL AT THE LEVEL OF 1.8 MLN TONNES 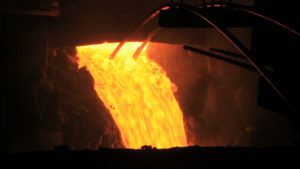