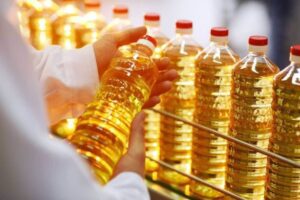 The average consumer price of sunflower oil in Ukraine in July for the first time in the 2020/21 year (September-August) fell by 0.34% compared to June, to UAH 64.73 per liter, in retail chains the product is present in a wide range and in sufficient volumes, according to the website of the Ukroliyaprom association.
“For the first time in the entire current year, there has been a decrease in the selling prices for sunflower oil by its producers. In particular, compared to May of this year, in July, the selling prices of enterprises for unrefined sunflower oil fell by 9.2%, and for refined oil, by 4.2% [respectively to UAH 37.4 per liter and UAH 41. per liter],” the association said.
According to the association, the domestic market of Ukraine consumes up to 10% of the sunflower oil produced in the country.
Ukroliyaprom said that the enterprises of the oil and fat industry of Ukraine are pursuing a balanced pricing policy, ensuring the priority of sunflower oil supplies to retail chains over export supplies. In retail chains, this product is present in a wide range and in volumes that meet the needs of the population. 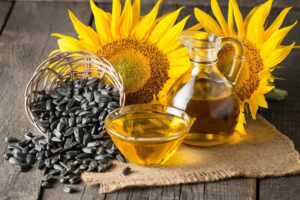 Ukraine as of July 1, 2020/2021 marketing year (MY, September-August) exported 4.75 million tonnes of sunflower oil, which is 88.2% of the ceiling volume agreed by the Economy Ministry and Ukroliyaprom association, the association said on the website on Tuesday.
Ukroliyaprom said the highest export volumes of sunflower oil are 5.38 million tonnes in 2020/2021 MY. Thus, in July-August of the current MY, exporters can supply another 630,000 tonnes of this product to foreign markets. 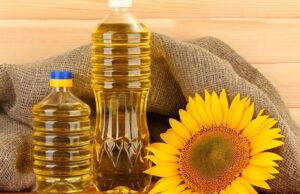 U.S. DEPARTMENT OF AGRICULTURE IMPROVES FORECAST FOR EXPORT OF SUNFLOWER OIL FROM UKRAINE 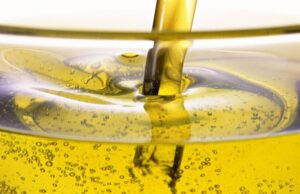 The U.S. Department of Agriculture (USDA) in May improved the forecast for the export of Ukrainian sunflowerseed oil in 2021/2022 (September-August) by 18.9% compared to 2020/21, to 6.4 million tonnes, with an increase in its production by 17.7%, to 6.99 million tonnes. According to the monthly report of the department, in 2021/2022, an increase in sunflowerseed production in Ukraine is expected by 18.4% compared to 2020/2021, to 16.7 million tonnes, sunflowerseed meal exports are expected to grow by 16.4%, to 5.3 million tonnes.
The USDA said that the growth in exports of sunflower oil and meal compared to the low level of the last marketing season will be due to the recovery of oil extraction volumes in Ukraine.
The U.S. Department of Agriculture also said that Ukraine rapeseed production is forecast to recover from last season’s low level, rising 200,000 tonnes to 3.0 million. Exports are projected to rise 190,000 tonnes to 2.6 million. Exports of rapeseed meal at 175,000 tonnes and oil at 165,000 tonnes are forecast to rise. 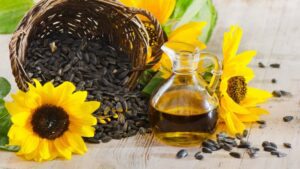 Kernel, one of the largest Ukrainian agrarian groups, in the third quarter of fiscal year 2021 (FY, began in July 2020), reduced sales of sunflower oil by 2% compared to the same period in the previous FY, to 371,920 tonnes.
According to a report posted on the company’s website on Friday, the share of bottled oil of total sales was 10% (37,000 tonnes).
Kernel processed 902,000 tonnes of oilseeds in Q3 FY2021, down 4% y-o-y due to the low harvest of sunflower seeds in Ukraine this season.
According to the report, grain export volume from Ukraine in January-March 2021 dropped 15% y-o-y, to 1.8 million tonnes, of which 1.3 million tonnes had been originated from external suppliers and the remaining had been produced by company’s farming division. Slowdown in the grain export volume was caused mostly by a substantial grain harvest reduction this season in Ukraine (including company’s farming operations) and the respective decline of the exportable grain surplus for the country.
The company’s export terminal throughput volume in Ukraine increased to 2.1 million tonnes in Q3 FY2021, up 6% y-o-y. Transshipment volume exceeded the grain export volume from Ukraine, as the company substantially increased the scale of sunflower meal transshipment operations on its terminals in Chornomorsk, with such goods being exported through third-party terminals before.
The holding cut grain and oilseeds received in inland silos by 12% in Q3 FY2021, to 109,021 tonnes.

UKRAINIAN GOVERNMENT PROPOSES THAT SUNFLOWER SEEDS EXPORT BANNED FROM MAY 15 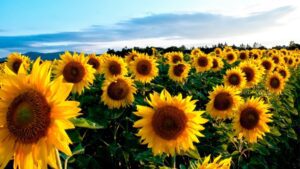 The Ministry for Development of Economy, Trade and Agriculture of Ukraine has proposed that a zero quota is set for the export of sunflower seeds from May 15 through September 30, 2021.

The draft resolution has been posted on the ministry’s website.

In an explanatory note to the document, the ministry said that the introduction of a temporary licensing regime and quotas for the export of sunflower seeds at 0 tonnes will stabilize prices for this product in the domestic market.