UKRAINE REFORM CONFERENCE TO BE HELD IN SWITZERLAND 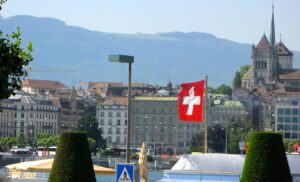 The next fifth Ukraine Reform Conference will be held on July 4-5, 2022 in Lugano, the capital of the Swiss canton of Ticino, Head of the Federal Department of Foreign Affairs of the Swiss Confederation Ignazio Cassis has said.
This will be the fifth conference, we want to celebrate the achievements and look back, as well as make it inclusive: it is important to involve regional authorities, the private sector, and Ukrainian citizens, he said at the end of the fourth conference in Vilnius on Thursday.
The Foreign Minister said that Switzerland is glad to see that the international community, together with Ukraine, also wants to strategically support Ukraine’s search for its own path to a peaceful and stable future.
Cassis said that the official preparations for the conference will begin with his visit to Kyiv in October this year.
Following the fourth Ukraine Reform Conference, Minister of Foreign Affairs of Ukraine Dmytro Kuleba told reporters that attention to Ukraine is not decreasing. According to him, there are already applications from two countries to hold the conference in 2023 and from one in 2024.
He said that another important result was the recognition of the fact that Ukraine went through the crisis associated with the COVID-19 pandemic better than expected by international experts, and this is due to the reforms carried out by the country.
Speaking about the main plans for the next year, the Ukrainian Foreign Minister named the already begun judicial reform, which international partners are ready to help with.
As previously noted by the Ukrainian government, Ukraine Reform Conference is a key annual international event dedicated to expert discussion of progress with Ukrainian reforms. Initiated by the government in 2017, this conference is a platform that brings together Ukrainian and foreign officials, top business owners, EU, NATO, G7, and civil society representatives to draw an annual summary of reforms in Ukraine and discuss further priority steps and prospects.
Key goals of Ukraine Reforms Conference include presenting results of key reforms internationally; setting out the Government’s prioritized objectives for the year ahead; encouraging investment in the Ukrainian economy; and engaging the international community in Ukrainian reforms.
The first such conference was held in London, then in 2018 in Copenhagen and in 2019 in Toronto, and last year there was a break due to the pandemic. 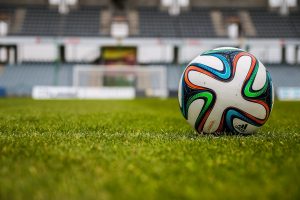 The Ukrainian national football team has beaten Switzerland with a score of 2:1 in the first match of group four of the elite division A of the UEFA Nations League.
In the 14th minute, Andriy Yarmolenko opened the scoring in the match in Lviv. In the 41st minute, Haris Seferovic equalized the score. In the 68th minute, Oleksandr Zinchenko brought victory to Ukraine.
In another match of this group, Germany and Spain tied the game with 1:1 score. 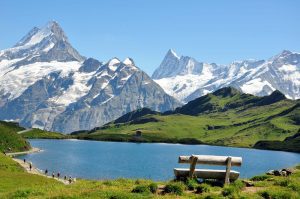 President of Switzerland Simonetta Sommaruga has arrived in Ukraine with a three-day state visit by invitation of Ukrainian President Volodymyr Zelensky.
“For the first time in the history of Ukraine-Switzerland relations President of the Swiss Confederation Simonetta Sommaruga arrived in Ukraine with a three-day state visit. This is the first official visit of such level for both Ukraine and Switzerland since the unprecedented restrictions caused by coronavirus have been lifted,” the Embassy of Ukraine in Switzerland said on its Facebook page on Monday.
Bilateral talks during the visit will be aimed at further development of contacts between the leaders of Ukraine Switzerland and deepening of the political dialogue at all levels. The Swiss president will also visit Donbas to which Switzerland regularly provides humanitarian aid.
“Simonetta Sommaruga’s visit to Kyiv today will begin with a cultural program dedicated to modern art and beautiful music which Mrs. President likes so much,” the embassy said.
First Deputy Foreign Minister of Ukraine Emine Dzhaparova posted on her Facebook page pictures from Sommaruga’s arrival at Kyiv airport.
Dzhaparova said that the subject of Crimea and the consequences of its temporary occupation will also be on the agenda of the visit.
“Switzerland support numerous humanitarian projects aimed at assistance to Ukrainian citizens. Switzerland has invested $1.715 billion in Ukraine’s economy [as of January 2020]. The country is among top five leading investors in the economy of Ukraine, ahead of France, Italy or Austria. A major part of Swiss investment in Ukraine was channeled in industry [around 60%],” the deputy minister said.

SWISS INTERNATIONAL INCREASES NUMBER OF FLIGHTS FROM UKRAINE TO SWITZERLAND 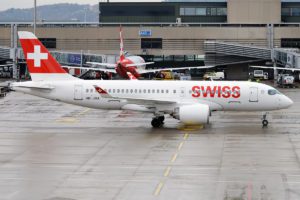 Swiss International, part of Lufthansa Group, is increasing the number of Zurich-Kyiv flights from four to six per week from April, Lufthansa Group Country Manager Rene Koinzack has said. “From April 7, the number of flights will be increased to six per week and from July they will be carried out daily,” he told reporters at the Embassy of Switzerland in Kyiv on April 5.
Koinzack added that the flights will be carried out by Bombardier CS300 [for 135 passengers] and CS100 [for 110 passengers] planes.
He also told Interfax-Ukraine that it was too early to talk about a possibility of launching new flights from Kyiv or Ukrainian cities to Switzerland by the airline. Koinzack recalled that the flight between Zurich and Kyiv was resumed only a year ago and the number of passengers on this flights would be increased by 50%. Thus, the company needs some time to analyze results of such changes.
As reported, Swiss International Air Lines stopped performing direct flights between Kyiv and Zurich from October 1, 2014.
“The Zurich-Kyiv route did not come up to our expectations. The situation in Ukraine also played its role,” a representative of the airline, Sonja Ptaszek, said.
The airline resumed flights on this route from March 26, 2018.

UKRAINE AND SWITZERLAND SIGN PROTOCOL ON AVOIDANCE OF DOUBLE TAXATION

The Government of Ukraine and the Swiss Federal Council have signed a protocol amending the bilateral convention on the avoidance of double taxation.
“The signing of this protocol creates favorable conditions for investors in Ukraine and Switzerland, stimulates business initiative of entrepreneurs, regulates issues of international taxation of income between states and eliminates tax discrimination,” President of Ukraine Petro Poroshenko, who attended the signing ceremony in Davos, wrote on his Facebook page on Thursday.
Poroshenko met with Swiss President Ueli Maurer and agreed to continue interaction between the competent authorities in the matter of returning assets illegally withdrawn from Ukraine by former officials, Ukraine’s presidential press-service reported.
During the meeting, Poroshenko invited his Swiss counterpart to visit Ukraine.
Ukrainian Finance Minister Oksana Markarova and Maurer signed the protocol.
According to a posting on the website of the Finance Ministry of Ukraine, the signing of the protocol is aimed at avoiding double taxation of individual and companies’ income earned on the territories of the two countries.
“This will be achieved both by dividing the right to tax certain types of income between countries depending on their place of origin, and by taking into account the amounts of taxes paid in one country in tax liabilities of a taxpayer in one country,” the Finance Ministry said.
According to the ministry, the signed protocol provides for an increase in the tax rates of interest and royalties from nil to 5%, improving the procedure for resolving tax disputes through arbitration, and expanding the parties’ ability to exchange tax information without mentioning the requirements of national tax interest or bank secrecy.
In addition, the document establishes rules of applying the right to receive benefits – they will not be provided regarding the type of income or property, if one of the main goals of any agreement or an agreement between economic entities was to directly or indirectly receive such a benefit.
“These rates and regulations suit the general practice of concluding such international treaties on the avoidance of double taxation and protocols thereto with other countries by Ukraine,” the Finance Ministry said.
After signing the protocol, the countries are to implement the internal procedures required for the ratification of the agreement, the ministry said. 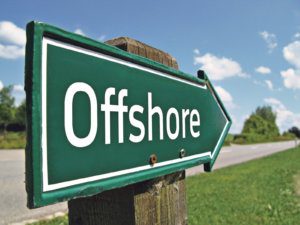 Some international experts believe that Switzerland and Luxembourg should be added to the list of offshore countries. They propose changing transfer pricing laws and toughening control over exports and increase transparency of the State Fiscal Service of Ukraine to reduce the removal of profits from Ukraine. These are the conclusions of the authors of a study, titled “Profit flows from Ukraine’s iron ore exports” conducted with the support of the European United Left – Nordic Green Left (GUE/NGL) European Parliamentary Group initiated by independent trade unions of Kryvy Rih. The study presented in Kyiv said Ukraine’s economy loses about $3 billion annually because profits are removed from Ukraine. When exporting iron ore, prices were allegedly deliberately lowered by an average of 20%, as a result. In 2015-2017, tax losses and the withdrawal of profits from the country amounted to $520 million per year. Based on other studies, prices for agricultural products and metal exports are undervalued by more than 20%.
Chief researcher Oleksandr Antoniuk said macro-financial assistance of the European Union at that time was $460 million per year.
According to him, this study was presented at a press conference in the European Parliament last week and its results were published in the Spiegel publication.
In turn, Pavlo Vikniansky, one of the leaders of the Republic party, said that “the oligarchic clans of Ukraine systematically withdraw huge amounts of money to offshore companies.”
According to the study, the authors proposed to hold a public discussion of changes in legislation on transfer pricing to eliminate all clauses that allow exports at reduced prices, to disclose information on taxes in the extractive industries paid by exporters outside Ukraine, in line with EU directives.
In addition, it is proposed to disclose information of the State Fiscal Service on the control of export operations, if necessary, make changes to the legislation on trade secrets.
The authors also support the control of all major export operations, regardless of the export geography and the exporter’s connection with the importer, return Switzerland and Luxembourg to the list of offshore zones and analyze tax rates in other countries importing Ukrainian goods in detail.