The relevant Rada committee, when preparing the adopted law on green auctions for signature by the speaker, proposes making a clear definition of conditions for providing feed-in tariffs for all household solar power plants with a capacity of up to 30 kV, indicating that their owners are entitled to such a tariff until the end of 2019.
Oleksandr Dombrovsky, the chairman of the Verkhovna Rada committee on fuel and energy complex, nuclear policy and nuclear safety, said on his Facebook page that he had sent a letter to Rada Speaker Andriy Parubiy with a corresponding proposal.
According to him, in the process of technical and legal preparation of the law on green auctions, adopted by the Verkhovna Rada, the main legal department of the Verkhovna Rada revealed inconsistencies that may lead to incorrect practice of its application. Thus, the law established the procedure for calculating feed-in tariffs for households operating solar plants of up to 50 kV, provided they are placed on roofs, facades of buildings and other housing structures. However, he did not foresee the procedure for calculating the tariff for all household solar plants with a capacity of up to 30 kV until the end of 2019.
To eliminate this gap, the procedure of Article 131 of the regulations may be applied, which allows for clarification of the wording of the voted law, the committee believes. 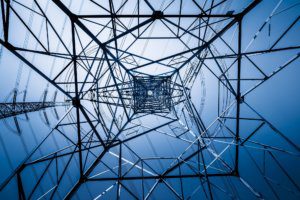 The National Commission for the State Regulation of Energy, Housing and Utilities Services (NCER) has removed UAH 215.172 million from the tariff of national energy company Ukrenergo saved on procurement in 2017, which would entail the worsening of financial indicators of the state-run enterprise and its payments to the national budget. The press service of Ukrenergo reported that the commission at a meeting on Tuesday cut the company’s tariff for transmission for December 2018 to 3.45 kopecks per kilowatt.
The company said that only on September 4, 2018 the company was permitted to use UAH 215.17 million saved on procurement and obliged to provide a package of documents amending the investment program before October 1.
On September 21, Ukrenergo provided the commission with all the required information, including the approval of regional administrations and the Ministry of Energy and Coal during public hearings. At the same time, on October 24, it became known that the approvals provided by the company did not suit the commission, which demanded a separate letter of approval of changes from the relevant ministry.
As a result, the commission has withdrawn UAH 215.172 million from the tariff of Ukrenergo. The money at that time was already invested in projects for the construction and modernization of the energy infrastructure.
According to Ukrenergo CEO Vsevolod Kovalchuk, the withdrawal of this amount from the investment program is an unreasonable decision, as a result of which the financial indicators of the enterprise and its contributions to the national budget will decrease.
“In fact, this is a redistribution of funds between the energy market players. These funds should have been channeled to additional financing of transitional strategic facilities that are important for the entire industry. We are concerned that this decision will not lead to a decrease in wholesale electricity prices and will not affect the payments of end consumers, but it will negatively affect the indicators of gross income and profit of the company, its payments to the national budget,” Kovalchuhk said.
According to Ukrenergo, the total amount of the investment program of Ukrenergo for 2018 is UAH 2.61 billion. In the nine months ending September 2018, its actual implementation amounted to 94.2%. At the same time, funding continues for projects launched or pending in 2017. 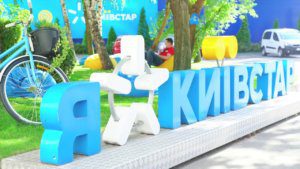 The Kyivstar mobile communications operator has launched the family tariff for contract subscribers with a possibility of connecting up to four numbers to one account for UAH 75 a month. The press service of the company reported on Wednesday that under the terms of the tariff, in addition to unlimited calls in the Kyivstar network, subscribers will receive 50 minutes for calls to other networks in Ukraine, as well as to Italy, Poland and Russia, 5,000 MB of Internet and free use of the Kyivstar Go TV application.
The connection is available for Kyivstar subscribers who use the services of the operator for at least three months, if they visited the company’s branch with a passport.
Connection is possible only to an existing personal account, where a number/ numbers with Kyivstar 4G, Kyivstar 4G Extra, Kyivstar 4G Ultra, Kyivstar 4G Business, Kyivstar 4G Business VIP, Kyivstar 4G Extra + and Kyivstar 4G Business Premium are already registered, while one personal account can have no more than four numbers from Kyivstar Family registered.
At the same time, the company said in the press release that if at least one of the conditions for using the tariff is not met, the subscription fee at the Kyivstar Family tariff will be UAH 150 a month.