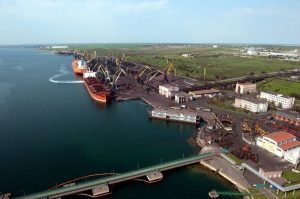 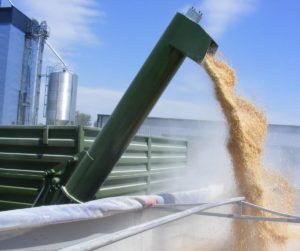 Risoil S.A. boosted grain transshipments by almost 1.5 times to 1 million tonnes in the first five months of the 2019 calendar year, according to Risoil’s report on Facebook.
“In the five months of 2019, the group of Risoil terminals processed more than 1 million tonnes of grain for export. Last year, 682,000 tonnes were handled during the same period,” the statement said.
According to the company’s website, Risoil, TransBulkTerminal and Metinvest together with Odesa Railways have been implementing a pilot project to optimize cargo traffic. Within its framework, terminals and ports provide information on expected ship calls, the availability of free containers for grain, and the need to transport a particular grain crop. The railway, in turn, transports needed amounts of necessary crops. This allows participants in the project to optimize traffic, increase terminal unloading and reduce the turnover of cars.
As reported, Risoil S.A. in marketing year 2017/2018 increased the transshipment of grain freight by 20,000 tonnes, to 1.64 million tonnes, while oil handling grew by 11%.
Risoil S.A. was established in Geneva (Switzerland) in 2000. Its core business is logistics of oil, bulk and general cargo in the ports of the Black Sea, sale and production of vegetable oils, trade in grain and oilseeds in containers, storage and processing of agro-industrial products.
Risoil Terminal in Chornomorsk seaport was launched in 2016.