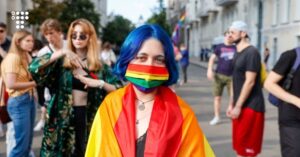 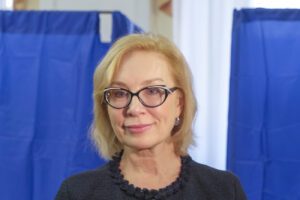 Ukraine is in the process of finding a state that could provide consular services to Ukrainian citizens forcibly deported to the Russian Federation, said the Verkhovna Rada Commissioner for Human Rights Lyudmila Denisova.
“We need a foreign state that will provide consular services to our citizens. We are working on this,” the ombudsman told Interfax-Ukraine at the Russia War Crimes House exhibition in Davos during the World Economic Forum.
According to her, in particular, Ukraine has appealed to Switzerland on this issue, but due to a number of circumstances it cannot fulfill this function.
Denisova also said that Russia’s stated data on the export of 1.347 million citizens of Ukraine, including more than 240 thousand. children, grow every day and were not fake.
The ombudsman stressed that she had reliable information that Russia was preparing for such an operation in advance.
“I have already received confirmations and evidence – materials from the Russian Federation – and there is clearly defined with signs the readiness of temporary accommodation of Ukrainians on February 21. That is, they sent directives from top to bottom… That is, they prepared in advance, I think they began to prepare in 2021, “said Denisova.
She clarified that these directives went from the Ministry of Emergencies, then to the federal districts, from there to the regions, and then to the cities.
“Then I have information that they collected at 4 am on April 29 how much was filled and how much was still free: 1200 or so was on April 29 and 33% was free. I think they will get up to 2 million,” said the ombudsman. .
According to her, it is a question of sending even to the territories furthest from Ukraine, for example, to the Yamal-Nenets district.
Denisova said that the Ukrainian side is cooperating with Russian citizens – volunteer organizations that raise funds to help deported Ukrainian citizens, because many of them do not have documents, things, “and no one talks about money at all.”
According to her, there used to be contacts with the Russian ombudswoman, but she believes that “you are all lying”, so now these contacts do not work.
The Commissioner of the Rada noted that attempts are being made at various levels, including the private one, to deport Ukrainian citizens from the Russian Federation.
“We are provided with lists of citizens who want to leave. We check Ukrainian citizenship and send it to the consulate in Narva. Volunteers buy tickets, they (Ukrainian citizens) come to Narva and cross it (border), and meet them in Estonia,” she said. the state of affairs of Denisov.
At the same time, she stressed that it is impossible to evacuate a significant number of people in this way, so it is literally hundreds.
In this regard, the Ombudsman recalled the clear resolution of the UN Human Rights Council of May 12, which calls for the forced deportation of Ukrainian citizens to Russia and the requirement to allow international human rights organizations, as well as provide an opportunity to return to Ukraine. Denisova added that a similar resolution was recently adopted by the European Parliament. 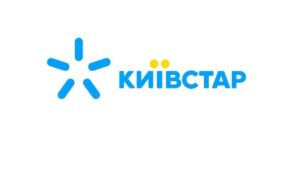 “We can confirm that there is a trend for Ukrainians to return home. We really see all the migration, we see all countries. Today, according to the Kyivstar database, Poland has accepted 35% of Ukrainians who have left the country, Germany – 15%, the Czech Republic – 7%, Italy – 5%, Moldova and Romania – 2% each, that is, these are the list of the top countries where Kyivstar customers went,” Kyivstar President Oleksandr Komarov said in an interview with Interfax-Ukraine.
He also said that according to the operator, there are about 8.7 million internally displaced persons in Ukraine.
“These are two types of migration: from big cities to towns and from east to west. Approximately 4 million people have moved to other areas of the country, others have moved from cities to villages within their regions. The internal migration of such a large number of people is a technical challenge for mobile networks,” Komarov said.
According to him, today the average speed of mobile Internet in the Kyivstar network has fallen from about 38 Mbps to 28 Mbps due to the fact that almost 5 million subscribers have left the cities for the countryside.
“From territories where mobile data transmission is available in the 1800MHz and 2600MHz bands, they went to where LTE-900 technology works, which has a lower capacity. And this is the reason that we are now rethinking our plan to build new base stations for this year. For example, in areas with strong growth in subscribers, we plan to move from LTE-900 to LTE-1800, it is possible to increase it up to 2600 MHz somewhere,” the president of the operator said.
He also said that the operator focuses on the subscriber migration data in terms of network development. In particular, the changes affected plans to build a gigabit network.
If earlier the operator focused in this part mainly on large cities, then during the war, the construction of a gigabit network in Lviv was completed in the first place, and it is also planned to expand other sections of the network in Western Ukraine.
As reported, specialists of the Kyivstar mobile network operator in the two months of the war eliminated more than 48,000 accidents in the physical and digital infrastructure of the network, and also replaced almost 25,000 meters of optical fiber. 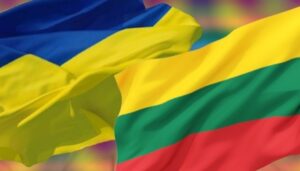 Lithuania has resided more than 50,000 Ukrainians who were forced to leave the country due to Russia’s war against Ukraine, a third of them have already been employed, Ukrainian Ambassador to Lithuania Petro Beshta has said.
“Lithuania received Ukrainian citizens, now temporarily displaced persons, in an amount that corresponds to 1.8% of the total population. This is a very large figure for a state like Lithuania, but they continue to accept Ukrainians and provide everything necessary. More than 50,000” Beshta said at a briefing at the Ukraine Media Center on Thursday.
He specified that the total population of Lithuania is 2.7 million people.
According to Beshta, a third of Ukrainians who arrived in Lithuania have already been employed.
“As of now, one third of the adult population of Ukrainians who can work has already been employed. They receive an average salary of about EUR 900. Another third are looking for this job. And the other third, probably, has not yet decided, because there is also a psychological barrier for Ukrainians, and everyone is talking about it – Lithuanians and Ukrainians: that our people are not always ready to look at their stay in Lithuania so long-term, to look for work, because each of us, we all believe that the war will end quickly and they will return home soon,” he said.
The ambassador also noted that 500 Ukrainians in Lithuania have already told the authorities about their plans to return to Ukraine.
“We cannot accurately verify whether they returned and in what condition, but this trend is already emerging,” Beshta stressed.

UN TO DOUBLE SUPPORT FOR UKRAINIANS 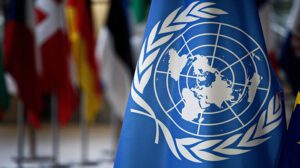 UN Secretary-General António Guterres announced the Organization’s plans to double support for Ukrainians under the conditions of war.
“I was moved by the resilience and bravery of the people of Ukraine. My message to them is simple: We will not give up. The UN will redouble its efforts to save lives and reduce human suffering. In this war, as in all wars, the civilians always pay the highest price,” Guterres said on Twitter on Friday.
As reported, the UN Secretary General arrived on a visit to Ukraine on Wednesday evening, and on Thursday morning he visited the liberated cities of Kyiv region to the north-west of the capital. 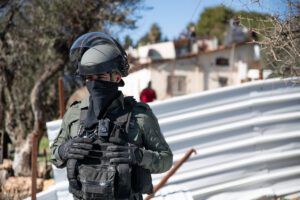 Two citizens of Ukraine were killed in a terrorist attack in the Israeli city of Bnei Brak on March 29, Spokesman for the Ukrainian Foreign Ministry Oleh Nikolenko has said.
“Ukrainians lived in Israel for a long time, both residents of Chernivtsi region. The Embassy of Ukraine is currently taking measures to inform the relatives of the victims and provide them with consular assistance, and also interacting with the police as part of the investigation of the terrorist attack,” Nikolenko told Interfax-Ukraine on Wednesday.