About 23,000 km of public roads have been destroyed as a result of Russia’s armed invasion of Ukraine, of which 8,000 km are state roads; 302 artificial structures were also destroyed.
As Andriy Ivko, First Deputy Head of the State Agency for Highways of Ukraine (Ukravtodor), said on the air of the national telethon, Ukravtodor currently estimates the damage from the destruction of roads by the occupiers at UAH 900 billion.
“Today we are performing work almost throughout the country, but we are clearing and restoring temporary crossings in three regions – Kyiv, Chernihiv and Sumy,” he said.
According to Ivko, 500 km of roads have already been cleared – these are state roads and communal roads, of which 212 km are the streets of Irpen, Bucha and other cities. In addition, 18 temporary crossings, detours, detours have already been built.
“For example, the highway Kyiv – Chop M-06. A bridge was destroyed in the village of Stoyanka. Now there is already a detour, and we are already restoring it. In addition, I can say about R-30: this is the entrance to Irpen. A temporary crossing was made in less than a week, design and survey work is also being carried out there. We will make a new bridge in this place,” Ivko said.
Earlier it was reported that President Volodymyr Zelensky held a meeting to develop a plan for the post-war renewal and development of Ukraine. Kirill Timoshenko, Deputy Head of the Presidential Office, said that the restoration of the country at all levels – economic, infrastructural, social – are the main directions included in the plan. 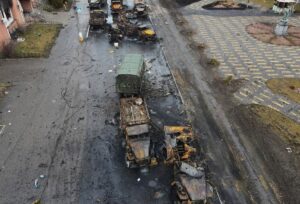 The State Agency for Highways of Ukraine (Ukravtodor) estimates the losses from damage to road infrastructure during the war with Russia at UAH 874 billion. “As of April 3, 23 thousand km of roads and 273 artificial structures – bridges, overpasses, etc. – were destroyed throughout Ukraine. The total amount (losses – IF) that we have already calculated is UAH 874 billion. That is, the restoration of those artificial structures and roads that were destroyed in this war will take such an amount: roads for UAH 835 billion and bridges for UAH 39 billion,” Andriy Ivko, first deputy head of Ukravtodor, said at a briefing at the Ukrainian Media Center on Sunday. He also stressed that Ukravtodor is counting the damage to the road infrastructure on a daily basis. “But we are already preparing for restoration, we are preparing design documentation for roads and bridges. So that when the war ends and we win, we can start work as soon as possible,” Ivko said. Most of the destruction, according to him, suffered roads in the East, South and part of the North of Ukraine. 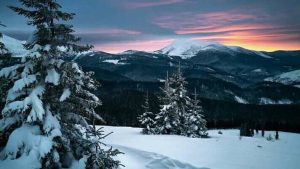 The State Agency for Tourism Development of Ukraine, the State Agency of Automobile Roads of Ukraine (Ukravtodor) and representatives of investors in the Borzhava and Slavske resorts have signed a memorandum of cooperation in the development of the infrastructure of the Carpathians.
The memorandum, in particular, was signed by Head of the State Agency for Tourism Development Maryana Oleskiv, First Vice President of OKKO Group Vasyl Danyliak, co-owner of the Bukovel tourist complex Oleksandr Shevchenko, legal consultant of Borzhava Asset company Yuriy Chizhmar during the Ukraine 30. Infrastructure forum.
“Cooperation with the state is very important for us, since the infrastructure around the resort is very expensive, and it is practically impossible to implement it without state support. This concerns, first of all, roads, sewerage and water supply and, of course, electricity,” Danyliak said.
“We, as an investor in Bukovel, are ready to build almost the entire infrastructure for the Olympics-2030, together with partners to build facilities that will complement each other so that the Carpathians become a diverse and attractive region for tourists from all over the world,” Shevchenko added.
Chizhmar expressed hope that, according to environmental standards, the development of infrastructure in the region will increase its investment attractiveness. 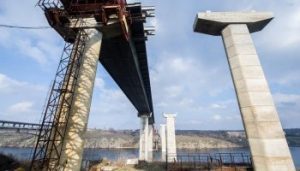 The State Agency of Automobile Roads of Ukraine (Ukravtodor) has signed an agreement for the construction of a new bridge in Kremenchuk (Poltava region) for UAH 11.249 billion with the Turkish company Dogus Insaat Ve Ticaret.
On the part of Ukravtodor, the contract was signed by the head of the road service in Poltava region, Ivan Krapovnytsky, from Dogus Insaat Ve Ticaret – executive director Tolga Akkas.
Ukravtodor noted that the new bridge will improve the optimization of logistics routes in the center of Ukraine by reducing travel times for road transport. This will be achieved by increasing the speed limit for trucks from 36.8-53.3 km/h to 72.9 km/h, buses from 35.7-53.4 km/h to 71.1 km/h, passenger cars from 39.6-55.3 km/h to 81.5 km/h.
“All plots that fall under the construction zone will be bought for state funds. If these are private plots where people live, or some other private plots, they will be bought out, transferred to the state ownership, and people will receive monetary compensation for this,” Krapovnytsky said. 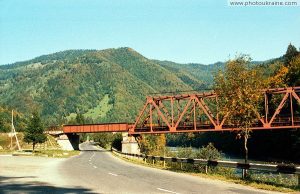 The State Agency of Automobile Roads of Ukraine (Ukravtodor) intends to implement three priority projects in Zakarpattia region under a Hungarian loan, the allocation of which was confirmed by Minister of Foreign Economy and Foreign Affairs of Hungary Peter Szijjarto during his working visit to Ukraine on Wednesday.
As the press service of Ukravtodor told Interfax-Ukraine, among these facilities, in particular, is the construction of a new 10-kilometer road of the first technical category from the Hungarian border to the M-24 highway, and then to the highway M-06 Kyiv-Chop.
“This will be a continuation of the Hungarian M3 motorway from Budapest to Vásárosnamény, which, in turn, is part of the Fifth Pan-European Transport Corridor that passes through the territory of Ukraine,” the agency said.
The expected traffic intensity on the site is 12,000 vehicles. The construction of three interchanges is envisaged. Another checkpoint on the Hungarian-Ukrainian border is envisaged as well.
According to Ukravtodor, the designed-estimated documentation for this project is being examined. The estimated cost of construction is UAH 3.8 billion.
Another priority object is the construction of a bypass road around the town of Berehove and further to the Luzhanka checkpoint on the border with Hungary. The estimated cost of construction is UAH 1.5 billion. The designed-estimated documentation is at the final stage.
In addition, the modernization of the bridge across the river Tysa at the checkpoint Tysa-Záhony is a priority.
According to Ukravtodor, the start of the implementation of these projects is scheduled for 2021.
In general, in 2020, some 282 km of roads were repaired under the Big Construction program in Zakarpattia region.
As reported, Minister of Foreign Economy and Foreign Affairs of Hungary Peter Szijjarto confirmed the allocation of EU50 million to Ukraine for the development of road infrastructure in Zakarpattia region. 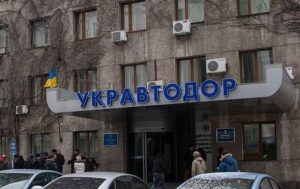 The Cabinet of Ministers of Ukraine in 2020 provided the State Agency of Automobile Roads of Ukraine (Ukravtodor) with state guarantees for UAH 23.5 billion.
According to the information on the state guarantees provided in January-December 2020, published on the website of the State Treasury Service, on April 28, 2020, Ukravtodor received a state guarantee for UAH 19.274 billion (with additional guarantee of interest income), on December 18 for UAH 1 billion and on December 22 for UAH 2.25 billion and UAH 1 billion (all three – with additional guarantee of all payment obligations).
According to the data on the total amount of state and state-guaranteed debt for 2020, Ukravtodor placed 12-month bonds for UAH 5.78 billion in April last year, for UAH 5.08 billion in June and for UAH 3.5 billion in November. In total, from the placement of this type of bonds, the state agency raised UAH 14.36 billion of funds.
In addition, in August, Ukravtodor placed three-year bonds worth UAH 2.87 billion, and in November five-year bonds for UAH 2 billion.
According to Ukravtodor, 12-month bonds were redeemed by Ukreximbank for UAH 5.782 billion at 10.5% for one year, for UAH 5.081 billion at 9.99% for two years and for UAH 2.872 billion at 9.99% for three years.
In December, the state agency raised UAH 4.25 billion from three state-owned banks: UAH 1 billion each from Ukrgasbank and Ukreximbank, as well as UAH 2.25 billion from Oschadbank.
The State Agency of Automobile Roads of Ukraine ensures the implementation of the state policy in the field of road facilities and road management.

GUARANTEES, THE CABINET OF MINISTERS, UKRAVTODOR