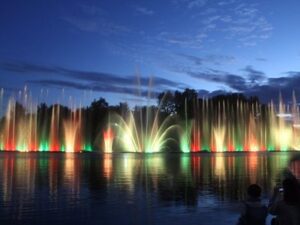 Vinnytsia city territorial community was the first in Ukraine to proclaim the Green Deal as the basis of urban development and joined the practices of the European Green Deal, which aims to turn Europe into the first climate-neutral continent by 2050.
According to the Vinnytsia city council’s press service, the relevant declaration was signed by Mayor of Vinnytsia Serhiy Morhunov during a city council’s session, attended by high-ranking officials of the government of Ukraine, the Ukrainian parliament and Ambassador of the European Union to Ukraine Matti Maasikas.
Such a step will allow the regional center to engage new mechanisms and innovative ideas to improve urban space, address environmental issues, raise additional investment, including for energy and industrial renewal of enterprises and city life support systems.
Morhunov said the accession of all Ukraine to the Green Deal is at the stage of forming the roadmap. However, Ukrainian cities are already moving in the right direction.
The Green Deal of Vinnytsia is a logical continuation of the long-term plans of the society, fixed both in the Vinnytsia Concept of Integrated Urban Development until 2030, and Strategy 3.0, a plan for the development of communities throughout the region. The priority is the “green” economy, smart specialization, affordable, safe and environmentally friendly environment,” the city mayor said.
He said that Vinnytsia is implementing advanced European experience not for the first time. Thus, in 2015, the city was the first in Eastern Europe to receive the European Energy distinguishing feature and in 2019 confirmed the high status of an energy-efficient regional center. Programs for the efficient consumption of energy resources, the launch of environmentally friendly urban transport, trams and electric buses, are being developed here now.
“We are striving to involve international experts and financial resources for the implementation of green projects that we have in our plans,” Morhunov said.
In turn, Maasikas said that on such a highly urbanized continent as Europe, cities, towns and citizens play a key role in responding to climate change.
Maasikas said he is pleased that the Ukrainian city and people are actively working on the green transformation of society. According to the diplomat, since the announcement in 2019 of the European Green Deal, it has set the direction for transformational change and this is the new growth strategy of the EU. It reflects the idea of ​​​​transitioning the entire economy to a green economy. He also said that Ukraine shares these hopes. 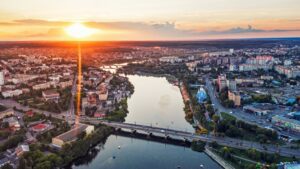 The Austrian-based Head Group has received permission from the State Inspectorate for Architecture and Urban Planning of Ukraine to start the construction of the Head Vinnytsia plant on the territory of the Winter Sport industrial park, Andriy Ocheretny, the deputy mayor of Vinnytsia, said on Facebook.
“The completion of construction of the plant and commissioning of production facilities is scheduled for December 2022. The company plans to invest about EUR80 million in the creation of production, administrative and storage facilities,” he said.
The deputy mayor clarified that since May 12, 2021, preparatory work on the land plot continued at the site: more than 100,000 cubic meters of fertile soil layer were removed, reinforced concrete supports were installed for laying a cable power line, temporary connection networks from the substation were installed.
According to the project, the building of the plant will consist of production and storage facilities, an administrative building, a sewing workshop. The production building will house workshops for the manufacture of skis, boots and bindings, as well as warehouses for raw materials and finished products.
The total area of production premises after the commissioning of the enterprise in 2023 will be 43,000 square meters.
Ocheretny noted that, as expected, this plant will be one of the largest Head Group plants in the world and will provide jobs for more than 1,200 residents of Vinnytsia.
As reported, the total area of the Winter Sport industrial park is 25 hectares. The start of construction of the plant took place in May 2021.
Head International Holding GmbH manufactures sports equipment for winter sports, tennis and scuba diving. The company’s production facilities are located in Austria, the Czech Republic, Bulgaria, China. The company is present in 85 countries around the world. 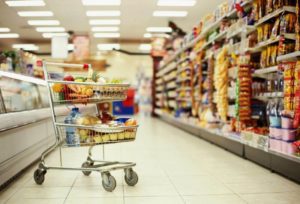 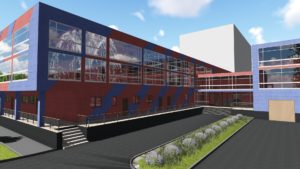 Vinnytsia authorities plan to launch the first phase of an innovation and technology park in the territory of Krystal (Crystal) plant in 2021, investment in the project is estimated at UAH 200 million, the director of the Vinnytsia City Council economy and investment department, Vitaliy Pohosian, has told Interfax-Ukraine.

“This is the former industrial territory of the giant plant Krystal. It is now operating, but to a lesser extent, so we took unused buildings into municipal ownership … The project [of an innovation and technological park] is fully funded by the city budget. The cost is estimated at approximately UAH 200 million. We’ve received permission from the State Architectural and Construction Inspectorate. We don’t focus on getting the maximum rental income, it’s important for us to fill the park with high quality residents,” Pohosian said on the sidelines of the conference on industrial construction Industrial 2.0 in Kyiv.

According to him, the total area of the park will be 8,500 square meters, the height is three floors. It will include more than 100 offices for 1,000 people. It will host the Center for Enterprise Development, co-working space, an event zone, an office center, a startup accelerator, the first children’s technological park, etc.

“We are creating an eco-system for creative industries in the city. Donetsk National University is operating next to the facility, which moved to us from Donetsk. Therefore, it will be a win-win system – employers will be able to get qualified workers, and students will get job,” he noted.

As expected, the park will be commissioned in stages starting in 2021. 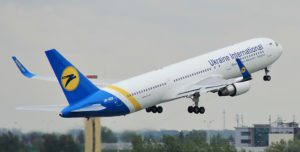 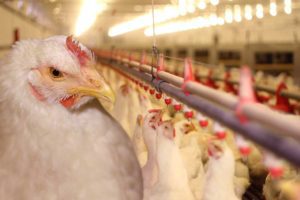 Myronivsky Hliboproduct (MHP) plans to complete Phase 2 of the Vinnytsia poultry complex with a capacity of 260,000 tonnes by 2022.
According to an annual report of the company, MHP launched the first site of Phase 2 of the complex in 2018 with a capacity of 30,000 tonnes. The expansion of production would allow MHP to increase poultry production by 36%, to 840,000 tonnes from 618,000 tonnes.
According to the report, MHP also continues actively seeking opportunities for mergers and acquisitions of companies that produce or process poultry meat in the EU, the Middle East and North Africa.
According to the report, since 2018 the company is building the second and largest biogas complex with a capacity of 24 MW at the Vinnytsia poultry complex. The complex will reach its full capacity in two years. The launch of Phase 1 with a capacity of 12 MW is scheduled for the middle of 2019.
MHP also intends to increase the land bank to 500,000 hectares (by the end of 2018 it had 370,000 hectares) “over the medium term in order to further reduce the dependence on third-party suppliers of ingredients for fodder, and to provide additional hard currency revenues from grain export sales.”
According to the report, the capital investment of MHP in 2018 amounted to $232 million, mainly thanks to the launch of the production sites of Phase 2 of the Vinnytsia poultry complex. The planned volume of capital investments for 2018-2022 is $420 million.