POLAND HANDS OVER 20 WAGONS WITH ELECTRICAL EQUIPMENT TO UKRAINE 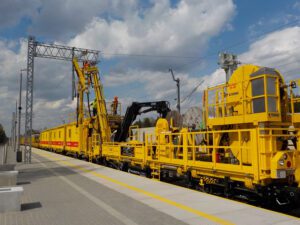 Polish companies, with the assistance of the Polish Power Transmission and Distribution Association, handed over 20 wagons with electrical equipment to Ukrainian power engineers, the Ministry of Energy of Ukraine reported on its website on Thursday.
“Electrical equipment, power transmission towers, transformers, generators, power cables transferred by Polish companies with the assistance of the Polish Electricity Transmission and Distribution Association were transferred to seven regions of Ukraine,” the ministry said in the report.
According to the ministry, the first two batches of aid from Polish companies have already been distributed and transferred to distribution system operators in Kyiv, Odesa, Zaporizhia, Luhansk, Chernihiv, Mykolaiv, and Sumy regions. The third batch is awaiting distribution and transfer to the regions.
“We are very grateful to our Polish colleagues for their help in restoring the power infrastructure destroyed due to Russia’s military aggression against Ukraine. The equipment received, first of all, will be aimed at restoring power grids and power facilities, which were most damaged due to hostilities,” Energy Minister Herman Haluschenko said.
As the Ministry of Energy said, in total, assistance from Polish companies amounted to more than 12,500 units of equipment, including line fittings, power transformers, backup power generators, more than 400 reinforced concrete poles for power transmission lines, as well as more than 65 km and 7.3 tonnes of power cable and wires. 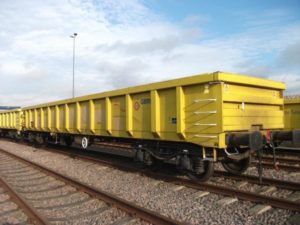 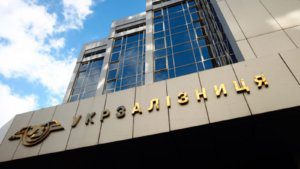 The European Bank for Reconstruction and Development (EBRD) could sign one more agreement with public joint-stock company Ukrzaliznytsia in 2018 to provide funds to buy wagons. An Interfax-Ukraine correspondent has reported that Deputy Director of the EBRD for Ukraine Marina Petrov gave the information at the Ukrainian Infrastructure Forum 2018 in Kyiv.
“We hope that in the near term we will sign one more deal on the purchase of wagons,” she said, not specifying the details of the future agreement.
Petrov also said that the annual total volume of lending in the infrastructure area of Ukraine by the EBRD is up to EUR 300 million.
“We expect that EUR 150-300 million, which we usually make in the transport sector a year, we would make this year,” Petrov said.
As reported, Ukrzaliznytsia seeks to buy around 9,000 new wagons in 2018, including 5,180 from third parties. 3,400 out of 5,180 wagons to be bought from third parties some will be bought using the planned loan of the EBRD.