FALL OF AGRICULTURAL PRODUCTION IN UKRAINE ACCELERATES IN SEPTEMBER TO 19.2% 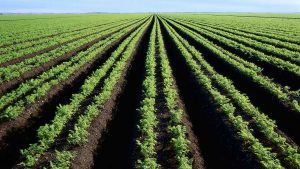 The fall of agricultural production in Ukraine accelerated in September 2020 from the same month in 2019 to 19.2% from 5.5% in August, the State Statistics Service reported on its website.
According to its data, in general, in January-September this year, the decline in the Ukrainian agro-industrial complex accelerated to 13.1% from 9.8% in the eight months.
As reported, in 2019 agricultural production in Ukraine increased by 1.1% after jumping by 8.1% in 2018 and falling by 2.2% in 2017. 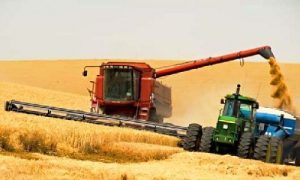 ONE OF THE LARGEST UKRAINIAN AGRICULTURAL GROUPS KERNEL POSTS LOSSES IN Q3, 2020 FY 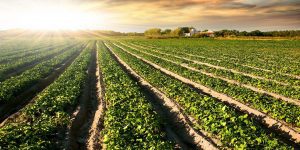 Kernel, one of the largest Ukrainian agricultural groups, in the third quarter of the fiscal year 2019 (FY, July 2019-June 2020) posted $22.2 million in net loss against $15.9 million in net profit for the same period last year. According to the financial report on the company’s website, its revenue in January-March increased by 30.4%, to $1.5 billion amid high sales of vegetable oils in natural terms, purchased from external suppliers during the reporting period, EBITDA by 1.9 times, to $104 million.
In general, for the nine months of 2020FY, Kernel’s net profit decreased by 2.2 times, to $82.56 million compared to the same period in 2019FY, revenue by 4.9%, to $2.91 billion, while EBITDA grew by 12% and amounted to $320 million.
Revenues in the oilseeds processing segment for the third quarter of 2020FY increased by 3%, to $375 million, revenue in infrastructure and trading segment increased by 42%, to $892 million.
Revenues in the oilseeds processing segment over the specified period decreased by 6%, to $1.04 billion, while revenue in infrastructure and trading segment rose by 3%, to $2.45 billion.
In the revenue structure, Kernel intragroup settlements for the third quarter of 2020FY grew by 13%, to $392 million, for nine months of 2020FY by 20%, to $1.07 billion.
The ratio of net debt to EBITDA as of March 31, 2020 amounted to 3.5 against 2.5 on the same date in 2019. Net debt stood at $1.33 billion, which is 1.7 times more than on the same date last year.
The company notes that on April 30, 2020 it paid dividends of $21 million ($0.25 per share), approved by the shareholders at a general meeting on December 10, 2019.

EXPORT OF AGRICULTURAL PRODUCTS OF MHP GLOBALLY HAS NOT CHANGED

Due to the COVID-19 coronavirus pandemic, the export of agricultural products of the Myronovsky Hliboproduct (MHP) globally has not changed; the geography has slightly shifted from Europe towards Asia, the owner of the MHP, Yuriy Kosiuk, has said. “Globally, nothing has changed. Europe has slightly fallen due to lower consumption, although all of our enterprises are located there. The Arab markets, Africa have grown. Japan is a little closed, but in the near future, I think, everything will reopen. In general, the picture is unchanged. The only thing is that the geography has shifted slightly from Europe to Asia,” he said in an interview with the Novoye Vremia publication.
According to Kosiuk, the countries of the Arabian Peninsula have already made a request to support and secure them in the supply of meat.
“This issue became especially acute after the opening of markets. Many companies in these countries closed due to COVID-19 cases at production facilities. A similar situation in the United States: closures of production facilities due to outbreaks of COVID-19, shortage in the domestic market, half-empty shelves in stores. In Ukraine, thank God, this did not happen,” the owner of the company said.
At the same time, Kosiuk does not believe that, amid the coronavirus crisis, Ukrainian producers got the opportunity to gain more in the export of food products.

COST OF AGRICULTURAL PRODUCTION IN UKRAINE IN JAN-MARCH DECREASES BY 7.3% 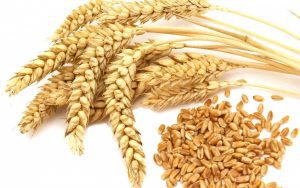 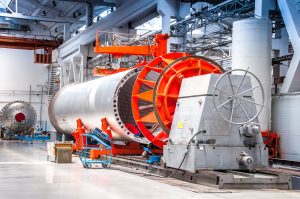 Avers-Agro agricultural equipment manufacturer in connection with the coronavirus pandemic launches production of lung artificial ventilation devices.
The company told the Interfax-Ukraine agency that production of ventilators was established as part of an international project.
“Our company participates in an international project together with manufacturers from Italy and Germany: there the devices have already been licensed. We adapted our devices a little for the Ukrainian market. This week we will release the first ten ventilation machines and at the end of the week we submit documents to the State Service of Ukraine on Medicines and Drugs Control for registration,” the company said.
Avers-Agro also emphasized that several private clinics were already interested in the devices.