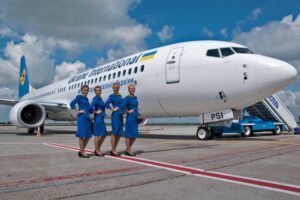 Ukraine International Airlines (UIA) will continue operating flights according to the existing schedule, the company’s press service reported on February 14. “Ukraine International Airlines will continue to operate flights according to the existing schedule, operating 16 medium-haul aircraft without any changes in the schedule. In particular, today’s evening flights and tomorrow’s morning flights are operated without changes,” the company said in a statement.
UIA said the preservation of operational work was made possible by a constructive dialogue between UIA’s business partners, as well as cooperation with the Government of Ukraine.
“Currently, tickets for flights of UIA and partners are on sale on the official website of the airline. The airline will continue to regularly report any possible changes in its operations,” the airline said.

UKRAINE DOES NOT PLAN TO CLOSE AIRSPACE 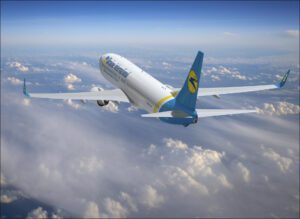 Ukraine has no plans to close its airspace to civil aviation, as there are no grounds for this, Secretary of the National Security and Defense Council of Ukraine (NSDC) Oleksiy Danilov has said.
“We do not close our airspace, and we are not going to close today, and there are no grounds for this. As for some companies that lease aircraft and reinsure themselves. First of all, it is connected with the Netherlands. You remember when Russia shot down MH17 in Donetsk region. They are reinsured today. I emphasize once again: we do not see this, we will not close it,” Danilov told reporters after a meeting with representatives of the Verkhovna Rada on Monday. 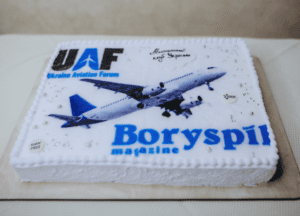 Presentation of the private aviation club, Ukrainian Aviation Club (UAC), took place on February 8 in Kyiv, Premier Palace Hotel. This is a professional community that includes international and Ukrainian airline companies, airports and other representatives of aviation and touristic business.
A new edition of the main aviation magazine of Ukraine – Boryspil Magazine, dedicated to the Arabian Gulf countries – was presented at the event. Oleksii Didigurov, the Founder of the Ukrainian Aviation Club, told about the development plan for 2022 and shared his ideas about new projects. Veronika Bulavytska, a Country Manager of Air Astana Airlines, informed about renewal and flight safety from Kyiv to Kazachstan. During the event, UAH 7,000 was collected from the sales of books by the UAC founder, Oleksii Didigurov, which were transferred to Sky People fund.
The representatives of the following companies visited the event:
the main Ukrainian airport – Boryspil, the Head of UkSATSE;
Wizz Air, ElAl, Air Astana, Air Arabia, Windrose Airlines Ukraine;
Ras Al Khaimah tourism office; the U.S. Embassy in Ukraine, Touristic Department of the American Chamber of Commerce; Raisky and Insignia concierge services, aircraft maintenance companies and business aviation,
as well as companies related to flights and mass media.
The partners of the event were: Premier Palace, Qatari Embassy in Ukraine, Krayna. Dyka Voda Zakarpattia (Krayna. Wild Water of Transcarpathia).
Gifts of the following brands were awarded: Ras Al Khaima Tourism, Royal Thai Spa, EKIP-SPORT, Koshkin Dom, Avialiga.
All guests received 50% discount for a stay in Mola Mola Apart Hotel in Lviv.
Qatari Embassy in Ukraine treated the guests.
The next UAC meeting is to take place in March, in a private format, and will be devoted to marketing and PR experts in aviation and tourism. 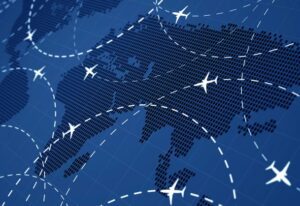 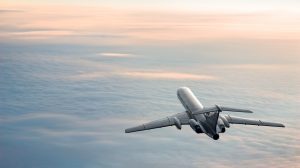 President of Ukraine International Airlines (UIA) Yevhen Dykhne does not see any reasons for airlines to raise airfare at the initial stage of lockdown ending.
During the press conference on Saturday, June 13, the video of which is available on the page of Boryspil International Airport, he said that all airlines today have excess resources, and at the same time very low demand is expected for their services, which will be compensated by all possible means.
“Therefore, it is absolutely logical that all instruments, including low prices, will be included in the fight against excess resources between companies for low demand and low passenger numbers. Due to this, insinuating that the additional costs of airlines and airports will somehow affect the airfare, in my opinion, is not justified. Today, the airfare is defined by the market’s supply-demand situation. Thus, I think that aviation will start operation from very low prices, affordable flights at a loss,” Dykhne said.
He also said that UIA communicates with all passengers who bought tickets for the airline’s flights, considering options for transferring flight dates, compensation using a voucher, or refund.