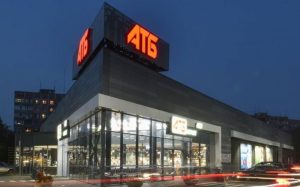 TB-Market LLC (Dnipro), owning the discount shop chain in Ukraine and part of the ATB Corporation, is not intending to adjust its plan to open new stores for 2020, Director General of ATB Corporation Borys Markov has said in a statement. “We do not change the plans for the opening of stores in 2020 we are working according to plan. However, everything will depend on the depth of the economic crisis and the quarantine period. Our plan is to open 100 stores. We have a different cycle [than other retailers], 90% of the stores that we planned to open this year were purchased in 2019 and are in different state of preparation of documents, repair, or construction,” he said during the retail company anti-crisis management online webinar broadcasted on Tuesday, April 14.
According to Markov, 90% of ATB’s retail space is owned by the company, part of the vacant space is rented by the retailer, thus, when quarantine was introduced, the company negotiated with the landlords and its tenants about the rental benefits.
“We have 10% of the stores for rent and almost 100,000 square meters of vacant space that we lease. Thus, we operate responding to the current situation, without waiting for any decisions from Ukrainian Chamber of Commerce and Industry or laws, we negotiated with everyone and tried to make compromises,” he said.
Markov also said that one of the main challenges when quarantine was introduced was to cope with large fluctuations and falling in demand of buyers.
“We have seen catastrophic amplitude of demand and supply day by day, from 50% rise to 20% decline during the last week of March. Therefore, we mainly focused on maintaining the supply chain, stable uninterrupted work of almost 10,000 staff, which provides for the movement of trade, the availability of goods and imports,” the CEO of ATB Corporation said.
ATB Corporation is a group of companies involved in retail trade, production and sale of food. 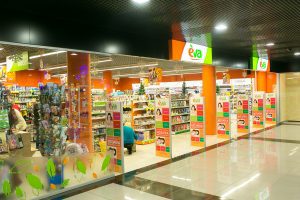 RUSH LLC (Dnipro), which manages of about 1,000 Eva perfume and cosmetics stores chain in Ukraine, increased online sales 7.8 times during quarantine in March 2020 compared to the same period in 2019, the company’s press service said on Tuesday, April 7. “We were prepared for the demands of the times, as before the crisis, we actively developed online sales through the Eva.ua online store. The numbers indicated that we are moving in the right direction. This is also confirmed by our current statistics. In March 2020, compared to March 2019, traffic grew by 305%, and sales grew by 680%,” the company said in the statement, citing Director of the electronic commerce department Olena Annenko.
Sales in March compared to February increased by 40%, traffic grew by 25%.
Thus, at the end of March, compared to February, sales of household goods increased 4.4 times, goods for child care almost four times, goods for personal care three times, household chemicals increased by 30.8%.
In addition to the current targeted delivery, the company intends to resume the delivery to pick-up and drop-off points in offline stores of the chain, which has been suspended since the beginning of quarantine.
RUSH LLC was founded in 2002. It has 40 own brands, which are represented by household goods, perfumes, cosmetics, jewelry, personal hygiene products, accessories, underwear and children’s goods.
The charter capital of LLC RUSH is UAH 10 million.

TESLA SUPERCHARGER CHAIN TO SPREAD TO ENTIRE EUROPE IN 2019, INCLUDING UKRAINE – MUSK 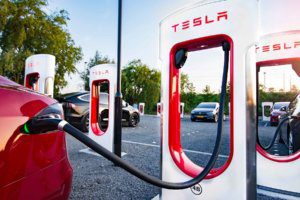 The Tesla Supercharger chain of Tesla Inc. would spread to the entire Europe in 2019, including Ukraine, Tesla CEO Elon Musk has said.
“Most people don’t know that the Tesla Supercharger network allows easy long distance travel throughout USA, most of Europe, Canada and China… Yes. Supercharger coverage will extend to 100% of Europe next year. From Ireland to Kyiv, from Norway to Turkey,” he wrote in his Twitter microblog.
In one of his tweets he posted a link to the tesla.com website, where in the charging locations section two of the charging locations in Ukraine are marked in grey (soon to appear). The two locations are on the E40 highway. The first one is Oparypsy (a village in Rivne region) and the second one is Zhytomyr (near the village of Hlybochytsia, Zhytomyr region).
The Tesla Superchargers chain is a chain of charging locations built by Tesla Inc. for super charging batteries of Tesla electric cars (models S, 3 and X).