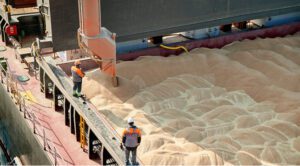 Ukraine is satisfied with the terms of the initiative signed in Istanbul on the safe transportation of grain and food from Ukrainian ports and is ready to resume exports from them in a few days, Infrastructure Minister Oleksandr Kubrakov said.
“In a few days we are ready to start exporting from the ports on the Black Sea,” he said via video link from Istanbul on the air of the national telethon, specifying that we are talking about the ports of Chernomorsk, Odessa and Pivdenny.
“I believe that we are signing the agreement on our terms, because our water area is completely controlled by us. No ‘zrada’. No one surrenders anything, everyone did it from a position of strength after the liberation of Snake Island,” Kubrakov emphasized.
According to him, there is no risk of Russian warships entering Ukrainian ports along the green corridors opened after mine clearance.
Commenting on the initiative, the minister added that none of the other parties would check anything in the Ukrainian water area and ports, and a selective inspection of ships in the Bosphorus area would be carried out by the Ukraine-RF-Turkey-UN joint four-party group.
Kubrakov noted that Ukraine is also interested in such control in order to remove the risk of ships with unchecked cargo arriving at Ukrainian ports.

A critical step towards ensuring the safe and reliable export of Ukrainian food products through the Black Sea was made on Wednesday in Istanbul at four-party talks involving Ukraine, Russia, Turkey and the UN, UN Secretary General Antonio Guteres said.
“Today, an important and meaningful step has been taken towards a comprehensive agreement. Now more technical work will be required to materialize today’s progress,” he said at a briefing at the UN.
Guteres stressed that the goal of all parties is not just an agreement between Ukraine and the Russian Federation, but an agreement for the whole world. 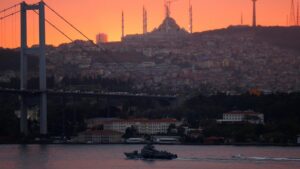 On Wednesday in Istanbul, at the negotiations on navigation in the Black Sea, a meeting of Ukrainian and Turkish representatives will first take place, and then an expanded meeting between Ukraine, Turkey, the UN and Russia. This was announced by Head of the President’s Office of Ukraine Andriy Yermak in a Telegram channel.
“Unblocking Ukrainian ports is one of the key components of global food security. We need to do this as soon as possible. We believe that the issue of unblocking Ukrainian grain exports should be resolved under the auspices of the UN. Secretary General António Guterres is involved in this process, we are grateful to him for this,” Yermak said.
He said “the strong position of our military in the Black Sea will allow the return of safe navigation of ships, which is also important for ensuring the protection of national and regional security. This is a priority for Ukraine. This will restore the export of Ukrainian grain and ensure the food security of the world.”
According to him, a round of negotiations on navigation in the Black Sea will be held tomorrow in Istanbul. “A meeting of Ukrainian and Turkish representatives is planned there. After that, an expanded meeting will be held between Ukraine, Turkey, the UN and Russia, at which the issues of the functioning of sea corridors for grain exports should be discussed. For Ukraine, the issue of security is a key one. I will tell you the details in due course,” the head of the President’s Office said. 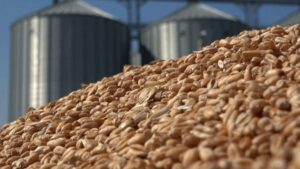 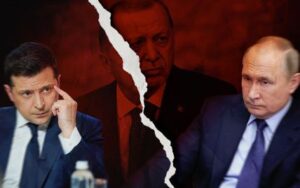 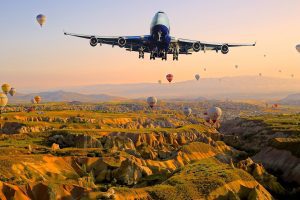