SECRETARY OF NATIONAL SECURITY AND DEFENSE COUNCIL: LEND-LEASE HASN’T STARTED FOR UKRAINE YET 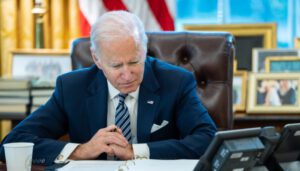 The supply of weapons to Ukraine from the United States under the lend-lease procedure has not yet begun and may start in a few months, says Secretary of the National Security and Defense Council (NSDC) Oleksiy Danilov.
“Lend-lease hasn’t started yet. But the adoption of the lend-lease law itself is a very positive decision for us. And lend-lease will be, the question is when. Here we come back to the fact that everyone’s clocks work differently in the war. For some, a day is like a day, but for us it’s completely different dimensions,” Danilov said in an interview with the League published on Saturday morning.
To a clarifying question when lend-lease arms deliveries are expected, he replied: “it could be July-August, maybe September.”
At the same time, Danilov said that there were “almost no Soviet-made ammunition of 122 and 155 mm caliber left.”
When asked how he assesses the results of Rammstein-3, the NSDC secretary replied: “We need to ask ourselves: who owes us something? To do this, we need to have a slightly different relationship with those countries that commit themselves. If our country were a member of NATO, it would be a completely different conversation.”
“Today we have to thank the countries that are helping us. There are a lot of them. We don’t know about all of them. A lot of countries ask not to voice the military weapons that they transfer to us. Time will pass and there will be our victory – we will thank everyone,” he said.
“No one will defend our country except us. Will they help us with weapons? They will. Will this weapon be enough? There are never enough weapons. But in this war, each country has its own tasks and visions for itself,” Danilov stressed.

PRESIDENT OF UNITED STATES SIGNS LAW ON LEND-LEASE FOR UKRAINE 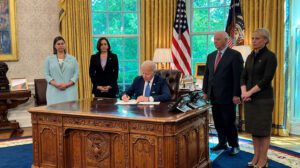 On Monday, May 9, US President Joseph Biden signed Law S. 3522 “The Lend-Lease Act for the Defense of Democracy in Ukraine of 2022”.
White House spokeswoman Angela Perez announced this on Twitter.
The description of the document on the website of Congress says that this law will give the US administration the right to provide military equipment to Ukraine and other countries of Eastern Europe during the 2023 fiscal year.
The bill was previously passed in the Senate and the US House of Representatives. 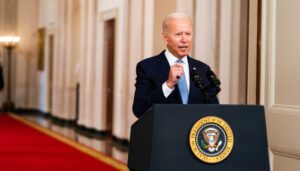 On Monday, May 9, US President Joseph Biden intends to sign law S. 3522 “Lend-Lease Act in Defense of Democracy in Ukraine of 2022,” according to Biden’s public schedule for Monday.
As noted, the signing will take place at 14.45 (21.45 Kyiv time). 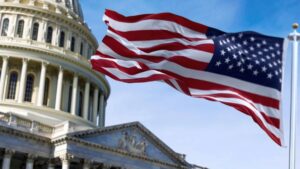 On Thursday evening, the US House of Representatives adopted a law on lend-lease and the protection of democracy in Ukraine, head of the Office of the President of Ukraine Andriy Yermak said.
“Lend-lease for Ukraine has finally been opened. The law has been voted on. Thanks to our allies,” Yermak wrote on his Telegram channel on Thursday evening.
The text of the document refers to granting the US President expanded powers to transfer or lease defense assets to Ukraine to “protect the civilian population from Russian military invasion” and for other purposes.
“After the adoption of the act, the chairman of the White House is obliged within 60 days to establish accelerated procedures for the delivery of products. The Lend-Lease Act allows us to significantly speed up the supply of weapons, transport, food and aid from the United States. And all this will allow us to drive the Russian army out of our territories” , – wrote the head of the OP.
He noted that Lend-Lease “means the US confidence in Ukraine’s victory over Russia.”
“This will be an important victory for our indestructible people, who were able to unite the civilized world around them in the fight against the Russian evil,” Yermak summed up.