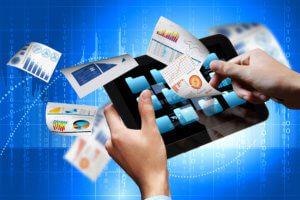 NATIONAL BANK MAY RAISE ITS KEY RATE TO AT LEAST 18%

The volume of private money transfers to Ukraine in January-May 2018 increased by 30% compared to the corresponding period of 2017, to $4.5 billion, Head of the Council of the National Bank of Ukraine (NBU) Bohdan Danylyshyn has said. “The volume of private money remittances to Ukraine grew to 8.4% of GDP in 2017 (according to the new NBU methodology). And it continues to grow rapidly this year (in January-May this figure was 30% higher than last year and reached $4. 5 billion),” he wrote on his Facebook page.
According to Danylyshyn, a new wave of labor migration from Ukraine is due to many factors, the most important of which are military aggression, a deep and long-term economic crisis, unemployment.
“The NBU inflation report for January 2018 said that the share of migrants in the population aged 15-70 is 8% … The scale of labor migration in Ukraine has become dangerously high for the future economic prosperity of the country,” he wrote. In his estimation, a strong external migration, including highly skilled workers, together with the population aging is a significant challenge for the state. “For example, the “brain drain,” in particular, means the loss of public resources invested in their education, the narrowing of industry, the deterioration of the business environment,” he said. 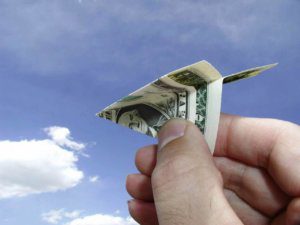 The volume of remittances to Ukraine via the money transfer systems in H1 2018 totaled $1.2 billion in the equivalent and from Ukraine – $140 million, the National Bank of Ukraine (NBU) reported on its website. According to the report, over the period remittances inside Ukraine accounted for UAH 69.4 billion.
As reported, the volume of money transfers to Ukraine through money transfer systems in 2017 decreased by 4.4% and amounted to $2.378 billion, from Ukraine – by 18.8%, to $286 million, while within Ukraine it increased by 21.4%, to $4.456 billion.
As of the beginning of July 2018, out of 37 money transfer systems that operated in Ukraine, 31 systems transferred funds within Ukraine and 12 systems provided cross-border transfer services.
The bulk of remittances within Ukraine is provided by systems created by resident non-bank institutions. At the same time, 11 these systems together carried out about 92% of all transfers. 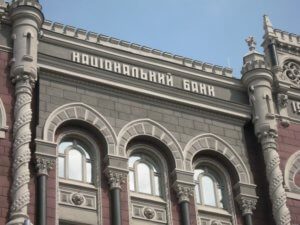 The National Bank of Ukraine (NBU) has asked the law enforcement agencies to investigate into activities of Royal Standard LLC, which attracted funds of depositors at high rates – 24-33% per annum in hryvnias and 18-22% in U.S. dollars, the NBU has reported. “The NBU does not grant licenses for attracting deposits or lending to entities that do not have the status of a bank, while the company has not received these licenses from other financial sector regulators – the national commission for financial service markets regulation and the National Commission for Securities and the Stock Market. Moreover, Royal Standard LLC does not have the status of a financial institution. That is, the company by law cannot attract deposits and issue loans,” the National Bank wrote on its Facebook’s page.
According to the NBU, Royal Standard offers investors to deposit cash directly at the office of the company or transfer it to its bank account, and the interest is promised to be paid to a bank card, the details of which are specified in the contract. As a guarantee of the deposit with the depositor, a pledge of rights to movable/immovable property is concluded, whereby the depositor receives a security deposit for property worth twice more than the value of the deposit. “People are explained that, in addition to accepting deposits, the company also provides loans to other persons securing them by property, namely, the rights to this property are transferred to depositors as a guarantee of the deposit. Market value and the existence of this property raise doubts,” the National Bank said. 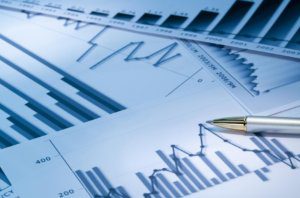 The growth of Ukraine’s gross domestic product (GDP) in the second quarter of 2018 slightly accelerated, to 3.2% from 3.1% in the first quarter, the National Bank of Ukraine said in the July inflation report. “In Q2, 2018, Ukraine’s economy kept growing. The high business expectations of companies were evidence of sustained growth in investment activity. The further increase in personal income fueled consumer demand. Overall, real GDP growth in Q2, 2018 is estimated at 3.2% year-on-year,” reads a report on the central bank’s website.
The steady rise in consumer demand was propelled by stronger household income (wages, pensions, remittances). The latter supported the high growth rates of retail turnover, the NBU said.
“As in Q1, the disruption of ties with the non-controlled territories last year had an impact on the pace of economic growth. As a result, gross value added in the metallurgy, mining industry, and energy sector kept growing despite being held back somewhat by repairs at several large enterprises of the mining industry and metallurgy,” the report says.
As reported, a week earlier the National Bank confirmed the forecast for Ukraine’s GDP growth in 2018 and 2020 at 3.4% and 2.9% respectively, but worsened expectations for 2019 from 2.9% to 2.5%.
In the inflation report, the NBU also confirmed the inflation forecast for the current year at 8.9%, but improved the forecast for underlying inflation to 7.1%.
The growth of Ukraine’s economy in 2017 accelerated to 2.5% from 2.3% a year earlier with the increase in inflation to 13.7% from 12.4%.