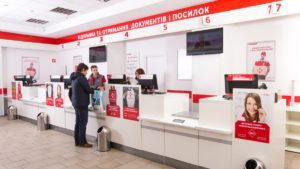 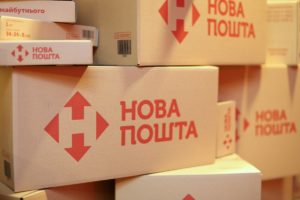 The Nova Poshta Group delivered 174 million parcels in 2018, which is almost 20% more than in 2017.
Co-owner of the company Volodymyr Popereshniuk said at a press conference late on Tuesday, in 2019, the company also seeks to achieve 20% growth in the number of deliveries.
The company also said that the number of items generated by business customers grew by 25% over the year, and online stores registered 36 million parcels in a year.
In 2018, Nova Poshta delivered 2.7 million international shipments, while the growth in deliveries from the United States doubled, and from Europe it increased by 3.5 times.
“In 2018, we opened about 350 new branches and installed more than 200 pick-up and drop-off points, which work not only in our branches, but also in the Epicenter, Lotok, Auchan and Leroy Merlin retail networks. We have grown to almost 3,000 points of presence and we will expand the network in small towns,” Director of Nova Poshta Oleksandr Bulba said.
He also said that the average speed of delivery of a parcel was reduced by 50 minutes.
In addition, in 2018, Nova Poshta transferred over UAH 3 billion in taxes and fees to the budget of all levels, which is 43% more than in 2017.
As reported, Nova Poshta in 2017 delivered 145.8 million parcels, which is almost 30% more than in 2016.
Founded in 2001, Nova Poshta Group is a leader in the express delivery market in Ukraine. The company’s network consists of almost 3,000 branches throughout the country. 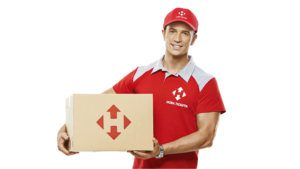 NP Logistic, part of the Nova Poshta Group, has signed a contract on the provision of logistic services to the Swedish furniture and home accessories retailer IKEA, planning to open its first store in Ukraine in 2019.
The press service of Nova Poshta reported on Wednesday that the company will provide storage and order completion services for the first IKEA city store in Kyiv.
“We are glad that IKEA selected us. This would allow uniting prime standards of fulfillment and delivery with the furniture retail,” the co-owner of Nova Poshta, Viacheslav Klymov, said.
NP Logistic’s core business is fulfillment: storage of goods at warehouses, online order completion and delivering them to customers.
As reported, in September 2018, IKEA officially announced that the group plans to open a first city store in Ukraine in 2019 in the Ocean Mall in Kyiv.
The development of the network in Ukraine will be under the aegis of IKEA Southeast Europe, which is part of the IKEA Group (Ingka Holding B.V.). The company is engaged in retail business IKEA in Croatia, Serbia, Romania and Slovenia.
Swedish IKEA is the world’s largest retail chains for furniture and household goods with 367 stores on 30 markets.
Nova Poshta was founded in 2001. Its network has more than 2,350 depots and a fleet of more than 3,600 trucks. In 2017, more than 145 million items were delivered.

DELIVERY COMPANY NOVA POSHTA PLANS TO INCREASE DELIVERIES BY 16.6% IN 2018 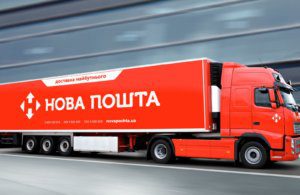 The Nova Poshta Group predicts that in 2018, the group would increase the number of deliveries to 170 million, which is 16.6% more than last year, Nova Poshta Director Oleksandr Bulba has said.
“The [upward] trend continues in 2018: we expect a 15-20% increase in the eight months ending August this year. We delivered 108 million parcels (for comparison, in the eight months of 2017, 90 million.) Our plan for this year is about 170 million parcels,” he told Interfax-Ukraine.
The press service of the group told Interfax-Ukraine that this year Nova Poshta intends to open up to 600 new points of presence of different formats.
As reported, Nova Poshta in January-June 2018 delivered 78 million items, which is 21% more than in the same period in 2017.
Nova Poshta was founded in 2001. Its network has more than 2,350 depots and a fleet of more than 3,600 trucks. In 2017, more than 145 million items were delivered. 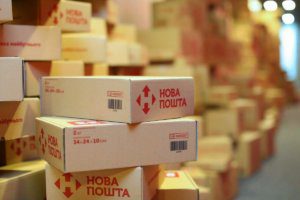 The Nova Poshta Group (Kyiv), operating in the express delivery segment, opened 49 new depots in August 2018.
According to a company press release, the total number of depots across the country grew to 2,440.
“In August, 49 depots were opened: 13 mini departments accepting parcels weighing up to 15 kg, 23 depots for sending parcels weighing up to 30 kg, and 13 depots unlimited by weight,” the company said.
New branches appeared in Kyiv, Ivano-Frankivsk, Ternopil, Kharkiv and other large cities, as well as in smaller towns – in Nadvirna, Bakhmut, Enerhodar, Ichnia, Baturin and others.
In addition, the company has changed the locations of 18 already operating branches to more convenient ones in different cities of Ukraine in order to reduce the load on the branches.
Nova Poshta also continued its partnership with retail supermarket networks.
The Auchan Ukraine network has four pick-up and drop-off points in Kyiv and it is planned to expand into all 23 stores.
Nova Poshta opens new depots in the Leroy Merlin network in Kyiv; the Lotok network has more than 10 pick-up and drop-off points around the city.
According to the company’s report, in January-July 2018, Nova Poshta customers in the e-commerce market sent 19.2 million items, which is almost 27% more than in the same period of 2017. 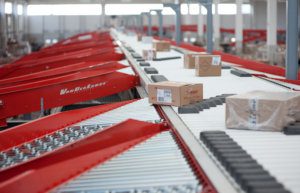 Nova Poshta (Kyiv), the leader of express delivery in Ukraine, in partnership with private co-investors is implementing a project on construction of a new logistic terminal of class A with gross area of 3,200 square meters in Chervonohrad (Lviv region).
“The Nova Poshta company gave us all terms of reference and requirements [to the facility], and we designed the facility and are building it. Then we will lease the premises to Nova Poshta. Decoration works inside the warehouse are being done. I think that in two or three months the facility will be launched,” the head and co-investor in the project Nazariy Bilobran told Interfax-Ukraine.
He said that the new warehouse of Nova Poshta will be located on two parcels of 0.8 ha (0.5 and 0.3 has) at 1 and 1B, Kopernik Street in Chervonohrad.
“The logistic terminal will be designed for reloading goods. There will also be a Nova Poshta branch, a client zone. This will be the third warehouse in Lviv region that will cover the northern part and probably part of Volyn region. Local business is carrying out all works to build the facility, taxes will be paid to the city budget,” Bilobran said.
According to Bilobran, this facility will become the second logistic terminal realized for Nova Poshta: in 2017 a similar project was constructed in Stryi (Lviv region).
Nova Poshta told Interfax-Ukraine that the company plans to build new terminals in partnership with developers.
“This year, Nova Posta is building a Khmelnytsky terminal, for which the EBRD has provided a loan. Other terminals will be built in partnership with developers, in particular, they have already begun to build in Lviv region and we are now in the process of negotiations with developers in Kharkiv,” the press service said.