AMAZON RECEIVES PEACE PRIZE FROM UKRAINE FOR SUPPORTING THE COUNTRY 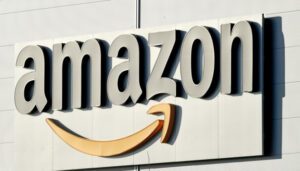 Amazon received the Ukraine Peace Prize for supporting the country during the war unleashed by Russia, the award was presented by Deputy Prime Minister and Minister of Digital Transformation Mykhailo Fedorov during a meeting in Lugano (Switzerland).
“Amazon AWS has been actively supporting Ukraine since the beginning of Russia’s full-scale invasion. The company helped save our digital infrastructure during the war. In particular, the migration of Ukraine’s state registries and critical databases to the Amazon AWS cloud environment was critical. And from the very first days of the war, it banned the registration of new customers from Russia and Belarus,” the message on the Telegram channel of the Ministry of Digital Transformation says.
The ministry notes that Fedorov also discussed with Liam Maxwell, Director of Government Transformation at Amazon Web Services, further cooperation in the areas of digital lending and the post-war reconstruction of Ukraine.
“Maxwell noted that the company is ready to help with technological solutions for the digitalization of the public sector and the judicial system,” the ministry said.
Ukraine Peace Prize is an award introduced by the President of Ukraine for companies and corporations, governments, officials, world politicians who most support Ukraine and help in the fight against the Russian aggressor.
As reported, Google was the first to receive the Ukraine Peace Prize. This award was also received by Microsoft.