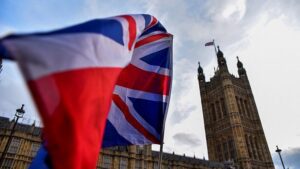 The UK authorities are considering the possibility of confiscating frozen Russian assets in the kingdom for transfer to Ukraine, reports The Guardian.
According to the newspaper, British Foreign Secretary Liz Truss said that the UK intends to follow the example of Canada and seize the assets of Russians in the United Kingdom in order to transfer them to Ukraine.
“I support this concept. We are following it very closely. Canadians have actually just passed a law that we are working on with the Home Office and the Treasury, but I certainly agree with this idea. We just need to work out all the details of this issue “, – quotes Truss edition.
She noted that the British Parliament “most likely” will need to pass a new law that allows this to happen. However, the minister added, perhaps it will be possible to do without it.
The newspaper notes that the seized funds can be transferred either to private individuals in the form of damages, or to the Ukrainian authorities. 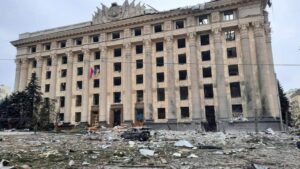 Canadian Foreign Affairs Minister Mélanie Joly has said the federal government of Canada will change its sanctions law to allow seized and sanctioned foreign assets to be redistributed as compensation to victims or to help in rebuilding a foreign state from war, the Canadian Broadcasting Corporation (CBC) has reported.
“Today, we are seeking the capacity to not only seize but to allow for the forfeiture of the assets of sanctioned individuals and entities and to allow us to compensate victims with the proceeds… These changes would make Canada’s sanctions regime the first in the G7 to allow these actions,” Joly said in a statement on Tuesday.
The CBC said that Canada is among a number of countries to have imposed sanctions on Russia after it invaded Ukraine on February 24. The changes that Canada aims to bring to its sanctions law will mean that funds or property seized from Russia could be paid out to help rebuild Ukraine or go to those affected by Russia’s invasion.
The text of the bill says the seized assets can be used for “the reconstruction of the foreign state adversely affected by a grave breach of international peace and security.” The funds could also be used for “the restoration of international peace and security” and to compensate victims when that security is breached.
A similar bill that would allow Canada to seize and confiscate Russian assets for the purpose of supporting victims of Russian attacks was already tabled by Sen. Ratna Omidvar and is poised to be approved by the upper chamber.
According to the CBC, the Ukrainian Embassy to Canada has urged lawmakers to quickly enact Omidvar’s bill. “We believe it is absolutely fair that Russian state property or ill-gotten assets of Russian oligarchs must become a part of reparations by the aggressor state to the victim of the aggression… By passing the Bill S-217 Canada will demonstrate leadership and could set an example for others to follow and show that the Russian kleptocratic corrupt regime will pay the full cost of its crimes against Ukraine,” the embassy said in a statement.